During the next three days, it looked as if there was little hope in finding the missing SEALs, but no one lost faith. We were all pulling for them. Murphy, Dietz, Axelson and Luttrell. Everyone was talking about them, and in such a small community, everyone had stories to share. Not only about those still missing, but also those who had been lost in the rescue attempt. 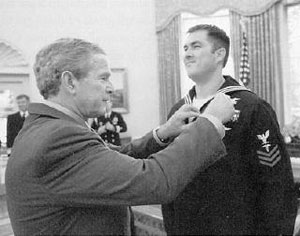 After all, it wasn’t everyday that a civilian, or a brother with a serious No-Shave Chit entered the office. He extended his hand and said “Just here to see the guys, I’m Marcus Luttrell.” I immediately got the chills, shook his hand and said what an honor it was to meet him.

I dropped what I was doing to stay in the office and eagerly listen in on what this patriot had to say. After reuniting with some of his former classmates from BUD/s that I worked with, he proceeded to tell everyone the story of Operation Redwing. 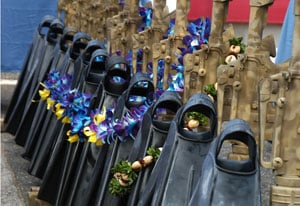 It fires me up just thinking about it to this day, and I will never forget the sacrifice these patriots have made four our great nation. Please take a moment of silence today to remember those lost during Operation Redwing.

Note: This article is a repost of what I wrote up last year, but I feel it’s still ever as relevant today and I will always honor these brave heroes!