Lockdown: What to Do After Locking the Doors - ITS Tactical

“Get inside and lock your doors!” There is a new word creeping into our vernacular: LOCKDOWN. Some call it “shelter in place,” a more benign term, which seems more applicable during epidemics or natural disasters. Lockdown implies a more immediate threat to physical safety – a more fitting term for what happened in Watertown, MA, and the surrounding Boston area.

Terrorist in the Backyard

My wife happened to be up late, when a friend alerted her to activity on the Boston Police Scanner. She listened live to the car chase with the suspects of the Boston Marathon bombing, the gunfight, the bomb explosion, the fugitive escape through the police barricade, calls for EMT’s for the wounded police officers and information flowing in about the carjacking. And then finally the announcement: A mass murdering “armed and dangerous” terrorist was on the loose in Watertown, an American suburban neighborhood, and law enforcement ordered a lockdown. She felt grateful to be thousands of miles away from the mayhem but she knew it wasn’t over for those residents.

The next morning she had questions: If she had been home alone with the kids and an armed fugitive was escaping and evading in the neighborhood, did she need to do more than “Stay inside and lock the doors?” Here are her questions, and my responses.

I prefaced my answers with the bad news: Nothing in the house would stop a bullet. If she was in close enough proximity to hear a gunfight (which can sound like firecrackers – FYI) then she should keep herself and the children away from the window and doors, and as low as possible. If there is a basement, go to the basement. Otherwise, sleep on the floor. When the crack NCIS team finds bullets lodged in walls indoors, it’s because the bullets have been through a person or a few walls.

A bullet from a .22 LR can travel 1 -1.5 miles. Bullets from an AR can travel 2-3 miles if unimpeded. So a gunfight in a neighborhood is a very dangerous situation, whether the bullets are coming from law enforcement or criminals. (A photo, in a series of photos, circulating taken from the second story window by a witness of the gunfight between police and the 2 terror suspects, shows a bullet hole through the second story bedroom wall, calendar and computer chair.) 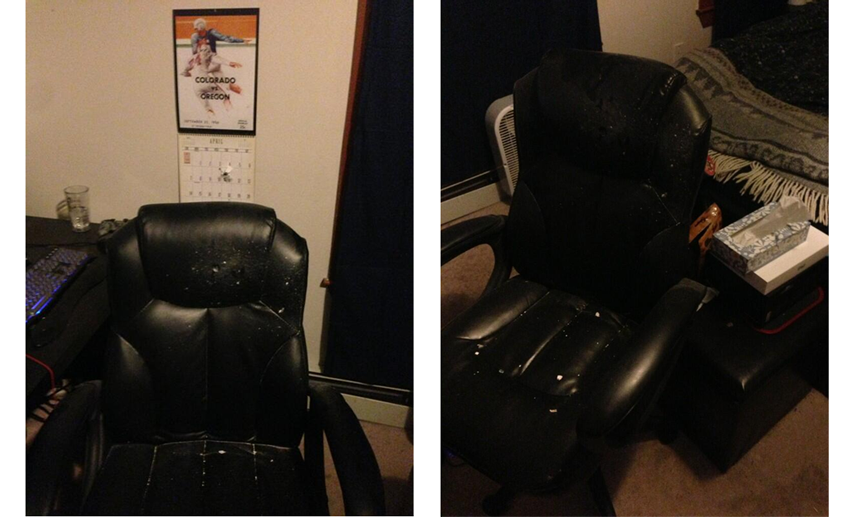 Q: Do I keep the lights on or lights off?

A: I go back and forth on whether to turn all the lights off at night or to have all the lights on during a lockdown. I favor having them off because I have a Night Vision device, and that would be advantageous. For most people keeping all the lights on might a) deter the fugitive from choosing your house, and b) allowing you to see so you can more effectively protect yourself if there is an intruder. Pull down all the shades and close the drapes so a predator won’t be able to determine who or how many people are in the home.

Monitor the motion detectors on all four sides of your home. Make sure you have motion lights over doors as a minimum. It is not difficult to add a beeper inside your house that alerts you when a light turns on. These motion detectors are great night time deterrents.

Q: Keep the dog in or put the dog out?

A: Big dog outside, small dog inside. Dogs can be excellent at both protection and deterrence. A large dog in the yard will likely make the potential invader go down the road to the next house. Dogs are usually better than security systems for deterrence. Security companies will not like me saying this, but the problem with most systems is that people do not turn them on because of the inconvenience. Dogs bark at someone entering the property. Almost always.

Given a house with a large dog outside barking, and an empty yard, most fugitives would avoid the property with the dog. Smaller dogs, ankle biters, are better indoors as they can provide an internal warning of a visitor outside. Burglars describe dogs as one of the biggest deterrents.

Q: Can I go to sleep, or should I stay awake?

A: The manhunt lasted about 20 hours. In the case of a lockdown, you want to make sure that someone can stay awake and alert to monitor the situation via a police scanner (or smartphone app), news and even social media. I would not suggest taking an Ambien and putting in the earbuds for the night. Turn down the volume of TV’s and video games so you can be alert to sounds outside and inside the house. Keep your shoes on. When law enforcement evacuated residents at gunpoint from some of the homes, people were caught barefoot and forced to evacuate. One Watertown resident said that he asked police if he could put his shoes on before leaving, and was told, ‘No.’ Also, the adult should be the only one to answer door, and be prepared to leave immediately with go-bags.

Q: Should we go hang out with the neighbors?

A: There is safety in numbers. More people equals more eyes. A person living alone should probably congregate with other neighbors. Same with a single parents and small children. Leave a small note on the front door for law enforcement that says, ‘Door is open. House is empty.’ with a contact number.

onPointTactical has two mottos: “Training Trumps Gear,” and “Community Trumps Training.” It is better to be trained than equipped. The more you know, the less you need.

The second part, Community Trumps Training means that you, as an individual, are less safe alone in challenging situations, than when you are in league with others. You can’t watch all directions by yourself, you can’t cook, tend the children, protect the house, watch the neighborhood alone. So to protect your family, extend yourself and form a neighborhood community. Have each others phone numbers, and communicate suspicious activity.

Speaking of neighbors, it’s helpful to think of home security in what we call layers or concentric rings of security. We start as far out as possible from our home. To do this effectively you need more eyes and ears than you have. A neighborhood watch helps keep the neighborhood safer by providing current information and reporting on suspicious activity.

The next layer of security begins at the property line. If you live on a large or even average sized lot, you may want to install perimeter alerts at key entry points. A wireless driveway sensor lets you know when someone comes onto the property by way of the driveway. You can do the same for footpaths and gates in fences. A simple beep alerts you that someone has entered the property.

There is a universal principle that the trade off for security is convenience. One of the advantage of passive monitors like these is that they do not require constant vigilance. In essence they are force multipliers. They simply require you to look when you hear the beep.

Improve the quality of outside locks and doors. The majority of houses in the US have very inexpensive locks that were put on when the house was built. These locks can be picked in a matter of seconds. Start with locks. Talk to a locksmith. Find a GOOD brand.

Next, improve the strength of the door jams by installing door jam reinforcement. Most home improvement stores sell a U-shaped steel channel, that combined with a good lock will make the doors very hard to kick in.

Secure sliding glass doors with a dowel laid into the channel on the non-opening side that blocks the door. If the windows will be opened, drill and peg the window frames so that they cannot be opened without breaking the glass (unless you remove the peg of course).

The next layer of protection will be the most controversial. It is my suggestion that you have a means of protection in the form of a weapon if all these preventions have failed.

From a non-lethal perspective, consider keeping a can of wasp spray next to your bed. It will shoot about twenty feet and render the attacker in serious distress. I do not like pepper spray indoors because it affects both the perp and the person spraying it. It is very hard for you to spray it in your house and not end up disabled on the floor.

The familiar recommendations of knives and firearms require training to be genuinely safe and effective for home defense purposes. That is a post for another time.

The further out you can become aware of the threat, the better your chances of keeping predators away from your family and maintain the ability to respond to the threat appropriately. Remember, when seconds count, the police are minutes away. We call this responsibility. 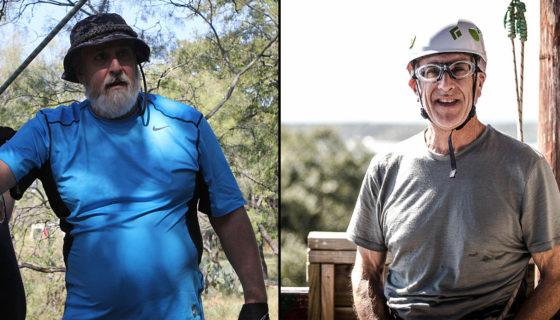