Today I’m going to share some techniques with you that I came up with for creating dead drop devices during a previous SCG International Tactical HUMINT Operations course.

One of our taskers at the end of one class day was to create two dead drops by the next morning. This assignment was give to us at around 6 p.m., so with limited time, I did what anyone wanting to create dead drop devices would do. I hit the local Wal-Mart.

For a brief history on dead drop devices and their use, I’ll direct you to a previous post of ours where we went over some specifics and usage. Suffice to say the purpose of one of these devices is to covertly or overtly leave a message for another person without actually meeting in person.

During the SCG HUMINT class, we had to utilize dead drops to leave and retrieve messages to further our intelligence gathering against the opposition. Just using your local Wal-Mart for the necessary supplies, I’ll take you through a few of the dead drops I created and how they’re best utilized. Be sure to check out the video at the end of this article too!

Imagine with me for a few seconds and picture some places that you think could work for both covert and overt dead drop locations. Keep in mind that these locations must be somewhere that doesn’t cause suspicion when being left or retrieved. Perhaps a public bathroom? Walking the dog and tying your shoe?

While you can get creative and make your dead drops ahead of time, it’s much better if you know where and how you’re going to leave your message and mold your device with those things in mind. 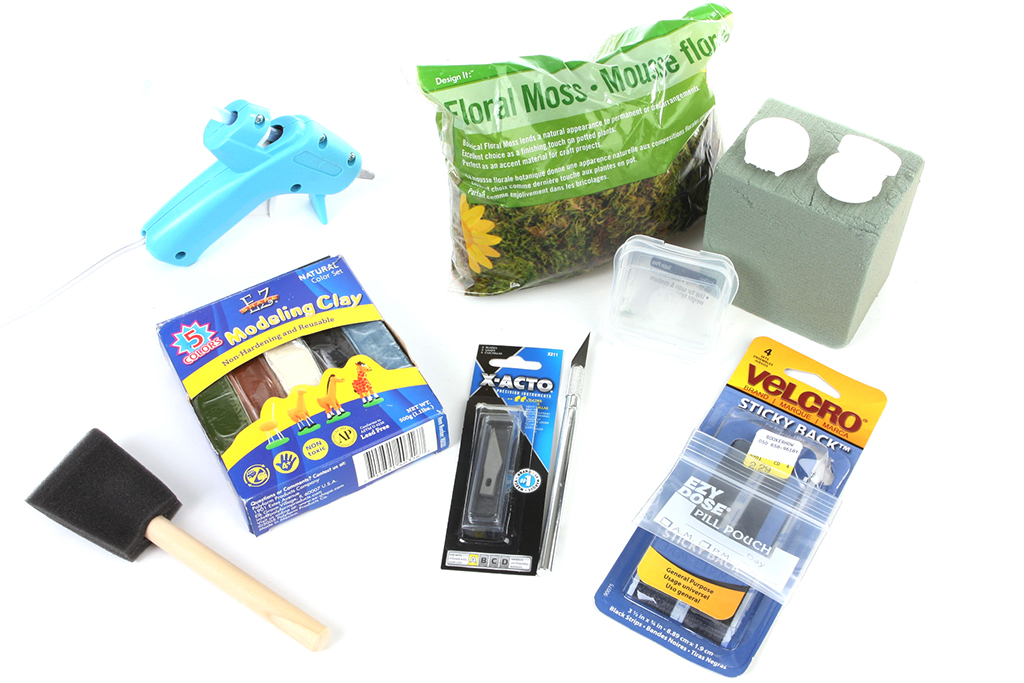 One item I’ve found tremendously beneficial when creating dead drops is a contact lens case. These are about a dollar and you get a right and left container that can be broken in half, creating two dead drops. Another thing I’ll mention is magnets, which can be both a blessing and a curse. A dead drop that I didn’t show is one of those magnetic key hider boxes.

These are great until you go to hide your drop and realize the location you just knew would be metal that a magnet would stick to (ferrous), turns out to be aluminum and it falls off. Luckily, I had a contingency plan and a second dead drop ready to go when this happened! The last thing I’ll mention is Velcro strips or adhesive strips, both work great on the back of a dead drop to quickly leave them underneath something like a sink in that public bathroom we talked about.

Here’s a break down of everything I used for the dead drops pictured in this article:

The old Dead Drop in the Deodorant Trick 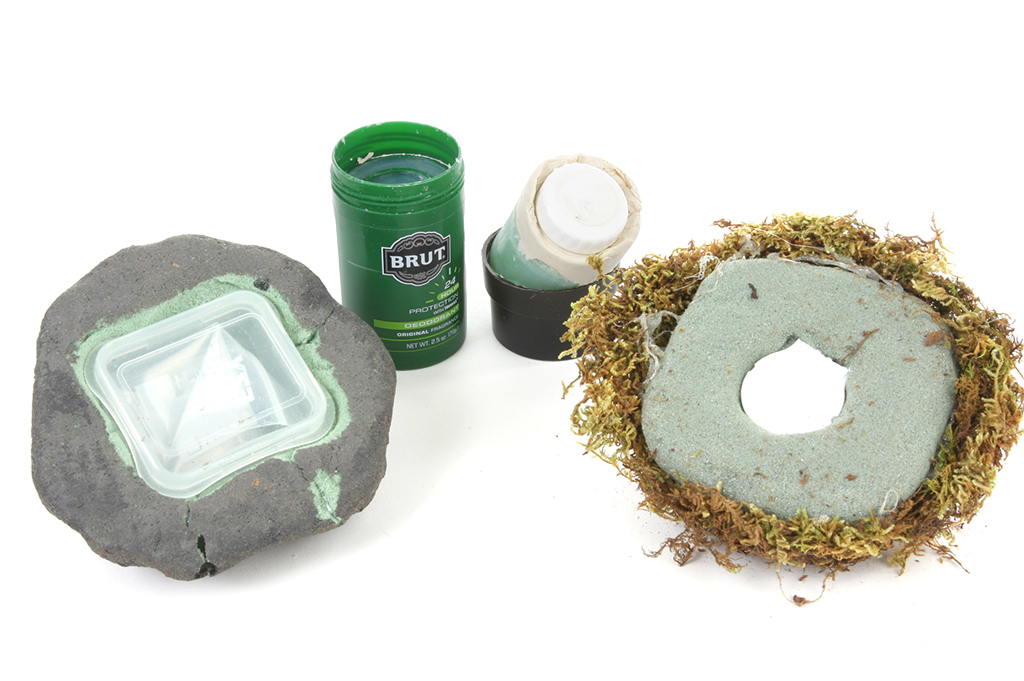 The first drop I made was something I just wanted to attempt and thought would not only make a good dead drop, but also a great hiding place. As I was searching for useful items at Wal-Mart I stumbled upon the Deodorant and had a lightbulb go off in my head when I saw the Brut canister.

To create this drop, I simply pushed the deodorant all the way up until it broke free of the push-pop like canister. I then cut off about 1/4 of the deodorant stick using a knife. Wanting to store a contact lens case half inside, I knew that simply dropping it in and putting the deodorant stick back down would leave it totally obvious and unusable if anyone ever looked inside.

If that was my goal, I’d just completely remove the deodorant and have a large storage area and replace the cap. The problem with this is that when creating an overt dead drop, like in this case, you want to ensure it remains as true to it’s original purpose if it’s ever discovered. If anyone stumbled upon the Brut in question, they’d never suspect that it wasn’t regular deodorant (well maybe after reading this they would).

These next two drops are a bit harder to construct but are still relatively easy. The core of these rely on that green floral foam, while the floral foam I show in the images is square, these two drops used half-circle shaped floral foam that was found right next to the square stuff in the floral area.

What’s great about floral foam is its ability to be shaped into whatever you need. With the grass mound drop I didn’t do too much shaping, just hot glued on some floral moss and sticks I could find outside. If I had more time I would have gathered foliage that would match the area I planned to leave the drop.

Floral moss works well and will blend in with most grassy areas provided it’s not dead grass. On the bottom of the grass mound drop, hollowed out and shoved a contact lens case in that fit snugly but could still be removed. Again, a benefit of the foam is how easy it is to shape.

The fake rock was something that definitely took me a long time to sculpt. I started using my fingers to create the angular areas of the rock until I was satisfied that it looked like a rock. I then used two different shades of grey craft paint to dab on the color using a sponge brush. A single color just wouldn’t have looked good and I feel the lighter shade of grey really adds to the realism.

For the last step and while the paint was still wet, I grabbed some sandy dirt from outside and sprinkled it over the fake rock. After drying the sand stuck much better than I’d hoped and again added to the realism.

Hopefully this article’s made your imagination run wild, thinking of all the things you can create your own dead drops for. They don’t even have to be purpose built for dead drops, your projects can even be hiding places for your valuables that hide in plain sight. The problem with all those overt containers you see, like the hollowed out books or cans is that it’s the first place someone with any knowledge on the subject is going to look.

Let me know what you think of the drops I created and your ideas for what you’re going to put together!