Is Our Liberty at Risk? - ITS Tactical

Is Our Liberty at Risk?

Is Our Liberty at Risk?

For the most part, we’ve kept fairly quiet on the current issues facing our nation and for a good reason. While there’s no denying that ITS has a presence on the internet that can be used to spread a message, we want it to be one that’s educated, informed and accurate.

There are so many inconsistencies flying around right now from all corners of the Internet; from pro 2nd Amendment groups, anti-gun groups and everything in-between. Many things are on the table right now that will affect our industry, our way of life and our children’s futures.  I feel like those that visit ITS are all concerned citizens that want to better themselves through the skill-set building articles we write, the reviews we produce or the general principles that ITS was founded on. Whether they be active-duty Military, Law Enforcement, Veterans or First Responders, we’re all in this together as a country. A country with tough decisions ahead.

When I first started ITS back in 2009, I had no idea what it would become, but I had one goal in mind. Community. I wanted to create a resource where everyone could share information openly to better their lives and to become more self sufficient. A place that cultivated little known or forgotten skill-sets, yet also provided well-researched and documented reviews on equipment to support those skills.

That aside, I’ve made some life-long friends along the way, which have helped to reinforce the “good judge of character” I’ve personally always felt I’ve had. Those that I consider my friends have many traits I respect and work hard to project in my own life. Honesty, integrity, passion and service towards something bigger than myself. Right now, what scares me the most about what’s on the table is how this is all going to affect my friends and their families.

Today finds us in a difficult situation as an industry. Potentially having our rights stripped away directly impacts businesses and decades of combined output and innovation. At what benefit? It seems that those making decisions haven’t really seen factual crime statistics and feel that by restricting our rights, the criminals will be equally affected. When did a criminal, intent on doing harm, ever play by the rules? They don’t, they live outside the laws.

The current legislation on the table is purely for those that live inside the law. This goes for more government intervention in general and a topic for another day. One question I keep asking myself, is when are those that are seeking to restrict our rights, even going to properly research the  difference between a clip and a magazine? One reason that I’ve personally tried to remain quiet on these issues, is to ensure that I’ve done my due diligence in research before making a public statement, waiting until some of the noise died down and actual actions from the government were imminent.

All those have now been met. As of yesterday, Vice-President Biden was quoted during meetings with victims’ groups and gun safety organizations as saying,  “The president is going to act. There are executive orders, there’s executive action that can be taken. We haven’t decided what that is yet.” If you’re familiar with how bills become law, this should cause the hair on the back of your neck to stand up. This is essentially stating that if the result of the current talks and subsequent legislation proposals don’t yield the results the President is looking for, he’ll act as he feels the American people would want him to.

Trust me, I’m trying to stay as optimistic and positive as possible. The fact remains that the President has publicly stated what his agenda is. That’s been made clear through his public statements a few weeks ago. Here’s a link to a YouTube video produced by the White House, if you’d like more background into what I’m mentioning.

I’d encourage you to do your own research into both what’s on the table right now with current legislation and what we’re really looking at in terms of the crime our government is now trying to prevent. A good place to start is with the FBI Crime Statistics. I can’t argue with the fact that what’s happened recently in Newtown and Aurora are tragedies, but will restricting our rights help to prevent more of these incidents from occurring? That’s the real question here. In another video released today by the White House, Vice-President Biden can be heard stating that if just one additional life can be saved, it’s worth it. I personally feel that limiting the legal rights of everyone will not produce the intended outcome of actually saving more lives.

The question I keep asking myself is how much more of our rights being stripped away will America be willing to take? I’m not trying to incite a riot or even state that this is something new, it’s been occurring for much longer than our current administration has been in office. In my personal opinion, we’re reminded time and time again of our current government needing serious reform and I’ll just leave it at that.

At the end of the day we’re all responsible for the country we live in, we all have a duty to make it a better place and one we want our children to grow up in. What can you do? Write your elected officials, be respectful, but remember that they work for us. Support the organizations you believe in, whether that’s  joining the NRA,  the Gun Owners of America  or another organization you firmly believe in. 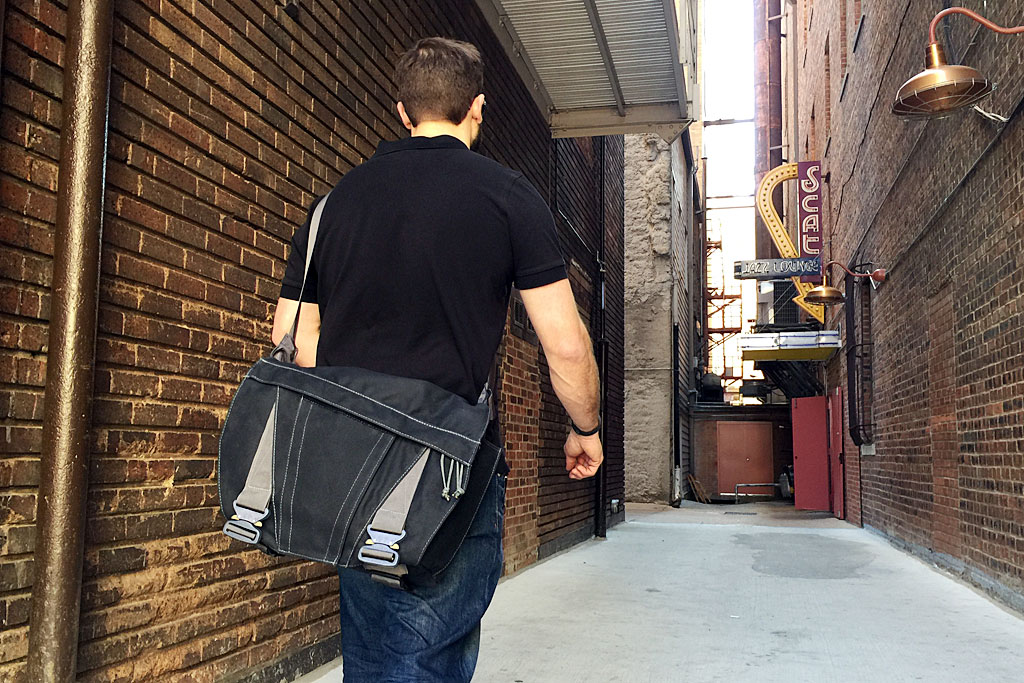 The ITS Discreet Messenger Bag is Back! 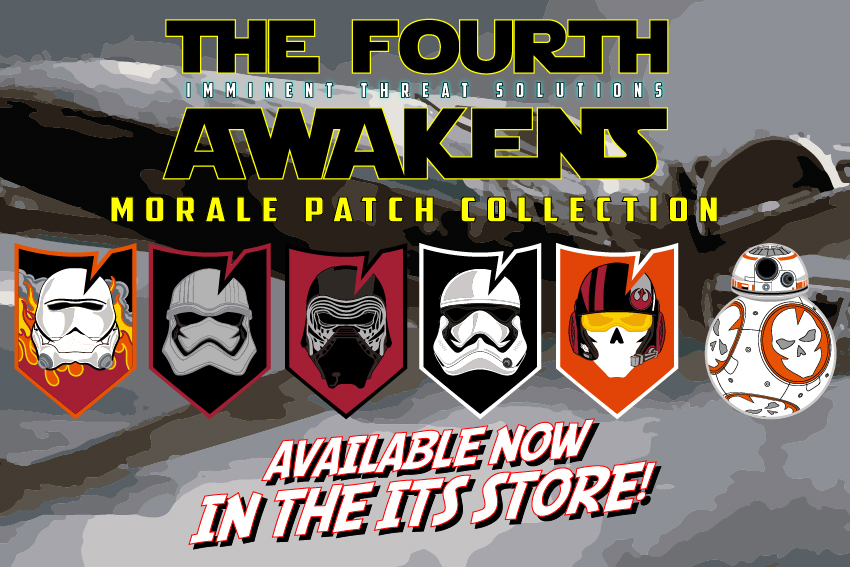 There’s Been An Awakening: The Fourth Awakens Morale Patch Collection Now Available in the ITS Store! 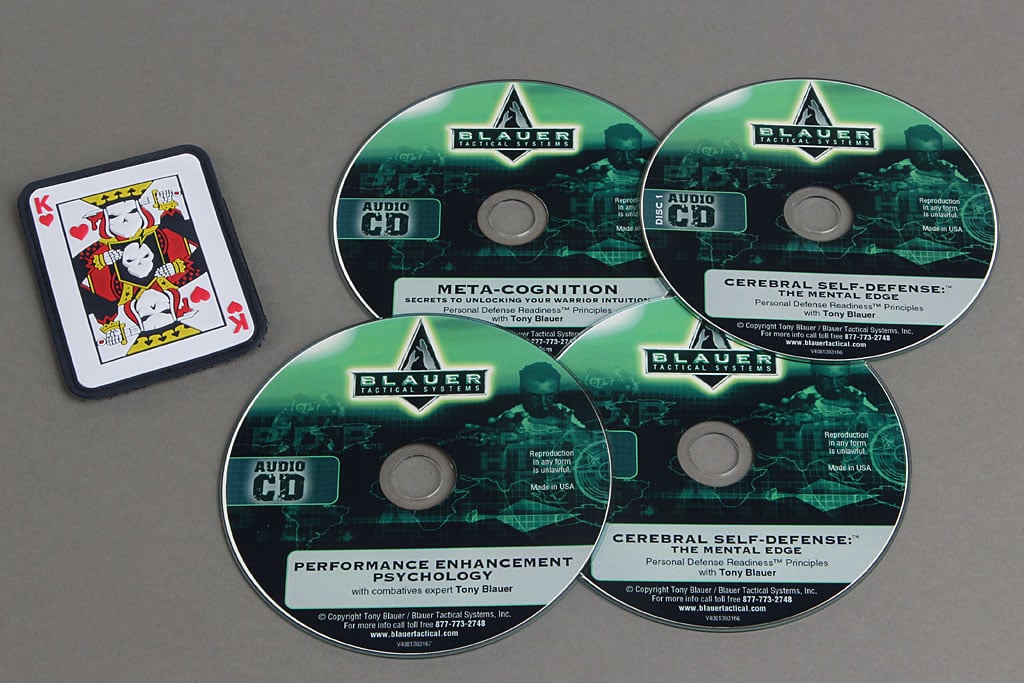