The 4th of July is all about commemorating the adoption of the Declaration of Independence which gave America its independence from Great Britain, right?

“But why do Americans celebrate so much and blow things up?” a comment I recently read on a forum I frequent. I thought I’d answer this question and throw up a great quote by John Adams, one of the signers of the Declaration of Independence.

The second day of July, 1776, will be the most memorable epoch in the history of America. I am apt to believe that it will be celebrated by succeeding generations as the great anniversary festival. It ought to be commemorated as the day of deliverance, by solemn acts of devotion to God Almighty. It ought to be solemnized with pomp and parade, with shows, games, sports, guns, bells, bonfires, and illuminations, from one end of this continent to the other, from this time forward forever more.

While Adams was off by two days, this quote pretty much sums up what every American should be doing to celebrate our independence! While it might seem most days that our government has veered from the founding ideals our forefathers envisioned back in 1776, I know I’ll never forget what the Declaration of Independence means and be celebrating just as Adams wanted!

How have you celebrating American Independence this 4th of July weekend? 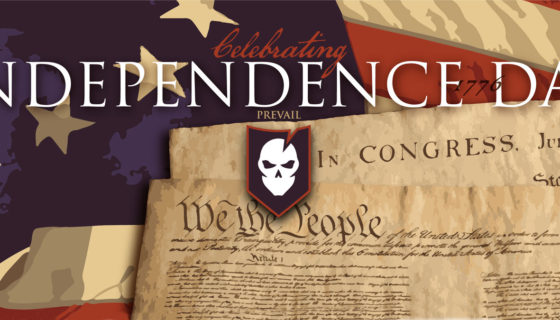