Following the footsteps of Alaska and Vermont, Arizona Gov. Jan Brewer signed a bill into law Friday, allowing Arizonians 21 and older to carry a concealed weapon without a permit, background check or training class.

Of course you’ll still have to legally be able to own and carry a firearm in order to take advantage of the new law, which won’t take place until the current legislative session ends around July or August.

Required by federal law, a background check will still be required to purchase a gun from a licensed dealer, but that doesn’t apply to sales by individuals that aren’t dealers.

While this is a major step forward in our 2nd Amendment rights, it still raises a few important questions.

A big question that we had to dig around to find the answer to, was reciprocity. Arizona currently has a reciprocity with 31 other states, and to continue to carry in those states you’ll still have to have an Arizona permit.

Permits will also still be needed to carry concealed in any Arizona restaurant or bar that serves alcohol.

You’ve all most likely either seen, or heard stories about those that come into a CCW class with a gun they’ve never touched before that day. While its everyone’s constitutional right to not have to take a training class, its just scary to think about those who would carry without properly knowing how to use their weapon.

We’d like to share a great quote from the Arizona Citizens Defense League, who lobbied for the “constitutional carry” in Arizona:

“The heaviest thing about wearing a firearm is the responsibility that comes with it.”

There’s a lot of truth behind that statement, and it can’t be reinforced enough. You’re not only taking responsibility for your defense, but also of those potential victims around you.

All adults in Arizona can already open carry legally in Arizona without a permit, and there’s no federal law that requires a permit to carry concealed. That being said, Law Enforcement currently uses concealed carry permits across this country to immediately identify a lawful citizen.

Just simply having a permit means that you’re not a felon, and most likely aren’t a threat to the officer. This isn’t an argument for permits, just something to think about for those that immediately dismiss the idea of a permit as unconstitutional.

You’ll still legally have to announce to any Arizona officer that you’re carrying concealed if asked, and that officer will have the option to temporarily take your gun while communicating with you.

We’ve been discussing this issue here at ITS since we first heard about it on Friday, and would love to hear what you guys think about it. Do you like it? Do you dislike it? 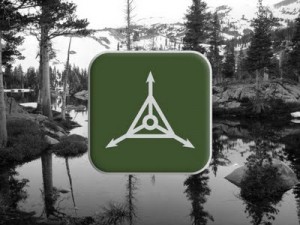