Cuban Missile Crisis: Know the Future, Understand the Past - ITS Tactical

I’ve always believed that the best way to tell the future is to understand what has already happened and why. History has a way of illuminating the darkness ahead with the light of lessons past. This is one reason why we all know the popular quote, “Insanity: doing the same thing over and over again and expecting different results.”

We as a species mastered the function of collective learning long ago which led to our avoiding problems, pitfalls and pain from learning the stories of those around us. I would suggest that it’s not just our advantage to learn from those who have gone before, it’s also our responsibility as human beings. Some mistakes are big enough to only be made once.

In 1962 America opened the lids on her Nuclear Missile silos, put the finger on the trigger and stood ready to assure mutual destruction through the creation of hell on earth.

For decades, tensions had been growing between the two major world superpowers, the United States of America and the Soviet Union. For years the U.S. had held the upper hand because they were the only country in the world with possession of an Atomic Bomb. However, Soviet scientists were not far behind and it wasn’t long before they acquired the technology. The weapons on both sides had grown in sophistication and explosive weight over the years to a point where, if used, they would threaten civilization itself. The Cold War went on for decades in a string of strategic moves and satellite wars, but only once did the two sides directly threaten each other with nuclear war. Tensions grew to an apex in the conflict known as the Cuban Missile Crisis.

When Fidel Castro successfully led a communist revolution in Cuba he feared hostilities with the U.S. He was justified in his fears because the U.S. led several operations bent at removing Castro from power. On April 17th, 1961 the operation to overthrow Castro was launched. It involved using 1,400 Cuban exiles for a beach landing and WWII B-26 bombers that were unmarked and painted black for two air strikes. The plan was to inspire the people with an initial foothold so that the civilian populace would join forces with the exiles to retake Havana. The operation was a failure, which resulted in 100 exiles killed, over 1,200 men surrendering and multiple B-26 bombers being shot down. This failed operation would become known as the Bay of Pigs invasion. 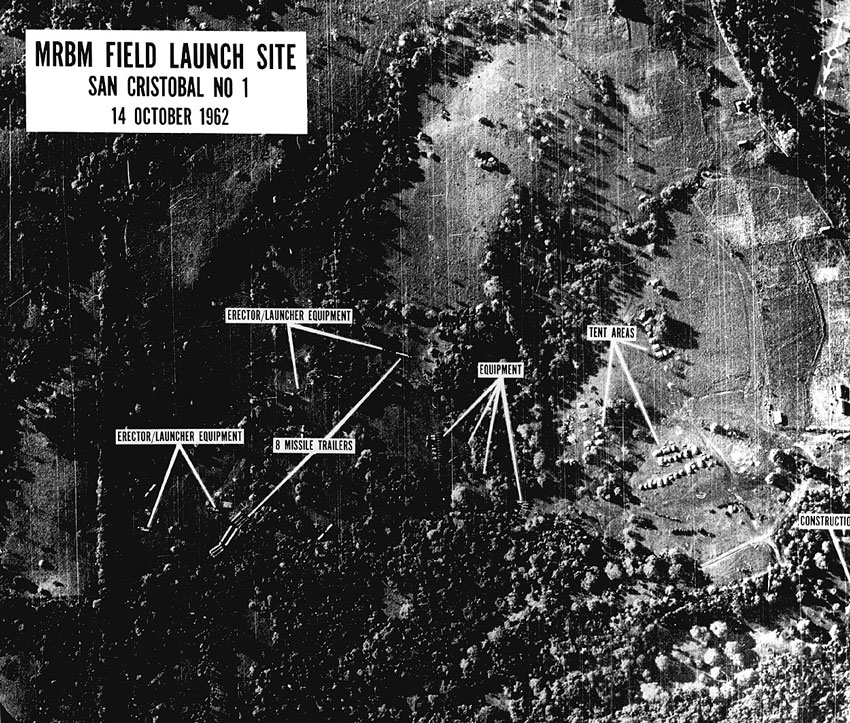 In 1962, Cuban leadership approved a Soviet plan to build missile sites in Cuba capable of launching nuclear warheads. The Cubans were enthusiastic to do so because they believed it might be the only way to avoid an invasion from the United States. Under the cover of elaborate war games, the missiles were sent from Russia to Cuba. The military leaders in charge of the ships carrying the cargo didn’t know their destination until they were at sea to avoid an information breach.

The U.S. was unaware of the activity for some time. It wasn’t until a U-2 reconnaissance mission captured imagery of the warheads on October 14, 1962 that the U.S. became alerted to the dire situation. I think that it’s important to add that the Soviet compromise was due to one man on watch who forgot to cover the silos before the sun rose that morning. Without his mistake the U.S. may not have come to know the missiles were poised and ready until much later. This would have given the Soviets the strategic advantage of surprise. After the discovery, the Soviets still believed that President Kennedy would show weakness and eventually come to terms that the strategic nature of the Cold War had now changed. The President immediately convened his top advisors in a security council to discuss what action to take next.

The two world superpowers were now on the edge of nuclear disaster as tensions grew to an all time high. The U.S. scrambled to put a plan together on how to deal with the new threat. No plan had been in place previously because the U.S. didn’t believe that the Soviet Union would make such an offensive move. The options laid before the President consisted of either using diplomacy and warnings to pressure either Castro or the Soviet Union to remove the missiles, or take more aggressive action. The U.S. could use a blockade to keep any more missiles from entering Cuba but this wouldn’t remove the threat that already existed.

President Kennedy’s advisors agreed that using an air strike to disable all known missile sites with a follow on invasion was the only way to achieve any long term results. Kennedy was hesitant because he believed that this would force Khrushchev to react with force and possibly a declaration of war. He believed that if the reaction didn’t occur in Cuba then it certainly would in Berlin where a power struggle had been waged between the Soviet Union and the Allied powers since WWII. 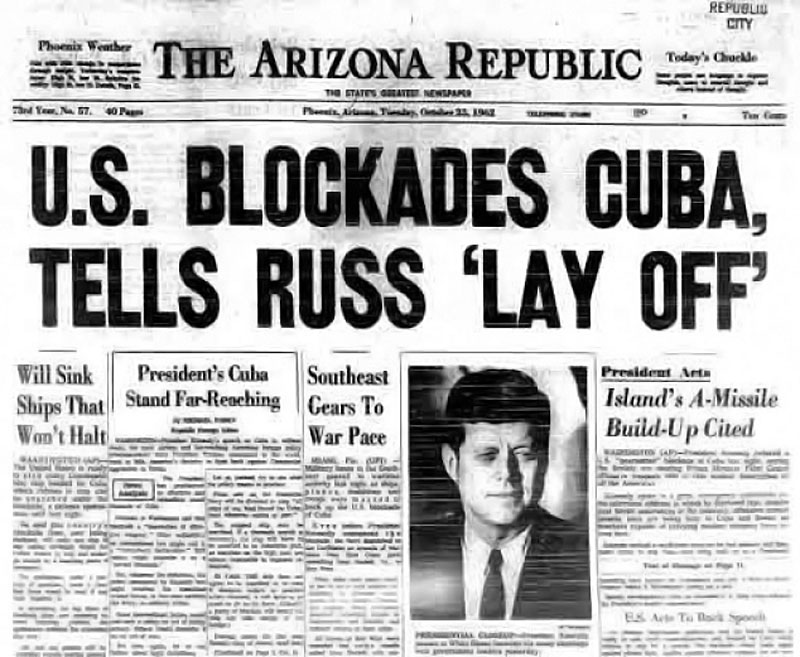 President Kennedy decided that a quarantine of the Cuban missiles by way of a Naval blockade was the best immediate operational plan. According to international law a blockade was considered an act of war but he was convinced that, considering the alternatives, the Soviets wouldn’t take action. The Soviets decided to call America’s bluff and deployed ships and submarines bound for the Caribbean loaded with additional nuclear warheads. Neither side wanted to be the first to back down because the show of weakness would be a major strategic loss. This was the driving force propelling both sides to the brink of war.

Soviet freighters came within two hours of the U.S. Naval blockade, as both sides grew eager for a way out. Amazingly, on the 24th of October Khrushchev gave the order for his ships to stop and then turn back. This was a minor victory for the U.S. but the problem of missiles in Cuba remained.

The stress between the two powers rose still as an American U-2 spy plane was shot down over Cuba by a Russian Surface to Air Missile. Moscow had not given the order but this was unknown to Washington at the time. President Kennedy readied his forces for war. This fixed America’s position on the nuclear possibility. The lids on the Missile silos in the American Midwest were actually opened.

The Russians followed suit by opening theirs. Both stood ready, fingers on the button, to end life as we know it today. This was the only time that this ever happened during the entire course of the Cold War. The gravity of the situation began to sink in to both sides. Khrushchev had placed nuclear assets in Cuba that were not necessarily under Moscow’s control. 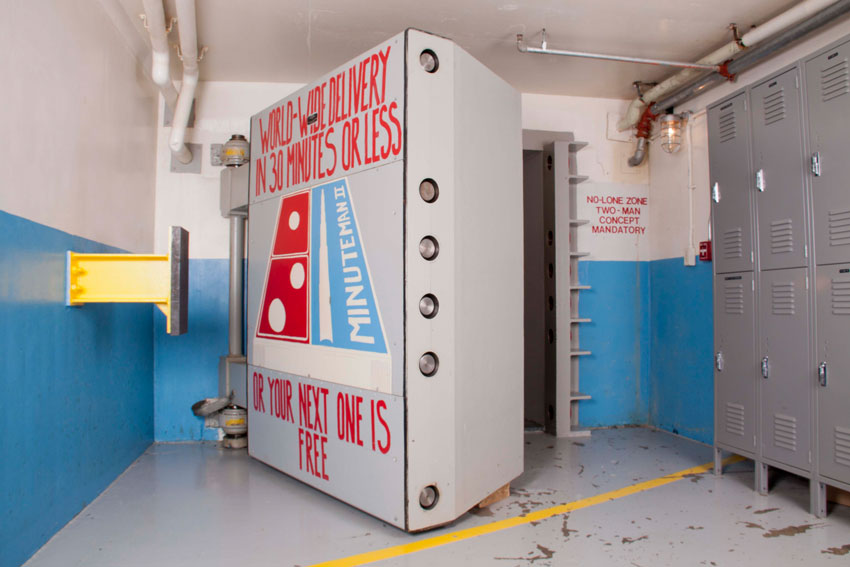 Planes and boats carried nuclear warheads that could be fired from their crews without Moscow’s command. This was a major concern for Khrushchev considering the U-2 had been shot down without his direct order and the initial compromise from a man under his authority. The world was on the brink of disaster and the Soviets were taking it as far as could be without pulling the trigger. It became clear to Khrushchev that the only way to eliminate the impending doom of civilization was to remove the missiles and nuclear assets from Cuba. In secret negotiations, the Soviets agreed to this but asked in return for the U.S. to remove their weapons from Turkey. The U.S. agreed and nuclear war was avoided. The American policy of a flexible response had proven valuable and necessary. The U.S. was superior in weapons and deployment platforms, which combined with this policy, left Khrushchev no other alternative but withdrawal and retreat.

The Future of History

For the U.S. it was a strategic victory like no other. However, the Cold War was far from over and wars would be fought for another 30 years in Africa, Vietnam, Laos, Cambodia and Afghanistan. Uprisings in Eastern Europe and Eastern Berlin would continue but never again would either side directly threaten nuclear war. The known world had come close to ending and, in a sense, was scared straight from the experience. The two world superpowers would fight each other’s allies and fund each others enemies but the threat of a nuclear stand off was over. 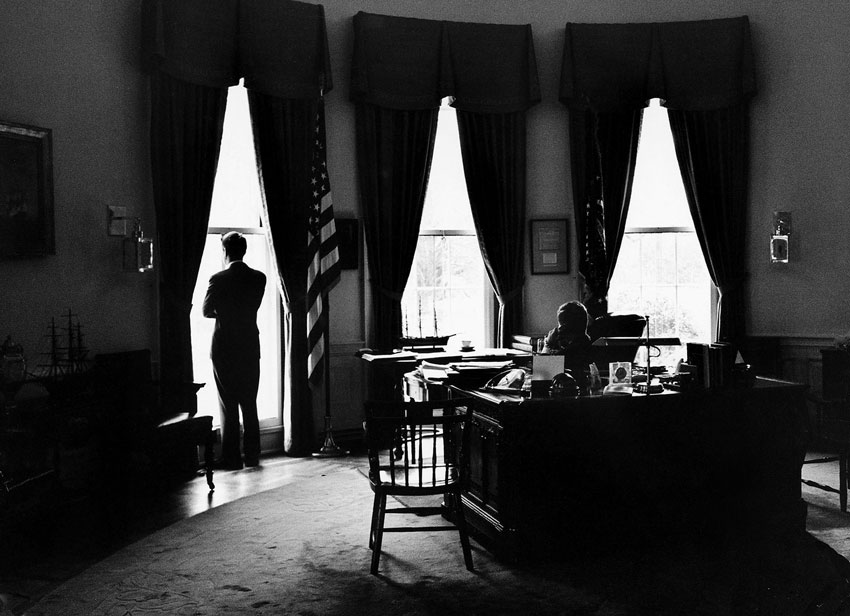 There are many leadership lessons that we can learn from this situation. Kennedy was heavily pressured to be more aggressive. It took a strong level of resolve to act the way that he did. He chose the blockade because it would show the Soviets that we would stand and not be moved. It also left the ball in the Soviet court by providing them a way out. I can only imagine the brief after the U-2 had been shot down. Still, he was reluctant to rush into uninformed action. It’s important to note that we still opened our silos first. He wasn’t being bullied, he was simply buying time for both countries survival.

On the flip side of the coin, Khrushchev and the Soviets won a moral victory of sorts. By allowing the U.S. to have a strategic victory they effectively removed pride from the situation and did the right thing. As a leader, one must consider the long term implications of his actions, which can also mean putting aside short term gain for the good of his people in the long term.

I believe that the Cuban Missile Crisis was the ultimate victory for humanity. It showed the world that peace could be possible, even on the grand scale. It also redefined what a WWIII would actually mean. No longer could one superpower risk open war with another, the stakes were simply too high and this defined the context of the world that we grew up in.

Later in this series I will cover WWII from various perspectives, including leadership. I want to leave you with this question. What would have happened if the Nazis had the weapons of the Soviets in the 1960’s? We know that Hitler ordered the destruction of Berlin upon his death. This meant that all of the priceless works or European art and culture that he had seized during the war would be gone forever as well as the burning of his peoples homes and possessions. In today’s context, how much damage could such a decision leave on our species and our world?