A Brief History of the Office of Strategic Services: America's First Intelligence Agency - ITS Tactical

The Office of Strategic Services (OSS) was formed during World War II as a wartime intelligence agency to organize espionage activities behind enemy lines for the United States. While the idea of an American intelligence agency existed, there wasn’t a coordinated direction overall.

On the suggestion of the senior British intelligence officer, William Stephenson, President Franklin D. Roosevelt assigned William J. Donovan to develop a plan for an intelligence service. Previously, much of the intelligence gathered came from the United Kingdom, so it was no surprise that “Wild Bill” Donovan drafted his ideas based on the British Secret Intelligence Service (MI6) and Special Operations Executive; both of which laid the groundwork for a centralized intelligence program.

From its formation in 1942 and even through the 1970’s and 1980’s, the history and operations of the OSS remained secret. This was after being disbanded by President Harry S. Truman in 1945 as well.

“The concepts pioneered by General Donovan and the OSS continue to guide those in the contemporary intelligence and special operations fields.” – General David Petraeus, USA (Ret.), Director, CIA (2011-2012)

The roots of the OSS not only formed the Central Intelligence Agency, but also paved the way for the formation of U.S. Special Operations Forces. It was said that the ideal OSS candidate was described “as a Ph.D. who could win a bar fight.” In it’s time, the OSS was truly the tip of the spear that defended America and its influence is still seen today throughout the intelligence community.

During WWII, members of the OSS would conduct a number of missions that including spying, sabotaging and training local people to fight against enemy forces, but in order to perform these missions with success, operatives required a unique set of tools.

Some very specialized equipment and schemes were developed to give the Allied powers any extra edge they could. OSS Research & Development Chief, Stanley Lovell, knew that they needed to try every idea possible, even if some sounded comical: “It was my policy to consider any method whatever that might aid the war, however unorthodox or untried.” 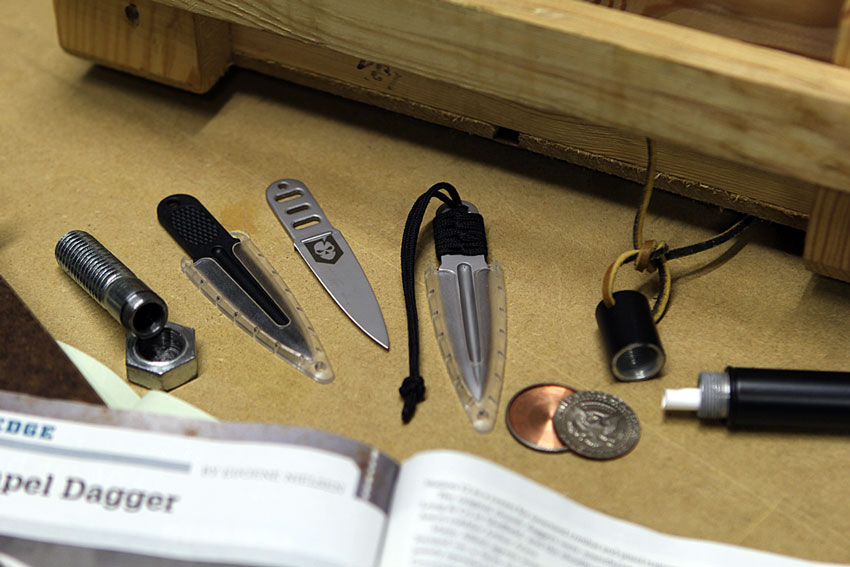 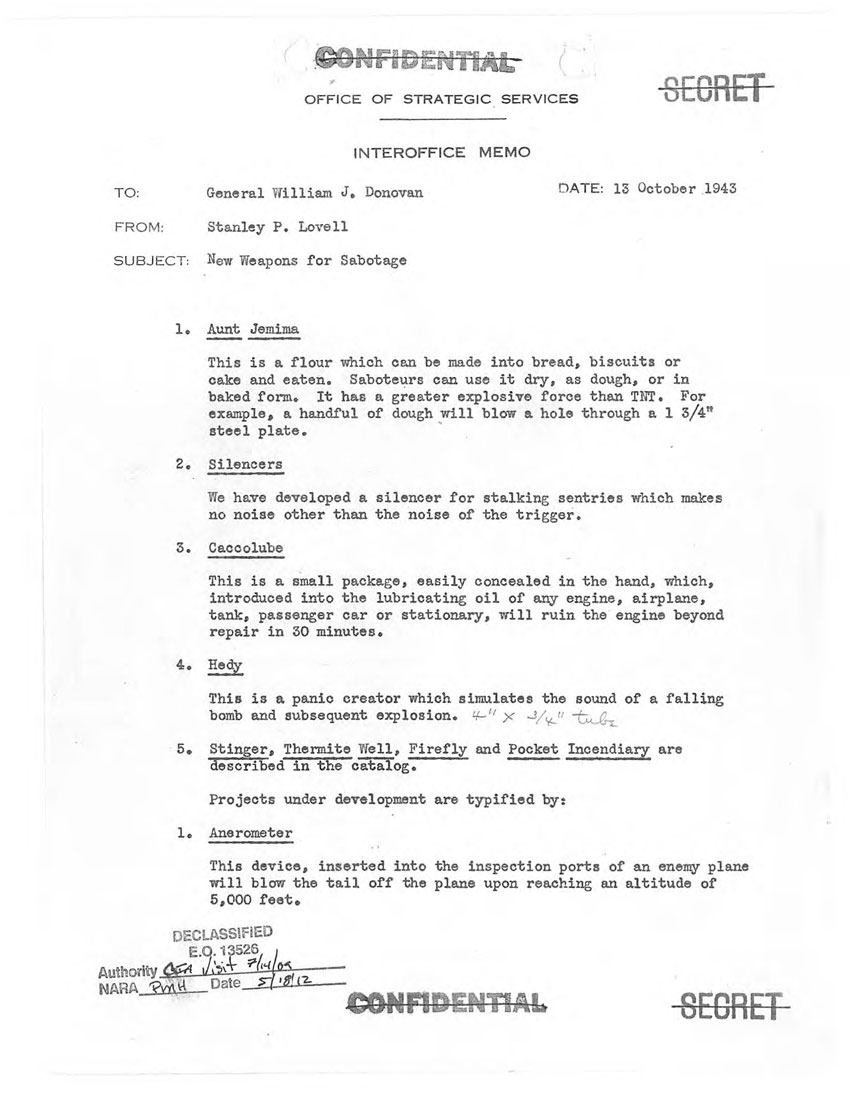 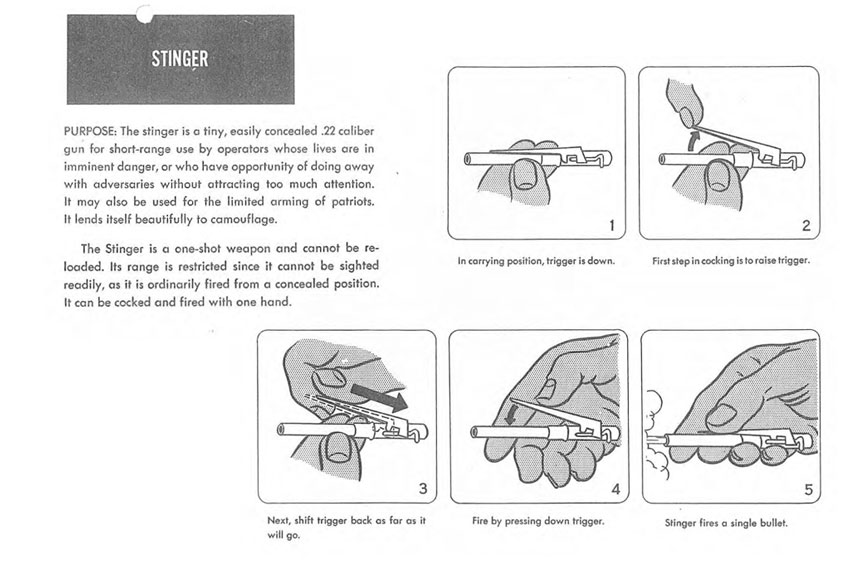 While there is a gallery devoted to the Office of Strategic Services, it’s inside the CIA Museum and located on the CIA compound, which is not open to the public for tours. Currently there’s an effort to raise funds to build The National Museum of Intelligence and Special Operations and the video outlining what the museum will include is actually a great summary of the OSS.

Some of the more interesting artifacts on display at the CIA Museum include a miniature gasoline powered “insectothopter,” a Russian-made AKMS believed to be bin Laden’s personal rifle that was captured in the raid and a suppressed Hi-Standard .22 pistol that was test fired in the Oval Office by “Wild Bill” Donovan without President Franklin D. Roosevelt ever noticing.

Unfortunately, the closest you may get to seeing these items in person is the video tour that Yahoo News was able to go on, or the private tour from the Smithsonian.

For a great writeup of the British Special Operations Executive (SOE) and the American OSS, look for the December issue of SWAT Magazine. There’s an article by Eugene Nielsen that showcases the ITS Lapel Dagger and its history during the cloak and dagger days. 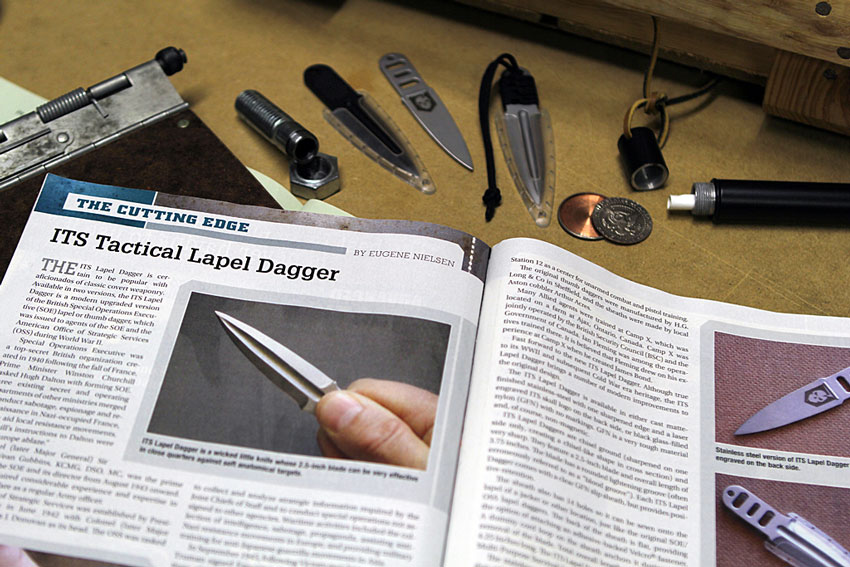 This brief article only begins to scratch the surface of the OSS and the early days of the CIA. While many of the stories, programs and tools are still protected from history today, there are a number of resources available if you’re interested in truly going deeper into the “rabbit hole.” One resource freely available is to search through the 1940-1946 records and documents declassified in the 2000’s.

Also available online, the book “Assessment of Men, Selection of Personnel for the Office of Strategic Services.” describes the account of how psychologists and psychiatrists assessed the merits of men and women recruited for the OSS. While the CIA still evaluates students based on methods recorded in this book, you can read it online in its entirety for free.

Among the numerous books published on the topic, these two are especially promising and worth a read. 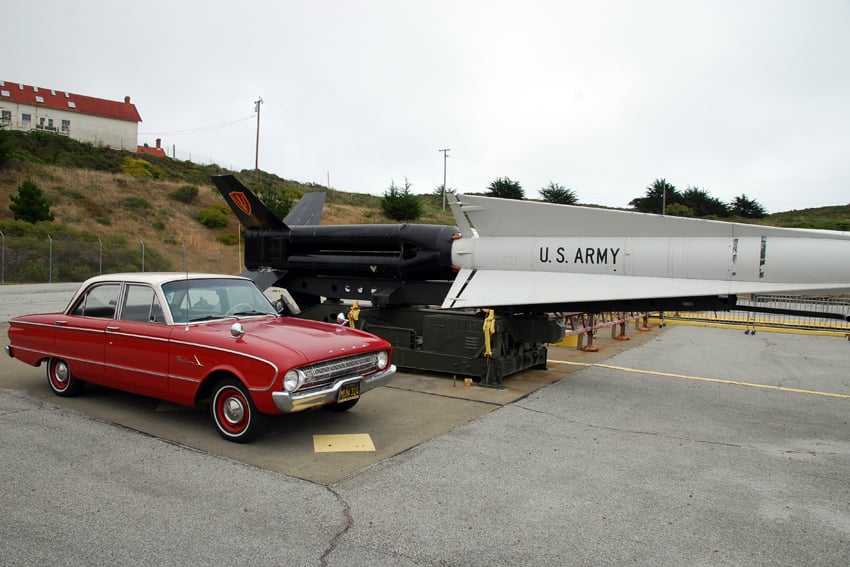