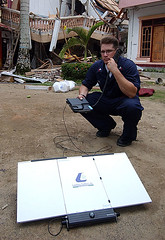 While Wi-Fi is a blessing if you can find it and Laptop Broadband Cards are usually a joke, what do you do if you need internet in remote locations to transmit  sensitive  data? Enter BGAN (Broadband Global Area Network).

INMARSAT (International Maritime Satellite Organization) is the international telecommunications company that owns and operates the  three I-4 (INMARSAT-4) satellites BGAN operates on. The company started out offering satellite communications to the maritime community, but has since branched out to cater to aircraft and portable users. 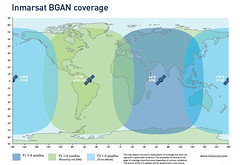 The first two I-4 satellites were launched in 2005 and the third in 2008, which orbit our atmosphere providing near-global secure connection coverage. The prices of BGAN terminals and service have dramatically decreased, thus becoming more widely used.

BGAN is currently the fastest portable connection available commercially, but is also used by the military. Speeds top out at 492 kb/s download and just slightly slower for uploads. Not as fast than your home broadband, but fast enough to get the job done. The connection will also negotiate within two minutes provided the terminal is pointed in the right direction.

BGAN terminals can be extremely  versatile  depending on the model. They can connect via  Bluetooth, Ethernet, WiFi, USB or directly to a  broadband router and share the connection to computers or a VOIP connection. Almost every task imaginable in an office environment can be facilitated over BGAN, including annoying conference calls.

News Reporters use BGAN to transfer live streaming-video to their respective networks from third-world countries. The current BGAN streaming speeds are between 32 and 256 kb/s depending on the terminal and connection strength, which is why you’ll occasionally notice their Max Headroom like appearance.

Here’s a YouTube video of Everest team First Ascent, who use BGAN to beam daily video dispatches straight from Mt. Everest to YouTube. What’s notable is their use of Solar panels to recharge their electronics and Solid-State Hard Drives to eliminate the problem of traditional Hard Drives failing at heights above 10,000 feet. 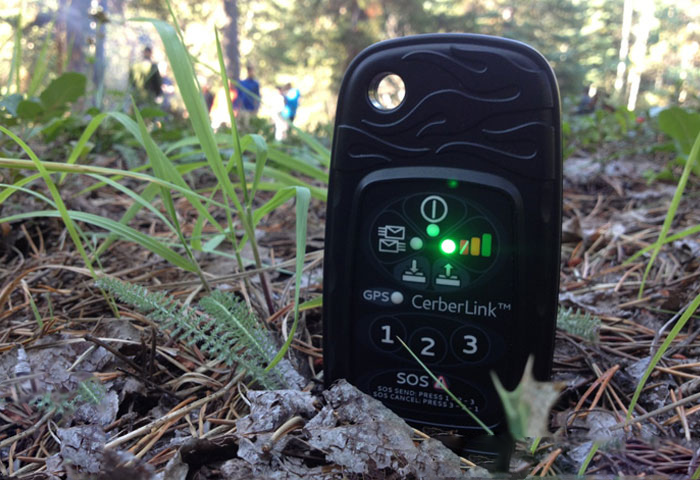 Stay Connected Anywhere in the World with CerberLink 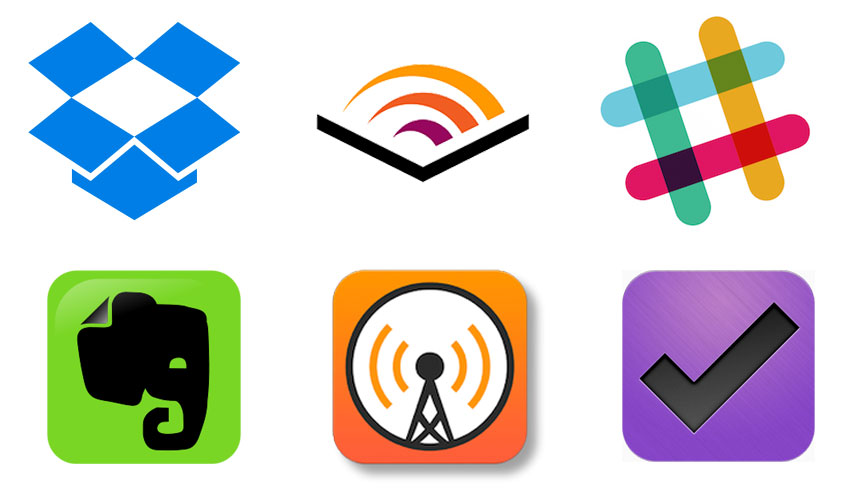 Get to Work: The Top Productivity Apps Used at ITS HQ 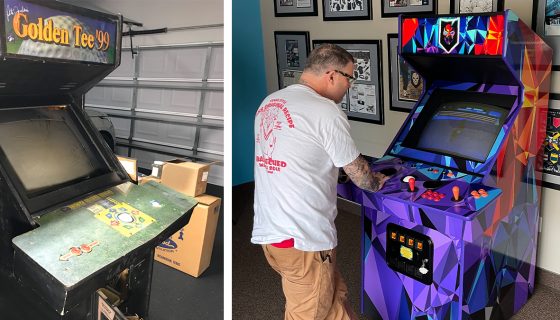 How We Built an ITS MAME Arcade Cabinet 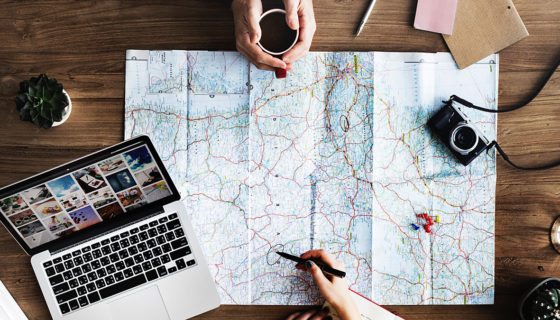