An Every Day Carry Manifesto - ITS Tactical

An Every Day Carry Manifesto

An Every Day Carry Manifesto 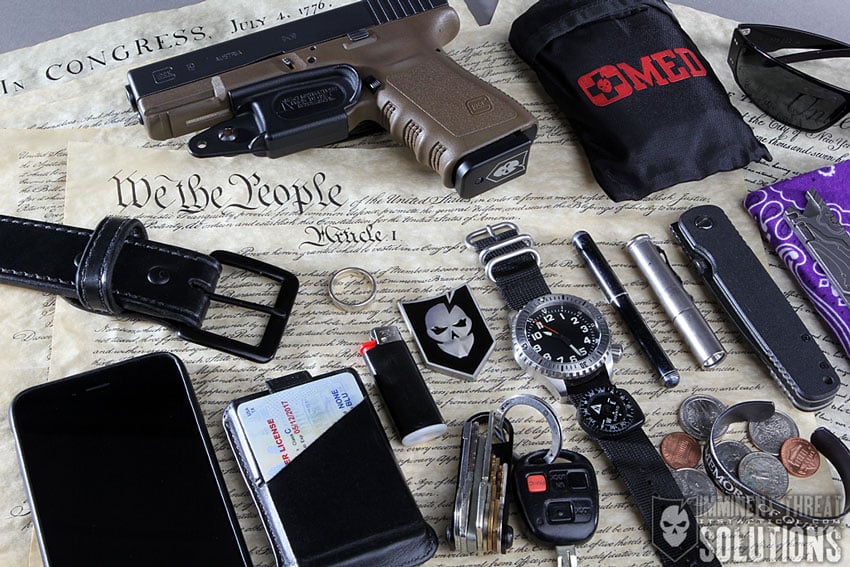 There’s something to preparing for having nothing, but carrying everything you need. Minimalist is up for interpretation when it comes to your every day carry.

What I mean by this is two fold in terms of the possibilities that may confront you in your next fight. Let me first define “fight” in the context I’m using it, because it’s completely ambiguous. Your next fight might be one in the traditional sense, which requires you to defend yourself or those around you. It might be an ambush that catches you off guard and requires you to use skills over dedicated equipment to prevail.

The fight might also be overcoming adversity, starting a fire, or even the fight you’re having with the box that won’t open. I know that last thing sounds a little silly, but in the context of your EDC, all these situations can apply.

Back to the inherent interpretation of EDC.  People often criticize those that carry a lot in their pockets and that’s completely acceptable. Everyone is entitled to their own opinion on the matter, as well as what they choose to carry.

You certainly won’t always be able to carry a gun, or even a knife in some situations. Your training should reflect this and if it doesn’t, you’re spending too much time and money shooting and not enough on training the other disciplines that are important to surviving any situation. Yes, this includes knowing how to tie a knot or start a fire without a lighter too, but I digress.

What’s in Your Pockets?

While knowing how to properly defend yourself without tools is important, why put yourself at a disadvantage from the beginning? Yes, a pocket full of “stuff” can often be a burden, but your situation and clothing will dictate the level of “discomfort” you’re willing to tolerate. Set yourself up for success in whatever way you’re comfortable with.

Carrying a gun, knife, wallet, medical kit, tourniquet, keys, pen, flashlight and all the other litter that might mean “prepared” to you, can be completely ludicrous to the person who will more than likely find themselves in a position of needing those items one day. They’re the same people that you carry a gun to protect and a medical kit to save.

Those who chastise people for what they choose to carry are either self conscious about their own preparedness, or they’re simply those who expect others to come to their rescue when disaster strikes.

What principles do you go by when it comes to EDC? 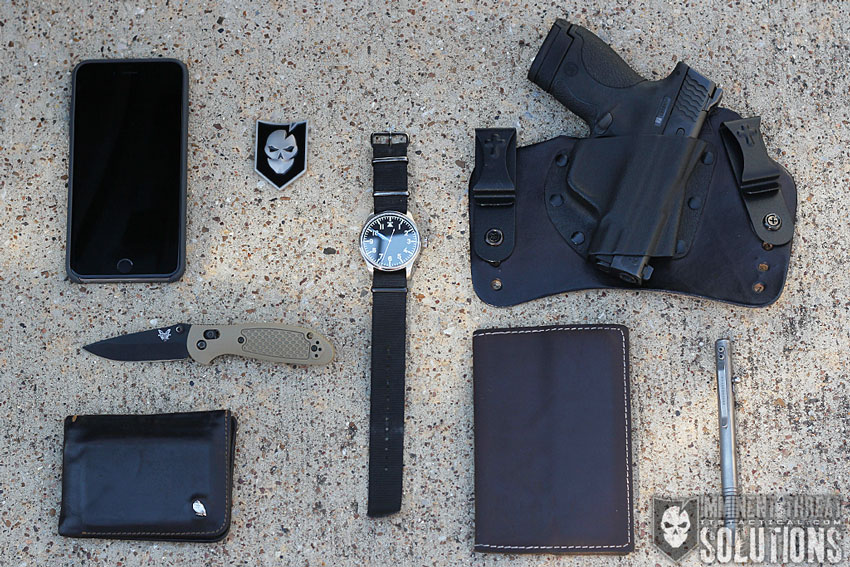 Choosing Your EDC: Ditch the Latest Fad and Find What Works 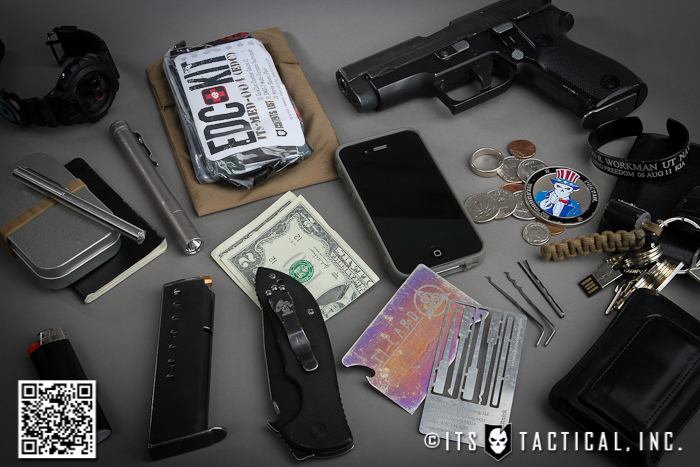