Your Guide to the Night Sky: How to See the Stars in All Their Glory - ITS Tactical 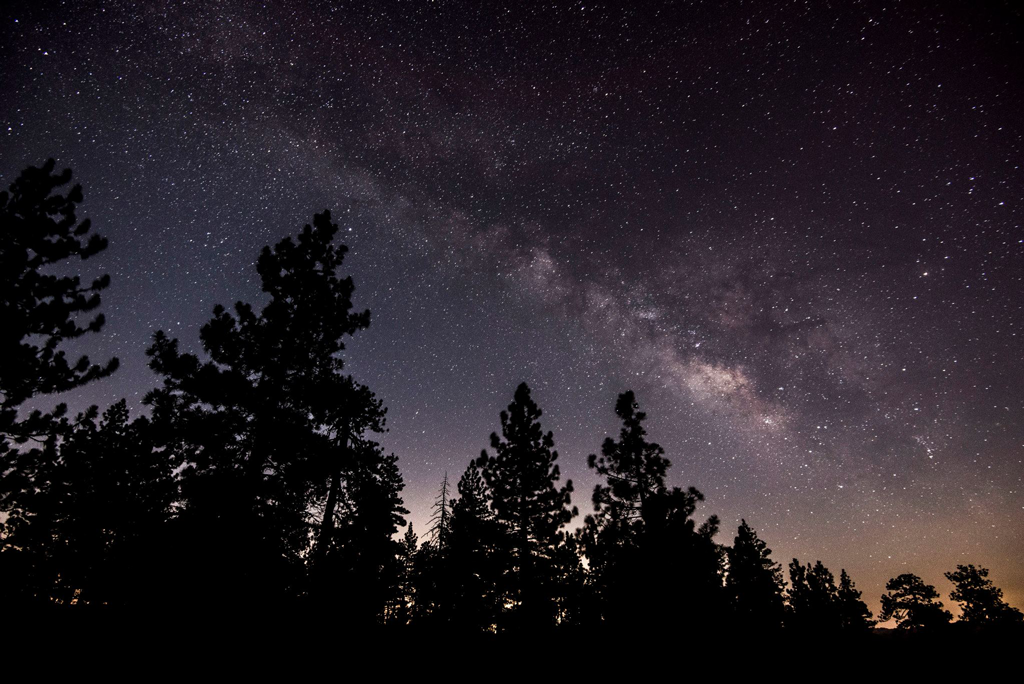 As a city boy who grew up in Los Angeles thinking the dry concrete trench in the Terminator 2 chase scene was actually a river, I likewise thought the night sky was composed of perhaps a dozen stars. I could sometimes make out Orion, but it was nothing like the astronomy books I looked at as a kid. As you can imagine, my first camping trip beyond the local mountains to Monument Valley (on the desolate Arizona/Utah border) I was able to see all the stars and experience a truly magical and life changing moment.

As of 2008, more people are living in urban than rural areas and as we flock to the cities in search of opportunity, less of us are in touch with the stars that served as inspiration and sources of wonder to our species since the beginning of recorded history. Nowadays, the night sky with the milky way, stars, comets and meteors, is an abstract concept that few have witnessed it in all its glory. 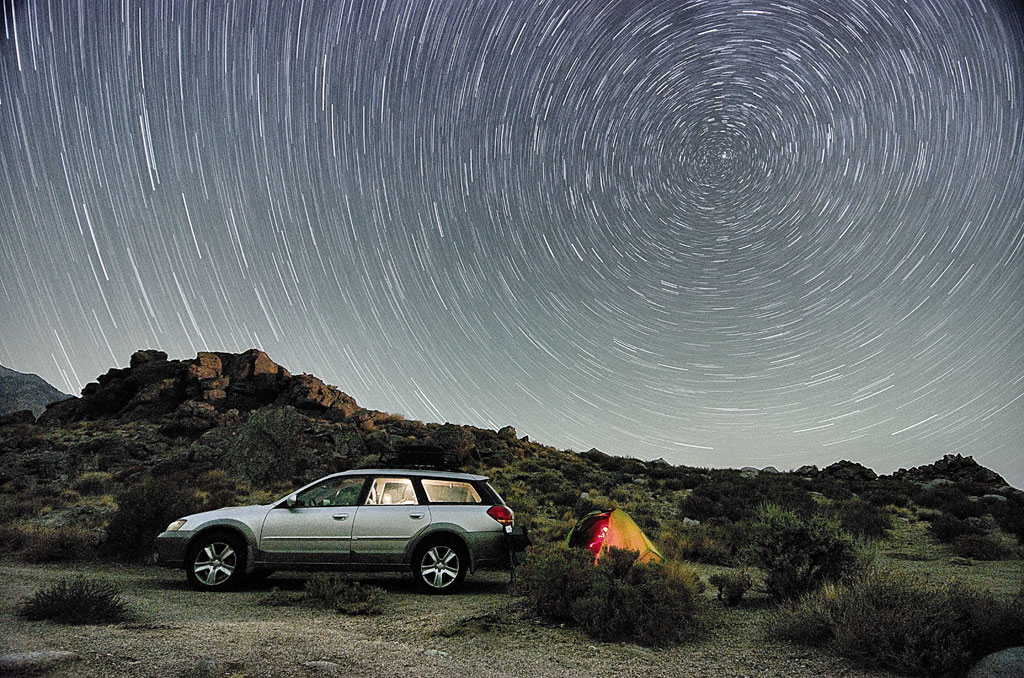 I’m sure you’ve even had times where you’ve set aside a weekend to go camping at an established campground only to have the lights of RVs, the restroom facilities, campfires, headlamps, camp lanterns, check in and registration bulletin boards, not to mention the vehicle lights of fellow campers arriving late in the night, drown out your ability to view the stars.

We’re not here to reminisce upon the days of yore when the Polynesians memorized the starfields and navigated the Pacific, but to help you find a time and place to spend a warm summer night basking in the glow of the Milky Way.

Planning When To Go

SunriseSunset.com is great for this. The generated calendar is dependent upon your geographic location so make sure to specify an area closest to your destination whether it’s a city or National Park. No, you won’t be camping in the city, but if I’m camping up the California coast, plugging in San Francisco is close enough.

Customize your calendar. The key options you want to enable for output here are moon phases, moonrise & moonset times and astronomical twilight times. Astronomical twilight is the beginning/end of the glow in the sky before the sun rises and after it sets. Optimally, moonless nights give you the most options, but if you can’t get your weekend of camping to coincide with a new moon, you may be able to get in a few moonless hours on gibbous moon phase nights. 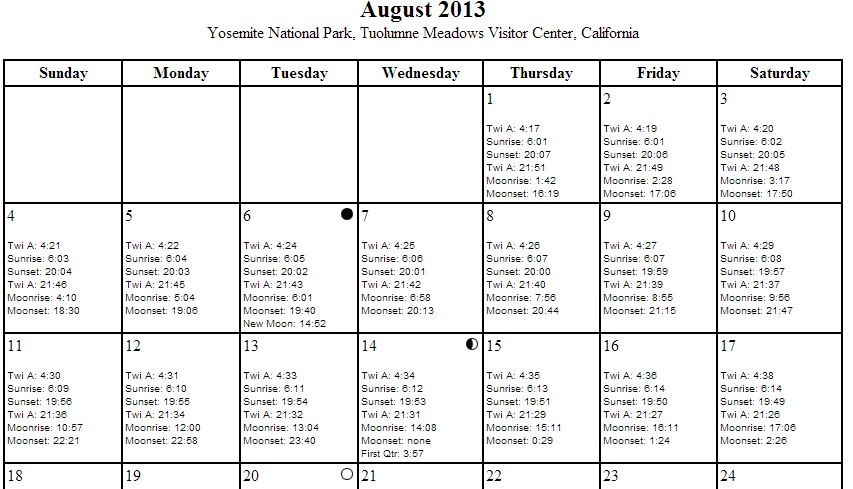 In the example above, if you were planning a trip and trying to decide between camping the weekend of August 10th or August 17th, you can see that the darkness on Friday Aug 9 lasts from astronomical twilight time of 2139hrs to astronomical sunrise at 0429hrs on Sat Aug 10—luckily the moon is up during daylight hours. Alternatively, on Fri Aug 16 the moon rises at 1611hrs in the afternoon and is up until 0226hrs the next morning on Sat Aug 17. Astronomical twilight begins at 0438hrs, so you’d only have just over two hours of star-worthy darkness.

A few months ago, the Delta Aquarids meteor shower occurred in the same way. The moon didn’t set until 3:30 in the morning and the morning’s first light would be 5:30, so we drove up to the mountains Sunday night, bedded down and set our alarm clocks for 3am Monday morning. We watched the sky for a few hours, packed up, then drove back to town and headed into the office on time.

Use this calendar to plan based on your preferences. I like moonless nights, but as a frequent desert traveler, it is quite nice to go on a full-moon hike, which makes it bright enough that you won’t need a headlamp. There are also less crowds and the temperatures in the summer are tolerable.

Earthsky.org is a great blog to follow if you want to to stay current with celestial events such as meteor showers, comet sightings or eclipses. Many of these events are visible even in the big city, so if you’re averse to bugs and dirt but have a passing interest in astronomy, it’s still worth checking out if. If you’re aiming to check out a meteor shower, Earthsky has good intel on peak times and moon phases, but oftentimes depending on various conditions, they are a bust. Earthsky will at least let you know what your chances are for catching the good ones though.

Planning Where To Go

Using a website called Clear Sky Charts, click on your state here on this map, which should give you a good idea of where all the darkest areas in your region and beyond are. How dark the sky is at a given site is intrinsically dependent on a number of factors, including proximity to city, pollution levels, humidity and elevation. The Clear Sky Charts is a great resource on finding the darkest places to camp and stargaze in your area. From there, clicking on a particular dark sky in the provided database lets you go into more granular detail with hourly information such as forecasted cloud cover, air temperature, moon phase, humidity and so forth. 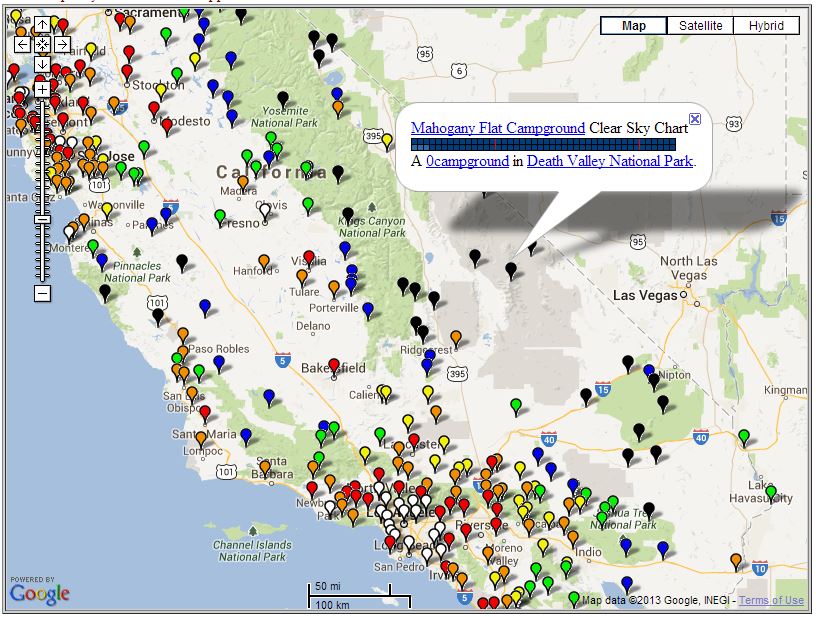 You want to camp in the black or at least blue. I live within all those white spots on the bottom.

Many established camp grounds have artificial lighting and/or crowds that may detract from the experience. Use our guide on scouting for free campsites to check out Forest Service roads to lay in for the night. In my experience, your best bet is a ridge or clearing. Thanks to modern technology, you can get a pretty good sense for the terrain using Google Maps satellite view or Google Earth. Ridgelines are better for their unobstructed views, but can be windy, so remember to pack extra layers for comfort. Higher elevation is generally better as the air thins out, leading to less stuff for stray light from the cities to bounce off of.

There is a nifty [Android] app called Google Sky Map that you can use to identify or guide you to the constellations, planets, or general direction of a meteor shower. There is a time travel feature that you can use for planning future trips as well.

On a side note, if you want a good view of the Milky Way center it isn’t on the Sky Map app. Just plug in Sagittarius as the Milky Way’s center and from Earth’s perspective, it lines up with Sagittarius. While long exposure photography makes the Milky Way look very bright in those time lapses you see on Vimeo, in reality you need a very dark sky in order to see it with the naked eye. 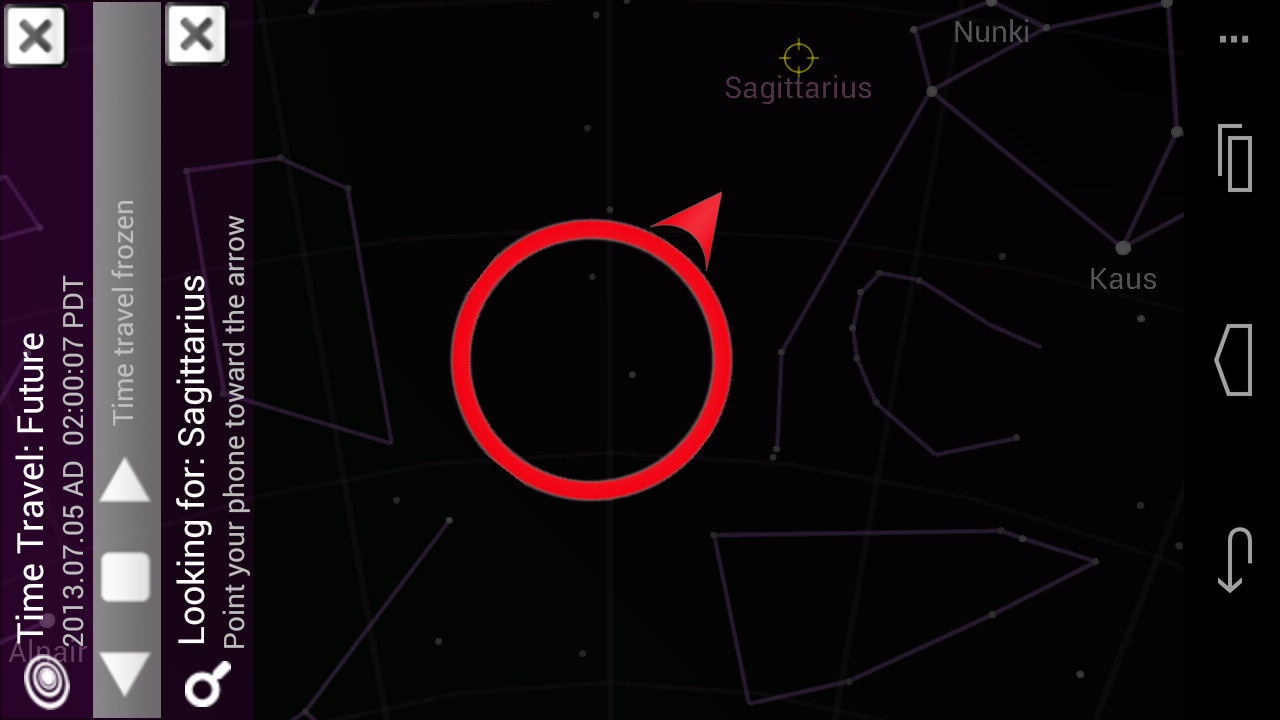 On a side note, most of us at ITS are sort of camera nerds, but photography goes beyond the scope of the website. If you want a good guide on photographing the night sky, National Geographic photographer Jim Richardson has a great one here and another on the Milky Way specifically. Mr Richardson recommends the Sky Voyager app for the iPhone for trip planning, which I cannot vouch for personally (as it is not available on Android) and cannot seem to find a direct link to. If you are using iOS and have found some good astronomy apps, please let us know in the comments.

Final tip: Mark your calendars because the Perseids, the most reliable meteor shower every year, is on August 11-13. We hope you can spend it out there with your friends and family, or even in solitude.

“Dwell on the beauty of life. Watch the stars, and see yourself running with them.” ~ Marcus Aurelius

Editor-in-Chief’s Note: Jeff works and resides in Los Angeles, where the four seasons are mudslides, earthquakes, riots and wildfires. He is an avid shooter (of both firearms and cameras) and celebrates his American heritage by playing the 5-string banjo. Check out his website at skunkabilly.com. 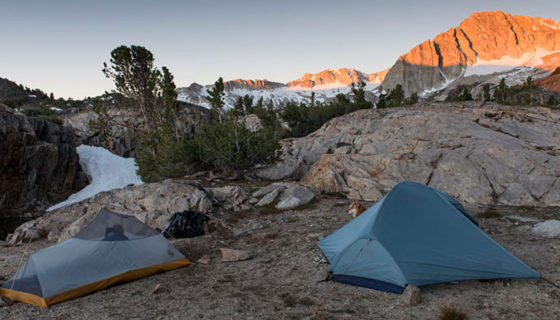 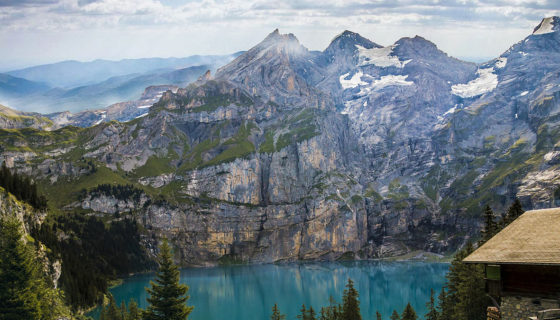 This Summer, Get Outdoors and Make Your Own Adventure 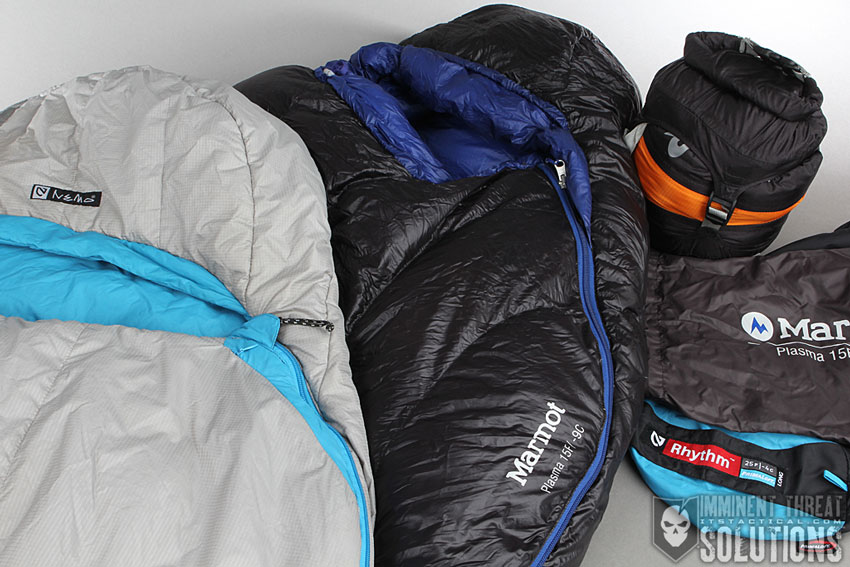 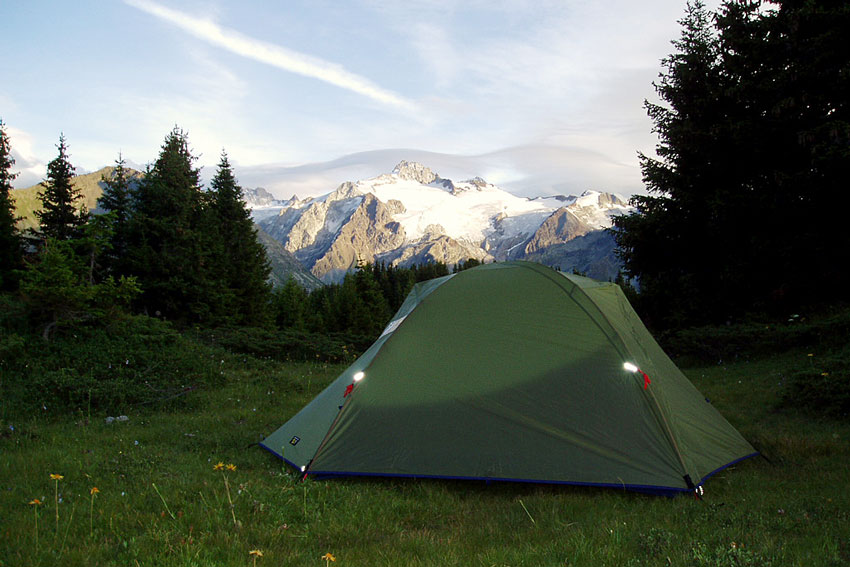 Summer’s Almost Here: Freshen Up Your Skills Before Heading into the Great Outdoors