Emergency Rappelling with a 215 Gear Ultimate Rigger's Belt - ITS Tactical

Something we’ve wanted to do for a long time is demonstrate that rappelling with a Rigger’s Belt CAN be done.

There are a lot of close friends of mine that have trusted their lives to Rigger’s Belts in the service, but I’ve never heard of them being used for anything much other than a tie-in to a helo or other similar anchor point.

There’s also a lot of skepticism floating around about how the AustriAlpin Cobra Buckle used in the 215 Gear URB shouldn’t be used for lifesaving devices, particularly rappelling. 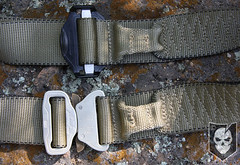 About a year ago we created a very comprehensive gear review on the URB when it was first released. While we felt the review was for the most part complete, we had always wanted to follow up with a demonstration of the belt being used for what those purchasing rigger’s belts have always assumed they could be used for. Emergency rappelling.

We’ve loved the sewn loop of the URB since the day we saw it, and think it’s one of the best developments in the history of rigger’s belts being made. What started as something you went to your buddy in the loft to get made, has definitely evolved into a better-built product today.

The Cobra Buckle is in fact used throughout the Military and Government for many different safety harnesses and lifesaving devices. The Cobra Buckle also happens to be only buckle that we know of that will NOT open under load. If that’s not a safe buckle, than we don’t know what is.

With an 18kN rating (approx. 4,000 lbs.) this is also one of the strongest, if not the strongest load bearing quick-release buckle that we know about. Something new that AustriAlpin has just released for 2010 is their S.S. Nautic Cobra Buckle made of INOX stainless steel for the most severe oxidizing environments. They list it as ideal for applications in the Navy, SEALs, Coast Guard, SCUBA, Marine hardware, Bosun supplies, Yahting, Oil Platform rigging and whatever or wherever else nature demands the ulitmate in performance.

Jones Tactical just got a sample of one in that you can check out on his Flickr Account, we’re looking forward to seeing these new buckles in use.

Back in the 90’s the Blackhawk Rigger’s Belt was called the Emergency Rescue (Rigger) Belt for “complete confidence in life threatening situations” and was listed among the rappelling harnesses in the earliest catalog I still have of theirs from 1999. I could have sworn it was marketed as an emergency rappelling harness in earlier 90s catalogs I used to have, but I could be wrong.

In the video you’ll see the URB in use with a standard locking lead carabiner and a safety prusik for my own protection. It is possible that you might not have the prusik in an emergency situation though. Click here for our KOTW instructions on creating a Prusik.

This information is provided solely as reference to supplement proper rappelling training from an experienced guide, not replace it. Rappelling is one of the most dangerous things you can do in climbing, as you have to rely on your equipment and anchors 100%. 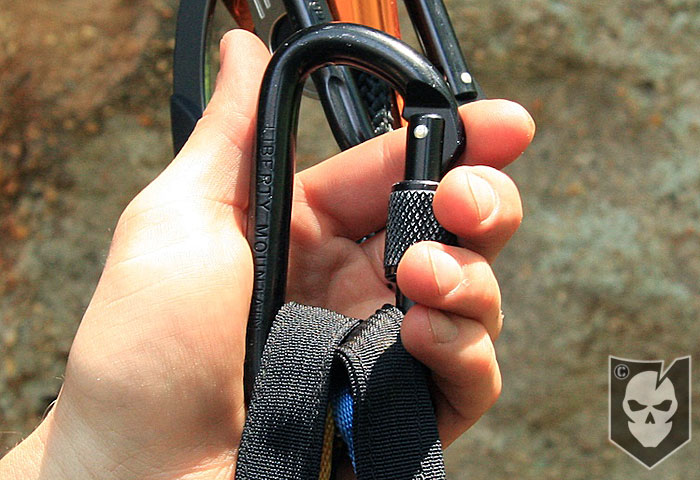 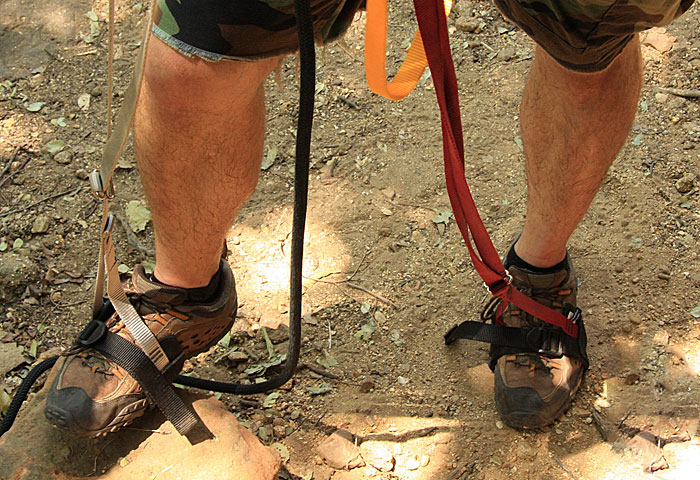 Learn How to Ascend: Part 3, Ascent 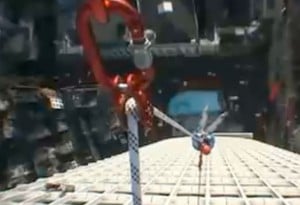