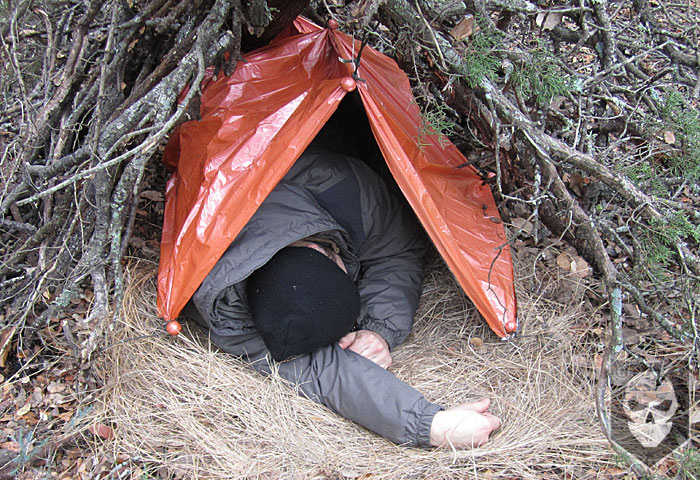 While the definition of Wilderness Survival means many different things to many different people, today I’m using it in the context of a recent Boy Scout Campout I went on with my son and his troop.

Each year our troop, which my son has officially been part of for just about a year, holds an annual Wilderness Survival Campout they call McGyver. They call it McGyver because it’s a one night campout in January with nothing more than what you can carry in your pockets.

When I heard about the premise behind this campout, I was thoroughly impressed that the scouts have this rare opportunity to get out into nature and truly experience what it’s like to be out in cold weather with close to nothing with them for shelter.

A caveat to the “only what’s in your pockets” was that they boys were allowed to have a sleeping bag and plastic sheeting with them to rig a shelter. Being the adventurous type, I decided to not allow myself the luxury of a sleeping bag or plastic sheeting on our overnight wilderness survival campout and show the boys it could also be done without those things.

We were fortunate enough to have a scout dad that had access to a huge game preserve near Glen Rose, TX where we all truly felt alone with nature for our night of “survival.”

I decided to carry what I always strive to have on me, which is my ITS Mini Survival Kit, 50 ft. of Paracord and an Adventure Medical Kits Heatsheets Emergency Blanket. I do have to mention that I also had water in a BCA (Back Country Access) Stash (freeze-proof hydration system), Nalgene, an Emerson Commander, MRE and my all time favorite headlamp, the Petzl e+Lite.

While the typical camping amenities were out the window, this article is focused around the usage of the Heatsheets Emergency Blanket and what I’ve found its capabilities and limitations to be. 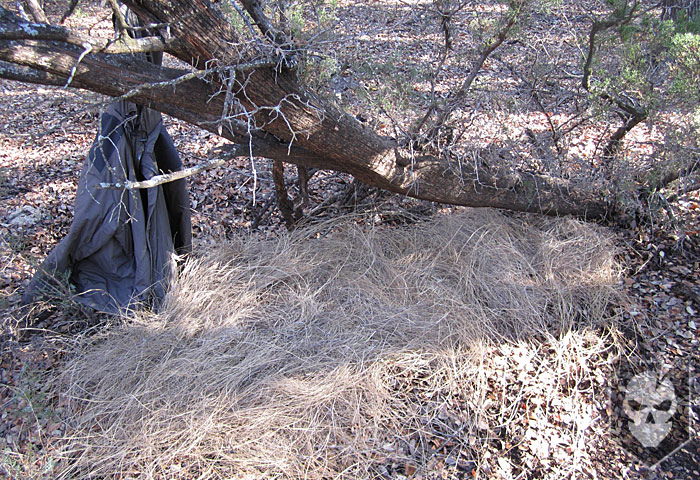 I had a plan in my head before the campout to utilize the Heatsheets Emergency Blanket as a traditional a-frame shelter secured by paracord. Having my Emerson on me I knew I’d be able to fashion stakes of some kind to anchor the tarp.

After some discussion about survival fundamentals with the boys, we all set out to build our shelters. With any kind of shelter, even a tent, the first thing to pay attention to is of course where you’re building it. You want to take notice of where water runoff would go in the event of a downpour and ensure you’re on high, flat ground.

Then next thing is to insulate the ground. Not only for padding, but also to provide a barrier between you and the cold ground. While also important if you’re in a sleeping bag, it’s much more important in my situation where I only had the clothes I had on between me and the ground. Luckily there was long, dead grass surrounding the clearing where we were camping.

I selected a spot based on a nice natural feature I saw where a tree was growing up out of the ground at a 45 degree angle. I decided this would make a great backbone to string up my emergency blanket along. With that I started laying the dead grass down for my insulator, which proved to also provide some comfort during the night. We’d hoped it would drop below freezing, but temperatures stayed in the upper 30s. 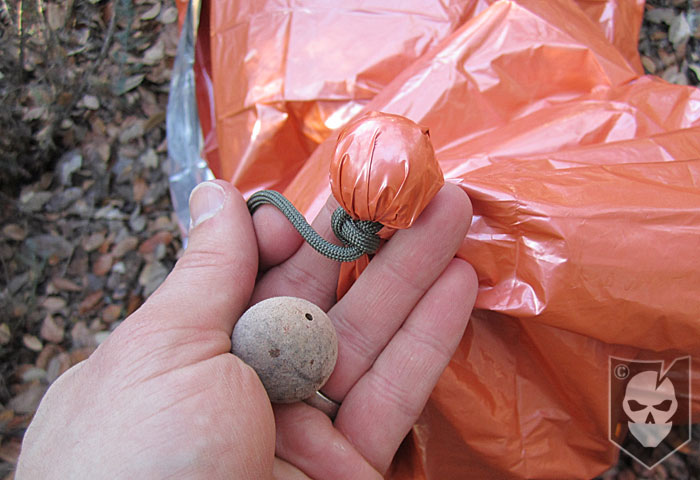 Knowing I wanted to utilize the tree as a backbone to my shelter and an a-frame configuration, I knew I’d need anchor points on the point of the A-Frame as well as anchor points to stake down the sides. I’ve utilized rocks in the past to shove into a section of a tarp, and wrap cord around it to make an anchor point, but there were no rocks to be found in our campsite.

I did, however, find what appeared to be some kind of cypress berry that I covered with the section of the Heatsheets Emergency Blanket I wanted to use as an anchor point. I then wrapped a two foot section of paracord around the berry anchor point and tied two half-hitches. I did this to the eight different anchor points that would be staked in, as well as to the four in the top that would hold the shelter up. 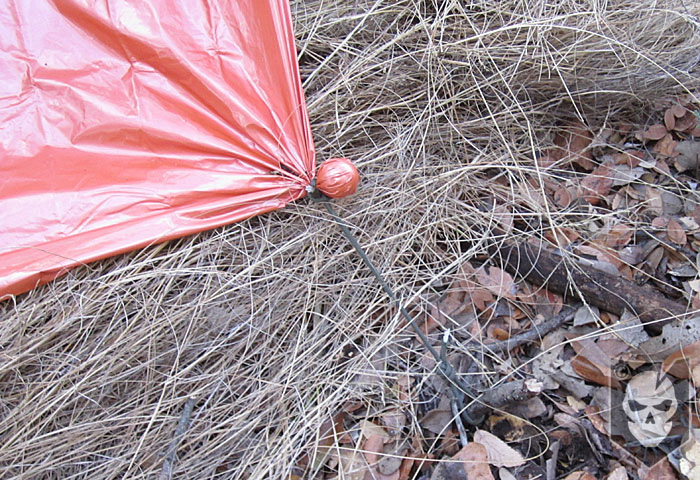 After I had the lengths of paracord hitched around my anchor points, I set out to tie a taut-line hitch with the remaining length of paracord. The paracord I was using for the top anchor points was longer so that I could wrap it around the 45 degree angle tree that made the backbone of the a-frame shelter.

Finding strong wood for stakes was another chore altogether, as all the dead wood on the ground was very brittle. We were of course following the Boy Scout Outdoor Code and not cutting off any living limbs, which I would have done if I was truly “surviving.”

When you put stakes into the ground you want to try to shoot for placing them at around a 30 degree angle. Luckily the ground was soft enough that the stakes I had could be shoved into the ground, yet still held well. 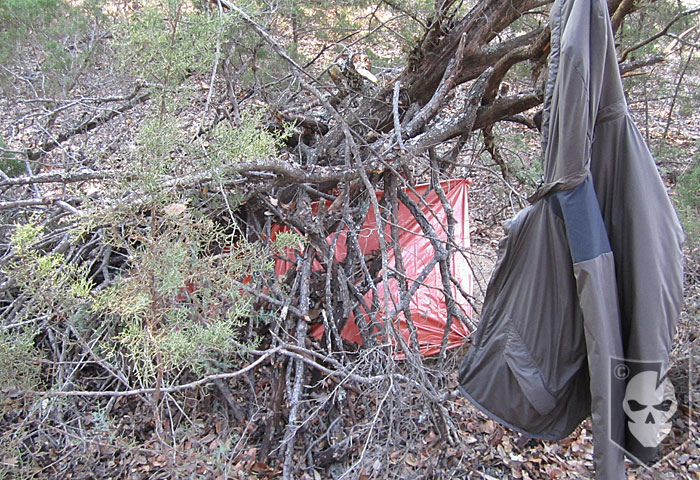 After I had the survival blanket staked in and adjusted the tension of the taut-line hitches, I set out completing the a-frame by finding other dead wood on the ground to stack up on the sides of the backbone tree.

I would have liked to have found branches with leaves or more covering on them, but I also wanted to see how wind-resistant my shelter wound up being as well. I did pile leaves up around the bottom of the a-frame to insulate the distance between the bottom anchor points and the stakes. 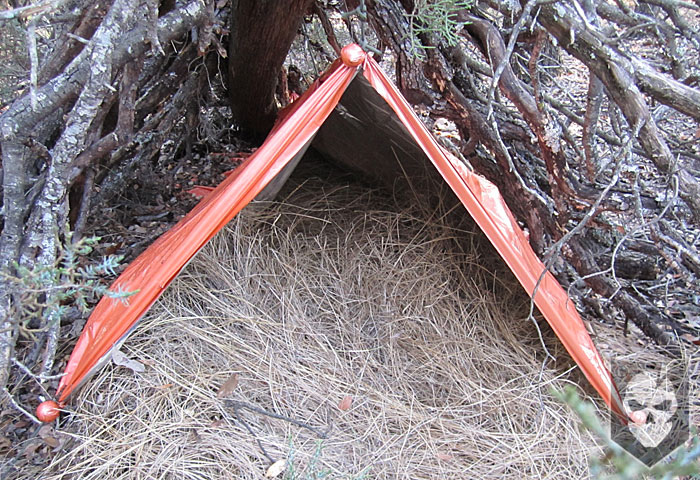 Being around a group of Scouts I probably didn’t get to bed until after midnight, but surprisingly I got a fairly good night’s sleep. My main concern with the Heatsheets Emergency Blanket or any emergency blanket is condensation. The reflected heat that these kinds of blankets provide and lead to condensation build up, which is never a good thing in the cold or otherwise.

As I wasn’t wrapped in the blanket and it was a fairly low-profile a-frame setup, I feel that the little condensation that it did collect was negligible. Had I have been wrapped up in it more or sleeping right against the side of it, I’m sure I would have noticed more condensation.

I did take off my boots, but left the layers of my PCU (Protective Combat Uniform), watch cap and gloves on. All in all I was surprised at how warm I stayed. While a lot can be said about wearing the PCU layers, gloves and the watch cap, I do feel that the shelter aided in keeping me warmer than being out in the elements.

What I also really like about the Heatsheets Emergency Blanket is the 56″ x 84″ size and the durable polyethylene construction. Plus the fact that it weighs 2.5 ounces and when vacuum sealed, hardly takes up any room whatsoever.

I think the coolest thing I took from the campout, other than being able to put the AMK Heatsheets Emergency Blanket to the test, was seeing the scouts build their shelters and learning practical applications, like ensuring your shelter is blocking the wind and not creating a wind tunnel! Also the experience and confidence they gained by spending the night in a shelter they built themselves is something they’ll always have with them.

This experience also taught me that I need to spend more time outdoors with the things I carry on a daily basis and truly learn what each item’s capabilities and limitations are. Despite working with the items outdoors before, I’ve never truly tried to “survive” with what was in my pockets… That might be the next article you read from my outdoor adventures. 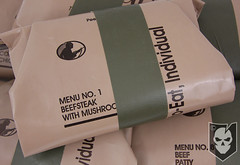 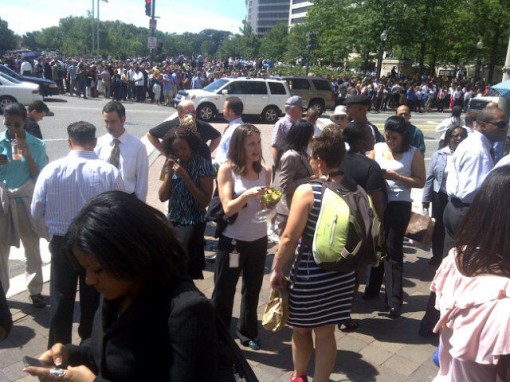 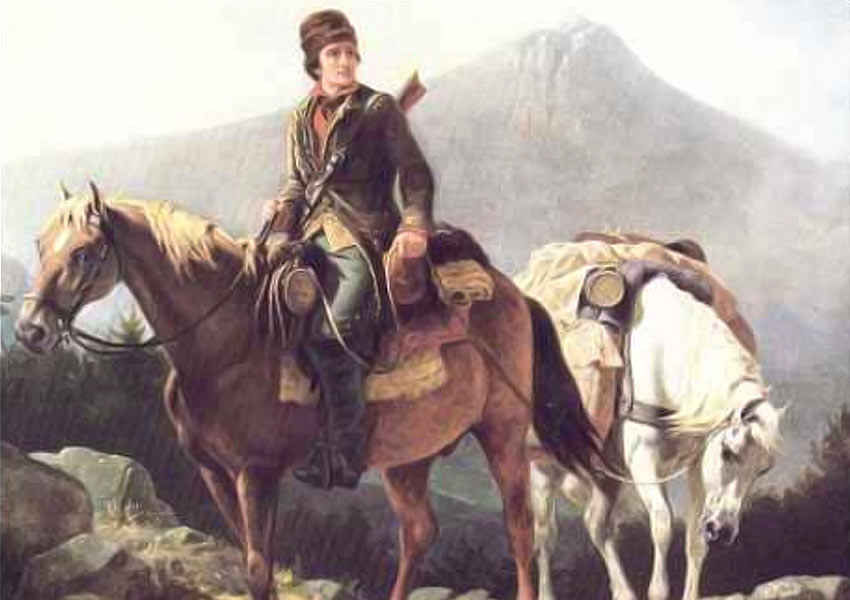 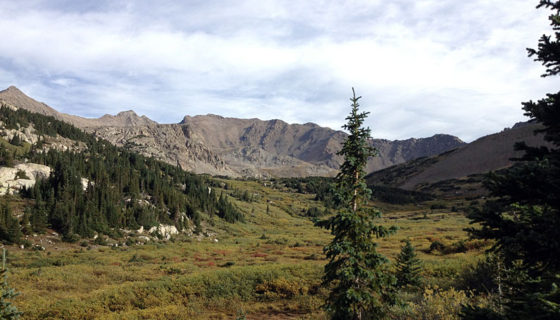 Survival Techniques: Tips and Tricks to Constantly Improve Your Situation