I’ve now been to three CERT (Community Emergency Response Team) classes and am halfway through the training.

The education I’ve received has been enlightening to say the least, but there still a nagging in the back of my mind.

What I’m having the biggest moral dilemma with is the CERT policy of not helping someone  in need.

And therein lies my dilemma.

Before I get into it, let me give you some background information on CERT procedure.

The class before last, we learned about triage and how to properly tag a victim in a disaster.

Triage was first used during WWI by French Doctors and comes from the french verb trier, meaning to separate or sort.

The triage tag, pictured to the right, is one used by CERT and a way to mark victims for treatment and higher echelon care.

Green is the “walking wounded,” yellow is “delayed” (not in need of immediate help), red is “immediate,” and black is “dead.”

These classifications are marked depending on on the victim’s condition.

CERT teaches protocols and assessments to quickly determine a victims status, tag them, and move on to help the next person.

The first step in a CERT triage is to look at each victim quickly for “the killers,” which are airway obstruction, excessive bleeding and signs of shock.

After the triage, a more thorough but still quick head-to-toe assessment is performed to look for bruising, swelling, severe pain and disfigurement.

The head-to-toe assessment can be done “in place” if the building is lightly damaged, or done in the established triage areas.

Moving back to “the killers,” my dilemma lies with airway obstruction.

I’m driving that point in, because that’s the response given to me for many questions I’ve had about the training.

In identifying “the killers,” an airway obstruction is to be handled by using a head-tilt/chin-lift method to open the airway and check for breathing.

Check for breathing, not a pulse. Those are entirely different to CERT and pulse is ignored.

If after a head-tilt/chin-lift the airway is established, it’s taught to find a way to keep the victim’s airway open.

This can be done with a towel propping up their shoulders, thus dropping the head back and opening the airway, or having one of the green tagged “walking wounded” hold their airway open.

Now here comes the clincher. CERT members are NOT to attempt CPR. It’s not taught in CERT, not covered by CERT’s legal protection, and even if you’re certified in CPR you’re not to perform it.

If a person is not breathing, but potentially has a pulse, you’re to TAG THEM DEAD!  This is my moral dilemma. How am I not supposed to want to save someone’s life when I know good and damn well there’s a possibility.

When I questioned our instructor regarding this dilemma, he responded first with the canned “greatest good etc.,” then elaborated with these responses.

With CPR you have to stay with the victim, breathing for them until EMS can arrive. What happens if you’re in a natural disaster and EMS is unable to reach you for three days? Are you going to continue CPR for three days straight?

By you staying with that victim, there’s many others who are not getting your help, just that one victim. That’s not doing the greatest good etc.

When you approach a victim and they’re alive (have a pulse) but not breathing, and you start CPR and they die, you’ve just killed that person and are now have to face the legality of that. I wanted to say “Since when did the fear of litigation take the place of logic?”

My jaw hit the floor as I looked around the room at all the sheeple nodding in unison as if to say “oh, that makes sense.” I was the only person who even appeared to be bothered.

It’s needless to say that I don’t completely agree with the above statements, and I can see the point, trust me. That doesn’t mean I agree with it.

First off, if an airway is established that once wasn’t, CERT teaches someone to stay with the victim to ensure the airway stays open.

Secondly, during excessive bleeding CERT members are taught to stay with the victim and properly bandage them to stop the bleeding via direct pressure.

Why would you not teach it to people who are giving their time to learn how to become first responders and help people?

A friend of mine recently told me a story about someone he knew who’s daughter had fallen into a pool when she was very young. The man called EMS, who responded and gave the little girl CPR.

After a short amount of time they stopped, but the father wouldn’t give up. He pushed them out of the way and took over the CPR, only after grabbing a stethoscope, pulling both ends off, and shoving it down her throat to blow into.

The girl eventually started breathing and is a healthy thirty year old woman now because her father refused to “tag her dead.”

Is this an anomaly? Perhaps, but if your time is worth just one life, why would you not give that aid?

That same friend told me of another guy who said discouragingly that out of the 100 or so times he’d done CPR it’s only worked twice.

That’s awesome! Two people who wouldn’t be here today if not for the attempt to perform CPR. 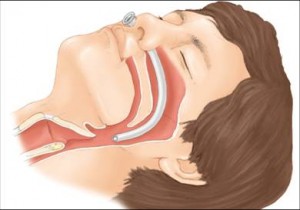 As long as I’m on the subject of CERT policies, lets go back to assessing “the killers.” Those again are airway obstruction, excessive bleeding and shock.

If CERT really wanted to minimize the time that is spent on each victim, and increase that victim’s chances for survival, you’d think they’d be more receptive to the following.

During an airway obstruction, why not throw a nasopharyngeal airway in to address the issue of someone having to stay with the victim to ensure the airway stays open?

During excessive bleeding, why not have a hemostatic agent available if direct pressure doesn’t work? …Tag them dead…

The answers I received to my questions were “whoa, whoa, whoa… that’s too advanced for this class.” Excuse me? A piece of rubber getting inserted into a victim’s nasal cavity is “too advanced?”

Have you ever sucked a piece of spaghetti through your nose? It’s pretty much the same concept, and it should only be used on a semi-conscious to unconscious victim.

Pretty simple if you ask me. Not a whole lot of training involved in that one.

And a hemostatic agent? Too costly maybe? Training someone to recognize when direct pressure isn’t working and to use a hemostatic agent isn’t that difficult. Let’s see, and if that doesn’t work, go to a tourniquet.

That was a pretty big tangent to get off on, I know. Don’t get me wrong, I’m not picking apart the entire CERT program, there’s just a few things that I’m really having trouble with.

My original goal of the article was to show the gear we were issued, but I’ll save that for the next article, along with my good experiences of the program.

I feel those are best left for another article when my mind isn’t focused on the negatives. 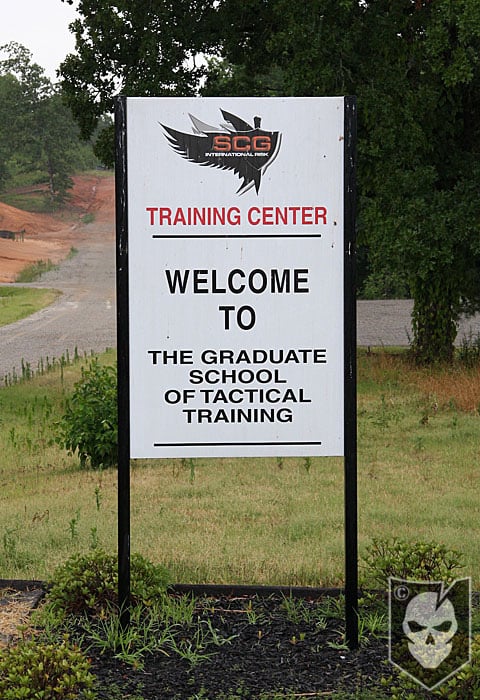 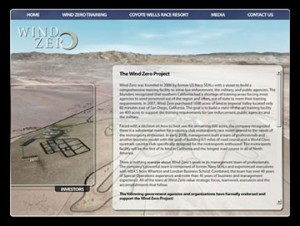