Vertical Fore Grip versus Handguard Grip, Which is Better? - ITS Tactical

In the rifle world, there are two main camps regarding a shooter’s weak hand placement on the rifle. The two common methods are divided into those individuals that simply use the fore-end of the handguard and those that utilize a vertical fore grip. Which is better?

I’ve shot both ways extensively for decades and honestly, a lot of it is going to depend on your strength, shot requirements and technique. Do I think one is better than the other? As I look at both of them, I favor more of a standard grip with my weak hand on the fore-end. The biggest reason why, is that I get to integrate more of the muscular chain when I do so.

If you’ve been paying attention to some of the recent articles we’ve done, you’ve probably picked up on the emphasis we place on strength, power and fitness. This all ties into our shooting technique. There are some shooters who use a biomechanically week shooting technique, versus those that will integrate the muscular chain to help bring the weapon system tighter into their body. The latter grip of using your weak hand in a more traditional manner will allow you to exploit more of the muscular chain. However, it does come at a price.

That price is the requirement of a powerful grip. Recently when I was shooting the new promotional video for the TRICON MK6 rifle, I realized how much I wasn’t gripping the rifle. Most shooters fail to adequately grip, which adversely affects your ability to pull the weapon system into the shoulder pocket. Using the vertical fore grip promoted a tad bit of laziness. Yes that’s correct, I said lazy.

It’s lazy in the sense the shooter relies more on the vertical surface rather than gripping and employing the complete muscular chain. This starts from the fingers and moves all the way through the arms, the shoulders and ends with the upper back torso region. The other problem I saw with the vertical fore grip was either that the shooter was wrapping the thumb around the grip completely, or the primary digits were the only ones gripping. Both promote a weak technique. 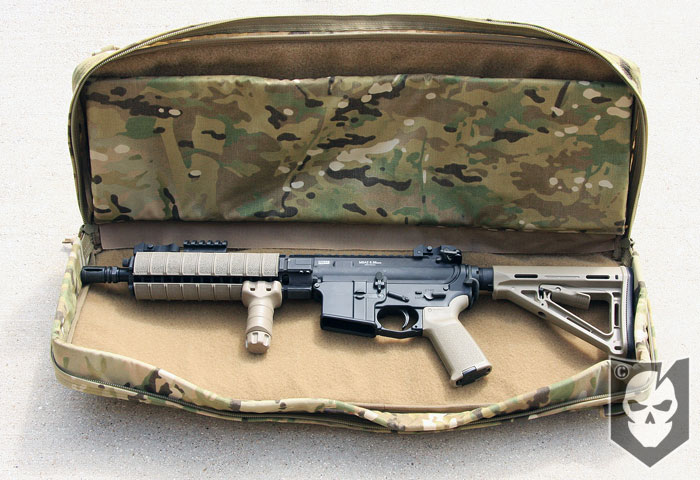 Could it Be that Hard?

If you’re using the fore-end in a traditional manner, there again is a point of diminishing returns. The further away from your body your extremities get, the weaker they are. In the case of shooting, we need them to be strong. It doesn’t take a rocket scientist to figure this out and while some people argue, I see it more as a biomechanical fact. Take a 10 pound weight and hold it out at full extension. See how long you can do that, then bend your arm bringing the weight closer to your body. Now see which you can hold the longest. Not a true scientific study, but it does reek of common sense, which is always a good thing.

Why do I bring all of this up? I do so because strength and power equals increased stability. Increased stability equals increased accuracy. I’m sure we’ve all seen our sight wobble across the target, if you haven’t, then you’re probably doing something really correct or really incorrect. The sight wobble is common and it won’t ever completely go away. On top of that, the longer you hold the weapon, the more wobble you’re going to see. When you integrate a powerful grip with a strong mount, you’re going to see huge improvements in your ability to stabilize your shooting platform for longer periods.

So, which is better for you? That all depends on your strength, shot requirements and technique. 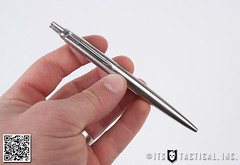