Previously we discussed by a Special Forces Team like the US Navy SEALs might want to include a dog on a high risk and dynamic operation like raiding UBL’s compound.

We then discussed how a Tactical Team might integrate a dog’s ability to fight into their operating TTPs. Now I would like to discuss how the dog might help a Tactical Team to make the best use of technology on the battlefield.

You’re probably reading the title of this article and asking yourself what an Unmanned Ground Vehicle is, let me explain.

UGVs are similar to UAVs (Unmanned Aerial Vehicles) in that they are remotely controlled robots used for performing high-risk operations or to function in locations that humans can’t go.   For instance there are UGVs used for disarming bombs. There were and possibly still are UGVs being used to work on the nuclear reactors that are melting down in Japan.

The Army has mounted various weapons platforms on UGVs, although the effectiveness of these platforms is still being evaluated. Military and Law Enforcement have used UGVs to insert various intelligence-gathering devices into areas prior to inserting tactical operators as well.

So how do we utilize the capabilities of the dogs to transform them into UGVs?

This was mentioned very briefly in my original article, but allow me to expand on this specific point a bit. For a tactical dog, you do not want a huge German Shepherd or Malinois, you want one that is bred from smaller lines for several reasons. First, despite the dog’s abilities, there may be times when the handler has to pick up and carry the dog. This is much easier with a 45-55lbs dog than with a 75-100lbs dog.   Secondly, when parachuting or fast roping, added weight means faster decent.

You may be able to compensate for this on a rope, but under a canopy during a HAHO jump, you need all of your Team members to descend at about the same rate. If you have too much gear and descend faster than the rest of your team, you will either arrive at the Landing Zone (LZ) much sooner than your team, or you will never make it there in the first place. Both situations are bad, tactically speaking. Finally, one of the primary reasons dogs were beneficial to a Tactical Team is that they can fit into and function in spaces that their human counterparts would struggle in.

In addition to choosing dogs that are of modest size, Tactical Teams must select dogs that are agile. Dogs must be able to crawl, climb, jump and operate on narrow walkways at elevation.   Many times, it is precisely this ability that allows the dog to maneuver into the positions we need them in to deliver the equipment that we want delivered.

So what kind of equipment and technology can dogs transport for us?   Well, this is really only limited by your imagination and someone’s ability to make it. Let’s consider things that are available currently.

Infrared and Night Vision Cameras. Dogs are currently being used to transport night vision and IR cameras into buildings and locations ahead of the assault team to gather intelligence.   They have even retrofitted the IR cameras that can look through walls to determine if there are hostiles or hostages, how many, and their disposition.

Listening Devices.   Another piece of technology that can be mounted on our four legged companions are listening devices. Highly sensitive microphones and radio transceivers can be built into harnesses and carried into the objective for hearing what the enemy is discussing prior to a raid.

Route Clearance.   This can be done with our without ultra high tech equipment, but typically requires at least a radio receiver for the dog. For dogs trained to indicate on explosive scent and detect human presence, a dog can be sent ahead of the team along routes to ensure that they are clear of explosives and/or ambushes.

Explosive and Other Device Emplacement. During WWII the Nazis trained their German Shepherd dogs to carry and emplace explosives in front of moving Allied tanks. The dogs would drop the explosives upon command and return to their handler. The Germans would then command detonate these explosives when the Allies drove over them. Because of the dog’s limited profile and the narrow view from inside the buttoned up tanks, the Allies were not even aware that this was happening for quite some time after it was being employed.

In the same way, dogs can be used to emplace explosives at key locations prior to a raids, or even carry in listening and observation devices that are meant to be left behind so that the dog can return to the team for the raid itself.

Can’t Machines Do These Things?

The answer to this question is, yes they can. The problem with machines is that they are slower and louder than dogs. The operator may have slightly more precise control of the direction, as a dog is dependent on voice commands over a radio, but often speed gives a significant tactical advantages and this is where the dog excels.

In addition to this, you can’t call a machine back and use it for scent, hearing, and of course, biting. As mentioned in an earlier article, no machine can match the dog’s nose, and machines are not yet being used to detect specific sounds that give an enemies position away.

The amazing thing about using the dog in this manner is that you have all of these capabilities in one compact package and then the dog can still accompany the Team on the raid with all of the previous advantages we discussed.

Join us next time as we discuss in more detail, the combat capabilities of a dog with his most highly attuned sense, his nose.

Until next time, this is Joel with Dunetos K-9, helping sharpen our world…one dog at a time.

Joel is the founder and head trainer of Dunetos K-9, a training facility and equipment manufacturer specializing in Tactical and standard K-9 equipment.   He has been training and handling dogs for over 10 years and works closely with Baden K-9, a highly respected training facility in Ontario, Canada.   Joel has served in the United States Army for 11 years as a Military Police Officer deploying to the Pentagon days after the 9/11 attack, Afghanistan (2003), Iraq (2007) and is currently serving in Bogota, Colombia (2011) in the War on Drugs.   Joel has specialized in integrating dogs into every aspect of life, from personal obedience and protection to specialized military application. 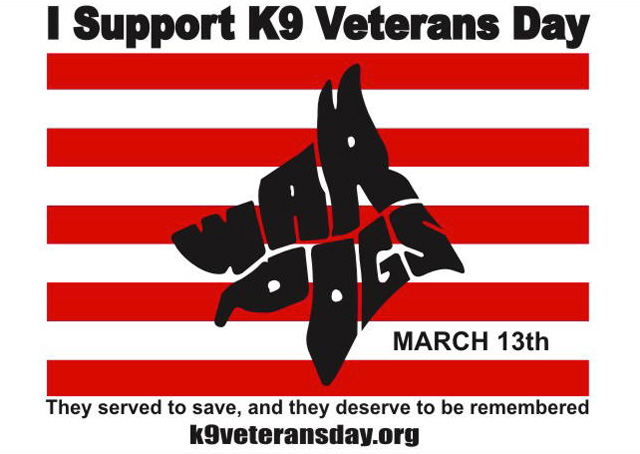 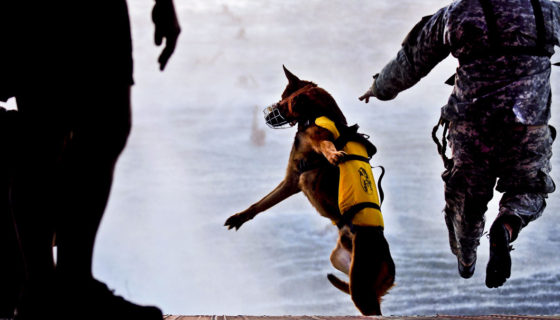 Dogs of War: Why the Navy SEALs would use Dogs as a Force Multiplier 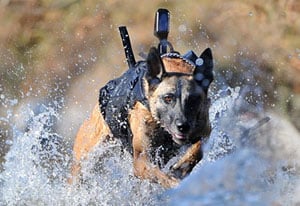 Dogs of War: Equipment for a Special Operations Dog