A Message to ITS Tactical from Texas Governor Rick Perry

A Message to ITS Tactical from Texas Governor Rick Perry

If you don’t know the “Tactical Governor” then you need to head over to this article and read up!

After seeing Texas Governor Rick Perry’s awesome photo shooting LaRue Tactical’s OBR back in March, I decided to send out some ITS Tactical patches and stickers to him, along with a short letter of appreciation (If you look at the photo, he’s wearing a nice TAD Gear jacket with some velcro real estate).

Essentially my letter was a brief overview of what we did here at ITS Tactical, that I was proud to call Texas home and that I appreciated all his hard work to keep our state safe. Also from one Veteran to another, I thanked him for his service and that he not only had  my support, but the support of everyone at ITS (I didn’t forget you guys)! 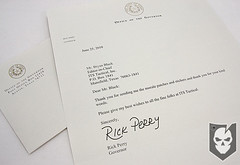 I honestly didn’t expect a personally signed response from Governor Perry, but just last week I got an awesome letter in the mail. He thanked me for the morale patches, stickers and kind words. He also said to give everyone his best wishes!

It’s not often that someone in Governor Perry’s position takes the time to hand-sign a letter, and at first glance I thought it was a stamp.

On behalf of ITS Tactical, thank you Governor Perry! 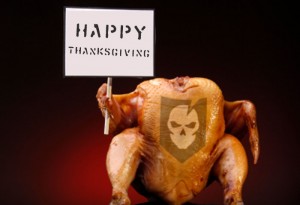 Happy Thanksgiving from ITS Tactical

ITS Tactical Morale Patches Back In Stock 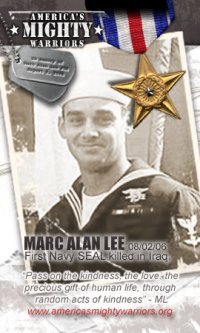 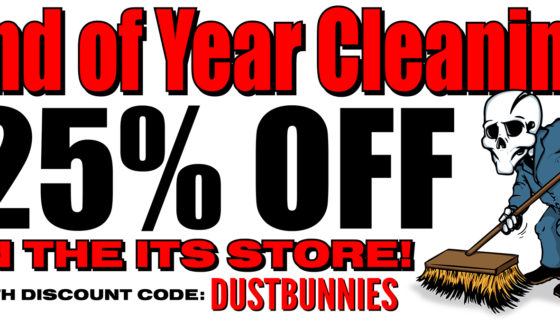 The End of the Year is Almost Here! Don’t Miss Our Biggest Sale Ever!