Who Can Get More Facebook Fans? ITS Tactical or The Survival Podcast

Who Can Get More Facebook Fans? ITS Tactical or The Survival Podcast

I’m putting out this announcement to get your help because we all know that “It Pays to Be a Winner!” I’ve formally bet Jack Dinner and 100 Push-Ups that ITS will come out victorious with more fans by the 31st of August.

If we lose, I’ll make a video of my 100 Push-Ups for YouTube and scan my receipt from Dinner with drinks included (anywhere Jack and his wife Dorthy would like to go with My wife and I). Jack is no cheap date and can drink like a fish… Well, I guess that makes two of us!

If we win, there will be something awesome for our Fans! We haven’t figured it out yet, but it’s going to be good. Of course, I’ll expect Jack to make a YouTube video of his 100 Push-Ups too when he loses! What are you waiting for? If you’re not a fan yet, head on over to the ITS Tactical Facebook Fan Page and “Like” our page! If you’re already a fan, hit that “suggest to friends” link under the ITS logo photo and help us win this thing!

Just for the record the competition starts today, I thought I’d give Jack a little more time since he only has 2,979 Fans and we have 3,102 (just twisting the knife in a bit more).

Get The Most out of ITS Tactical 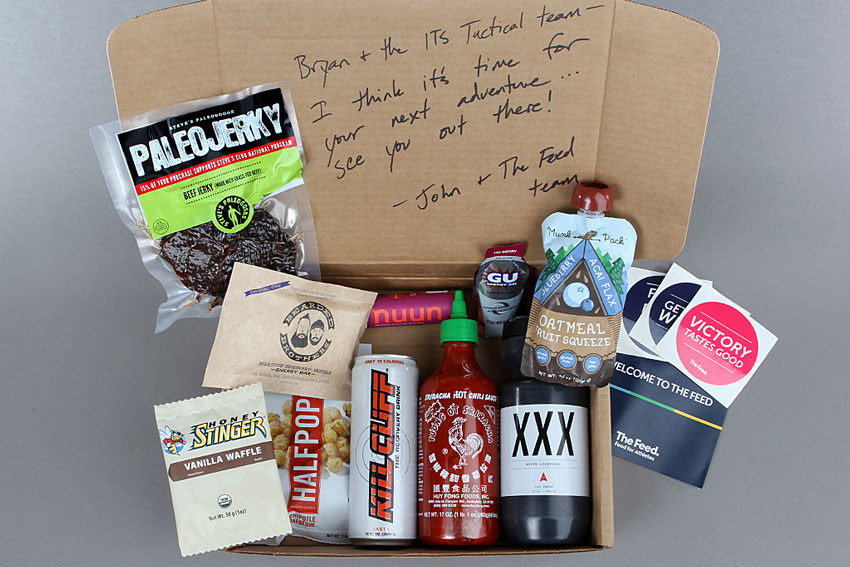 ITS + The Feed Giveaway: Win a Box of Fuel for Adventure! *Update*