Honoring President George H. W. Bush and His Life of Service - ITS Tactical

This past Friday evening, we learned of former President George H. W. Bush’s passing. Throughout his 94 years, George Herbert Walker Bush served as a Navy Pilot, Congressman, U.N. Ambassador, CIA Director, Vice President and finally, as the 41st President of the United States. Today, we take some time to honor his legacy. 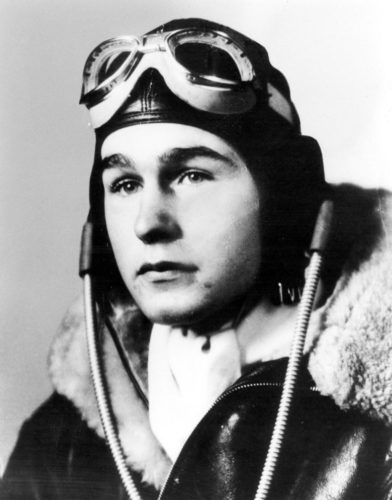 From his service in the Navy as one of the youngest pilots in the organization’s history to his time spent as a Congressman, Bush always seemed to have service in mind. With his wife Barbara and their six children, Bush served in political offices from 1963 to 1977. A failed run at the Presidential Nomination in 1980 looked it like it might the political end for him, but a last minute decision in the Reagan campaign saw him added to the ticket as Vice President. He served in that office for both terms under Reagan and used that position to officially run for President in 1988.

As President, George H. W. Bush entered his office during a tremendous period of change in the world. From the fall of the Berlin Wall to the collapse of the Soviet Union, the world was at a breakneck change of pace and Bush was at the helm of one of the only standing superpowers.

No President has been free from criticism and President Bush is no exception. However, he lived a life spanning 94 years devoted to serving his country and raising his family. With his passing, George will join his wife Barbara, who passed away earlier this year.

We wish President George H. W. Bush fair winds and following seas, as we spend today honoring his memory. We’ll leave you with a few words from Bush himself in a letter he wrote to the incoming President Bill Clinton in 1993. His message is short, but helps remind us all to keep pushing forward, despite the obstacles.

When I walked into this office just now, I felt the same sense of wonder and respect that I felt four years ago. I know you will feel that, too.

I wish you great happiness here.

I never felt the loneliness some presidents have described. There will be very tough times, made even more difficult by criticism you may not think is fair. I’m not a very good one to give advice, but just don’t let the critics discourage you or push you off course.

You will be our president when you read this note. I wish you well. I wish your family well.

Your success now is our country’s success. I am rooting hard for you.