Today marks the 72nd anniversary of the brutal forced march of American and Filipino prisoners of war from the southern tip of the Bataan Peninsula to San Fernando, Pampanga. With reports varied, it took approximately six days to cover the nearly 60 miles by foot and then a train car to reach the final camp and over 80 miles travelled total with little to no food or clean drinking water.

Leading up to the surrender, American and Filipino forces fought bravely in the Philippines, but eventually the odds were stacked against them. Due to a Japanese blockade, supplies were cut off from the Allied troops and as resources dwindled, conditions worsened.

With Corregidor Island close to falling, President Franklin D. Roosevelt ordered General MacArthur out of the country to avoid being taken prisoner. Reluctantly, MacArthur and his family left late in the evening by way of PT boats. They had to be extremely careful to not be spotted by Japanese patrols on the two day journey until flying to safety in Australia.

By the time MacArthur left, the troops were already sick and emaciated and running out of supplies. Many could barely carry their own rifle because they were disease ridden and eating half rations per day.

The Japanese fought hard to break the line and in a few days, they disintegrated the Allied defense. 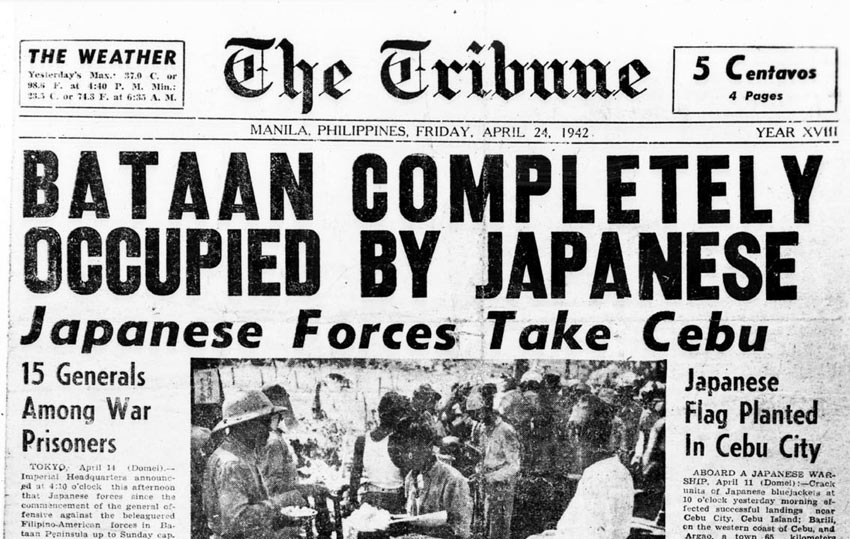 Transcript of the “Voice of Freedom” Radio Broadcast on April 9, 1942:

“Bataan has fallen. The Philippine-American troops on this war-ravaged and bloodstained peninsula have laid down their arms. With heads bloody but unbowed, they have yielded to the superior force and numbers of the enemy.

The world will long remember the epic struggle that Filipino and American soldiers put up in the jungle fastness and along the rugged coast of Bataan. They have stood up uncomplaining under the constant and grueling fire of the enemy for more than three months. Besieged on land and blockaded by sea, cut off from all sources of help in the Philippines and in America, the intrepid fighters have done all that human endurance could bear.

For what sustained them through all these months of incessant battle was a force that was more than merely physical. It was the force of an unconquerable faith—something in the heart and soul that physical hardship and adversity could not destroy! It was the thought of native land and all that it holds most dear, the thought of freedom and dignity and pride in these most priceless of all our human prerogatives.

The adversary, in the pride of his power and triumph, will credit our troops with nothing less than the courage and fortitude that his own troops have shown in battle. Our men have fought a brave and bitterly contested struggle. All the world will testify to the most superhuman endurance with which they stood up until the last in the face of overwhelming odds.

But the decision had to come. Men fighting under the banner of unshakable faith are made of something more than flesh, but they are not made of impervious steel. The flesh must yield at last, endurance melts away, and the end of the battle must come.

Bataan has fallen, but the spirit that made it stand—a beacon to all the liberty-loving peoples of the world—cannot fall!”

Of the more than 70,000 prisoners of war captured by the Japanese, between 5,000 to 11,000 never reached their destination of the march. There was only one road out and as they walked, their captors stole everything they had in their pockets, including wedding rings and other mementos. As they defeatedly marched passed the troops they’ve been fighting, they would also get beat. 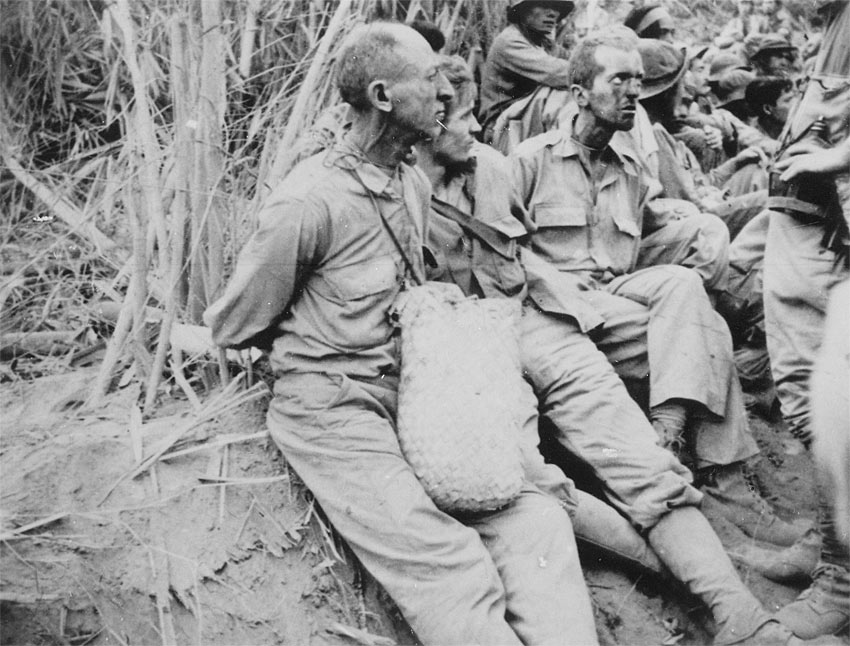 Survivor Jim Bollich remembers passing fresh water just 20 feet from the road and not being allowed to drink any. No food or fresh water was allowed and even Filipino civilians would be shot or beaten if they were caught giving food and water to the prisoners that passed by. Only after the third day of walking were prisoners allowed to drink from filthy water buffalo wallows.

The heat of the tropic was simply too much and without enough water, prisoners would collapse. If they could not get back up and walk, they were shot or beheaded by the Japanese. The beginning of April in the Philippines is often the hottest and most dry time of the year where the temperature can get up to 104F.

Prisoners who survived the march were sent off by train to POW camps and primarily Camp O’Donnell where they would remain until liberation in January of 1945. Sadly, approximately 20,000 Filipinos and 1,600 American soldiers died while at Camp O’Donnell. Bataan was recaptured shortly after.

General MacArthur promised to one day return to the Philippines and in March of 1945, he did just that. 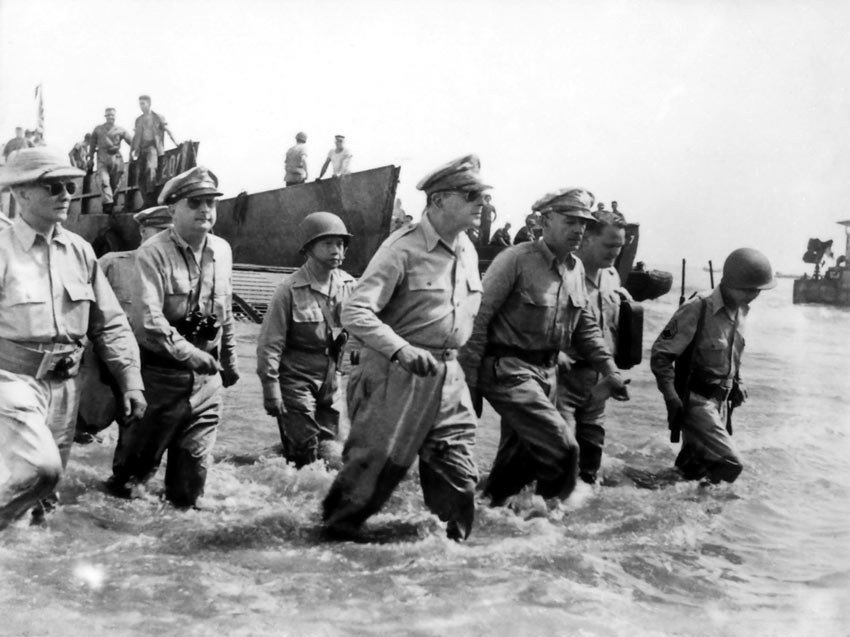 It’s important to remember the forced march our soldiers went through, now known as the Bataan Death March. Keep those lost, as well as those who’ve returned to tell the stories in your thoughts. War is ugly and we can’t forget what those that have gone before us have faced so that we can have our tomorrows.