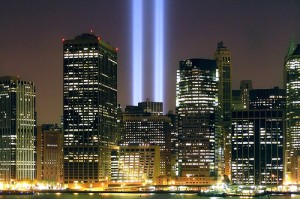 To honor the memory of our fallen on this 10th anniversary of September 11th, we’d like to hear from you. Tell us your story and how you were personally affected by the tragedy and what were you doing when you heard the news.

When I heard the news on September 11th, 2001 I was a naive 22-year-old enrolled in Junior College here in Texas. I was wandering aimlessly through a long path in earning my Associates Degree in Computer Science while working part-time at a commercial photography studio and taking just as many classes as I needed to get by each semester. This along with running in a circle of friends that had similar ambitions wasn’t doing me any good.

The morning of the 11th I was up to what I did best, sleeping in until the last minute I could before I had to get to my first class. Before my alarm rang, I got a call from my dad that woke me up. He told me to turn on the TV and that a plane had flown into the World Trade Center in New York.

I grabbed the remote and turned on the TV a few minutes after Flight 11 struck the North Tower. I watched in horror, thinking of everyone involved in what I still thought was an accident. Little did I know at the time that a second plane was bound for the remaining tower and that my life would be jolted in a new direction.

At 8:03 a.m. central time I watched in disbelief as Flight 175 struck the South Tower of the World Trade Center. This was no longer a accident I thought to myself, our planes are being used against us. The news station I was watching was reporting it as a freak accident, but I knew better.

Despite what I knew was happening, I went about my routine, getting ready to head out the door for class. I remember continuing to ask myself, “how could this be happening?”

While driving to my class I was talking about the tragedy with my friend Bryan, when he told me that Flight 77 had just struck the Pentagon. Three planes? This couldn’t be happening…

Walking into school I saw nearly everyone crowded in the main hallway staring up at the multiple TVs that were showing the breaking news. I continued into my class and grabbed a seat in the auditorium-like classroom, just as my normally enthusiastic professor walked in with a terrified look on his face. He immediately looked up at the few of us sitting there saying “class is cancelled, god help us all…”

I remember sitting there as everyone else immediately got up and walked to the door to leave, feeling lost. I eventually got up to leave and walked into the hallway, joining the others gathered around the TVs just as the South Tower collapsed. Disbelief is all I thought when the tower fell and hoping that everyone made it out who could.

I stood there as the report came in that Flight 93 had gone down in Somerset County, PA and later watched in horror again as the North Tower collapsed. Eventually I left the glow of the TV at school and learned that all classes were cancelled the remainder of the day. My drive home was a somber one, not knowing exactly what to do with myself, but wishing I could help.

In the days after the attacks of 9/11 I saw America at its best, rallying in patriotism, unity and a sense of purpose. American Flags few from nearly every home, business, car and t-shirt. Despite this oneness eventually fading, I personally vowed to never forget and to do everything in my power to ensure those who perished did not do so in vain.

I thought about how I could make a difference and made the decision in the days following the attacks to follow through on the dream that I always believed was too hard to achieve. That was to join the Navy and become a SEAL, a dream I’d had since I was 12. I wanted to first finish what I’d started at school and ensure that I went in with at least my Associates Degree. I figured I also needed that long to get in shape and prepare myself for what I was about to undertake.

In less than two years  I was in the best shape of my life, finally finished with my degree, in love with the woman of my dreams and leaving for one of the most challenging programs the military had to offer.

9/11 affected me in ways that I’ll never be able to explain; I feel like it woke me up, slapped me in the face and told me to quit wasting my life. I left a lot behind with my new direction; friends, ideals and especially habits. I felt the tragedy of our nation as my driving force and I often found and still find my drive though it.

The American Flag means the world to me and I’ve learned through my military service, through the adversity our country has faced and through my own personal hardships, to use it as a constant source of strength. I believe in America’s resilience and all that we can accomplish as a nation.

I will never forget…

Please consider sharing your story in the comments and always remember September 11th, 2001 and our fallen. 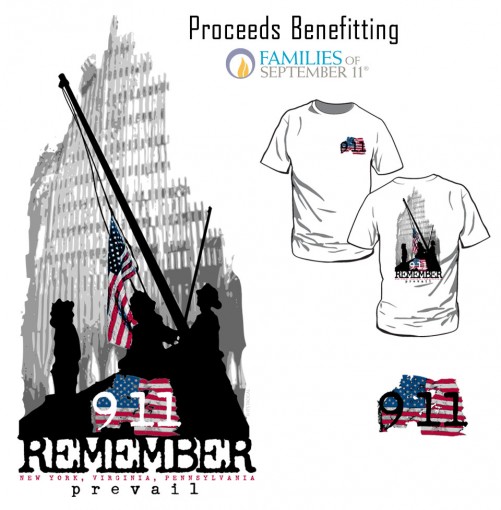