Ranger School is Dead, but Not for the Reasons You Think - ITS Tactical

Ranger School as we knew it is dead and the price paid is still to be determined.

That’s right, Ranger School is dead and it’s not the fault of the female cadets or soldiers either. The Death of Ranger School began a long time ago, when Ranger School was labeled a “leadership” school by Army officers who wanted it to be used to “punch” an officer’s ticket. You see, there’s a bigger picture here. For me it’s easy, anyone who doesn’t require the skills taught at Ranger School shouldn’t attend; whether male, female, officer, enlisted or cadet.

Let’s look at what Ranger School is designed for and what tasks are taught and performed by Ranger School students. The following text comes straight from the Ranger Departments website, specifically where they discuss the history of Ranger School.

“The Ranger Course was conceived during the Korean War and was known as the Ranger Training Command. On 10 October 1951, the Ranger Training Command was inactivated and became the Ranger Department, a branch of the Infantry School at Fort Benning, Georgia. Its purpose was and still is, to develop combat skills of selected officers and enlisted men by requiring them to perform effectively as small unit leaders in a realistic tactical environment, under mental and physical stress approaching that found in actual combat.

Emphasis is placed on the development of individual combat skills and abilities through the application of the principles of leadership while further developing Military skills in the planning and conduct of dismounted Infantry, Airborne, Airmobile and Amphibious independent squad and platoon-size operations. Graduates return to their units to pass on these skills.

From 1954 to the early 1970’s, the Army’s goal, though seldom achieved, was to have one Ranger qualified NCO per infantry platoon and one officer per company. In an effort to better achieve this goal, in 1954 the Army required all combat arms officers to become Ranger/Airborne qualified.”

You see, the Army failed itself, its soldiers (past and present) and the citizens of the United States. Whenever you make a school necessary to punch an officer’s ticket for promotion, you in fact degrade readiness and this is what has occurred over time. Some say that Ranger School is a “leadership” school. Well if that’s so, then why isn’t the Sergeant Majors Academy in charge of the curriculum as it is with all NCO development schools? Because it’s not just a leadership school, it’s an Infantry School. Why? Because it uses Small Unit Infantry Tactics to teach Combat Arms Soldiers how to be better Light Infantry Soldiers.

Ranger School prepares soldiers to conduct combat and reconnaissance dismounted patrols, in different environments. Does every officer and enlisted soldier need this capability? No! The soldiers who need this skill are those who will actually be performing these tasks as part of their job and the operations that they will be required to perform.

The sad thing is the Army gave way to politics, which means that if the command doesn’t have the intestinal fortitude to stand up to politics and politicians, then how can they be trusted with the Army’s readiness? The Army can’t tell the country, least of all actual Rangers, that these woman weren’t given special treatment. The fact is they were and every Ranger knows they were because the community is small and we enlisted men will talk if something stinks.

So what will be interesting in the coming weeks and months is whether the Army decides to lift the exclusion for women to serve in Combat Arms MOS’s, because that’s what this whole social experiment has been about.

Lastly, I want you to think about this carefully. If the military opens up these combat arms jobs to women, will the United States Military be stronger or weaker for that decision? The reason I ask this is because our allies and enemies have a vote; our National Defense Strategy can suffer if we don’t take into consideration the cultures that we interact with. The world is mostly a male dominated society, I know some of you may not like hearing that, but it’s true. If we don’t look at the bigger picture here, we may be doing more damage to ourselves globally for the sake of equality within our own country.

Just because women in our culture have the opportunity to excel and do or become anything, doesn’t mean that allowing women in combat arms is necessarily the right thing to do from a strategic point of view. Especially when you take into consideration who they may have to interact with and where we may have to fight.

Editor-in-Chief’s Note:  John Hurth is a retired U.S. Army Special Forces Soldier who served with 1st Special Forces Group at Ft. Lewis, WA where he participated in multiple deployments overseas to include two combat tours in support of the Global War On Terror. He now uses his years of tracking knowledge as the owner and lead instructor of the TÝR Group where he and his staff conduct training on various tracking techniques. 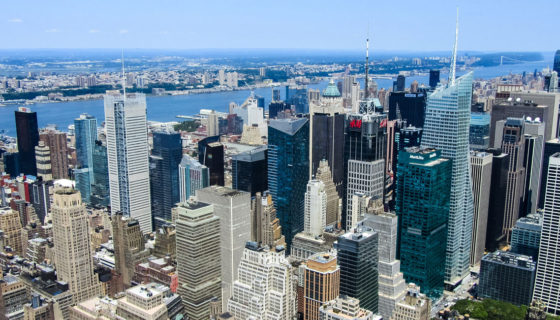