LifeProof Nüüd: A Waterproof Phone Case That Let's You Touch Your Touchscreen - ITS Tactical 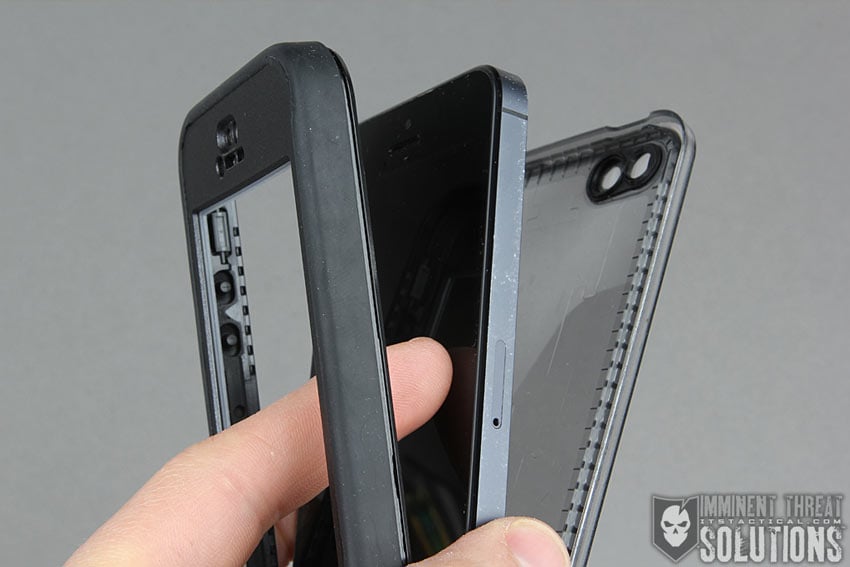 Much has changed since my original LifeProof Case review back in 2012, namely a new version called the LifeProof Nüüd. What’s different about the Nüüd vs. the old style (which has been upgraded too and now sold as the Frē,) is that they fixed the problem with screen protector I addressed in the last review by completely removing it! All this while still retaining all the awesome features of a LifeProof Case; waterproof, dirt proof, snow proof and drop proof.

So you’re asking yourself, how it it still waterproof if there’s no screen protector? Simple. There’s a gasket that skirts the edge of the glass that keeps everything out. The home button is an actual button and still sealed with its own gasket.

The Benefits of LifeProof 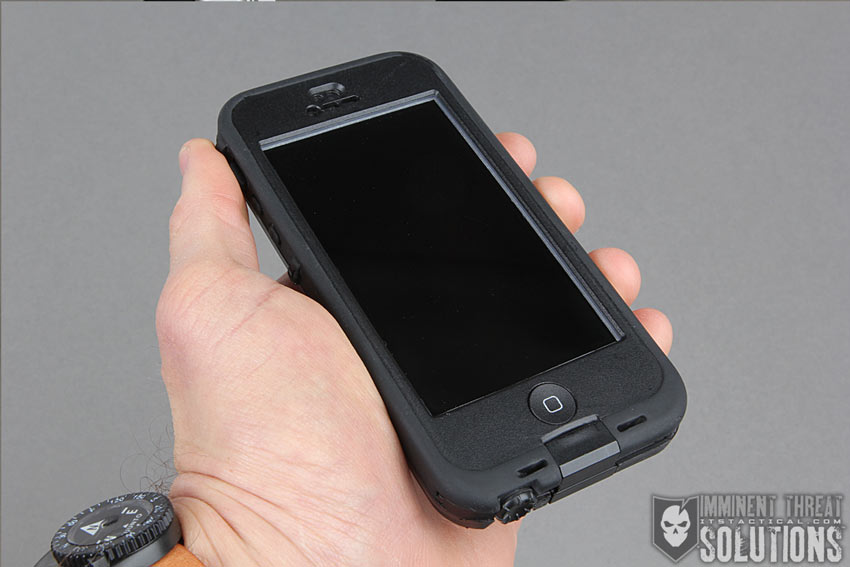 In my previous article I mentioned what led me to the LifeProof in the first place was a careless early-morning fumble-fingers accident that involved checking email while standing over the toilet relieving myself. Since then, I’ve been hooked on the LifeProof case and not having to worry about water, dirt, dropping, you name it. I’m the Bobby McFarrin of mobile phone users.

Protected by The Four Proofs:

The other benefits in this upgraded Nüüd case are that with the iPhone 5 Lightning Connector, there’s no issue with the fit. Previously when plugging in the old style Apple charger, I struggled from time to time and felt like the charger was going to snap off. The charge port door on the Nüüd is significantly smaller as well and the gasket is much more robust.

LifeProof has also found a way to integrate the screw cap that seals the headphone port, right into the body of the case. It’s retained on the case so there’s no way to lose it and they don’t have to include a spare like they did with the prior version of the case. The actual button that covers the home button of the iPhone is very well done too and has great feedback when depressed. 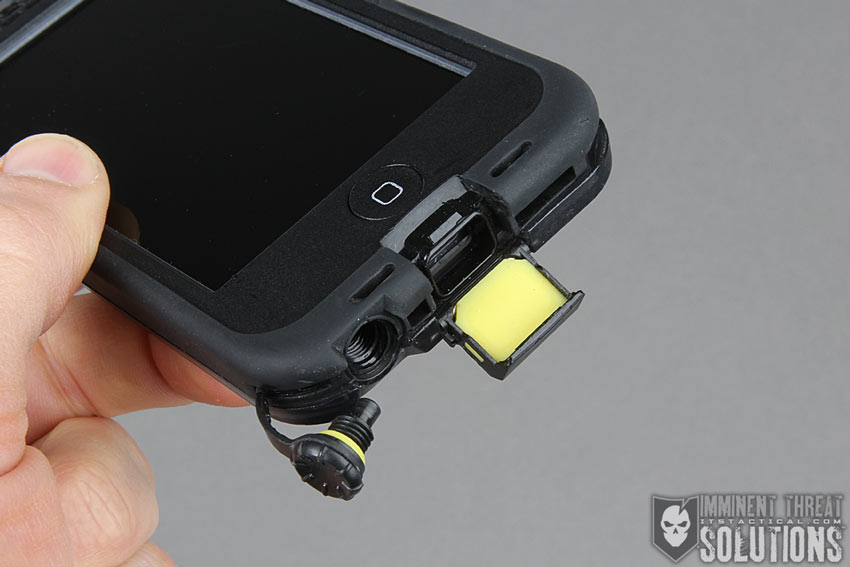 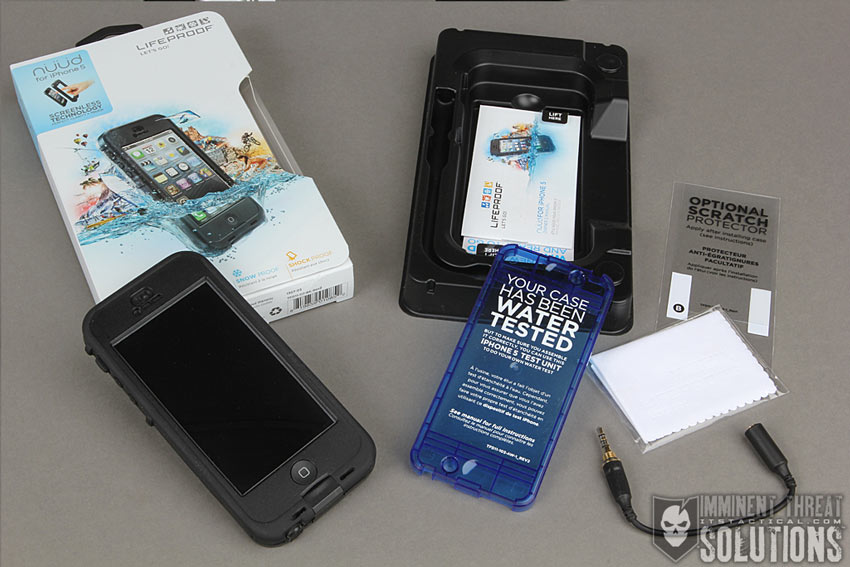 It’s amazing being able to still retain the tactile feel of the iPhone glass when typing, yet still know the case is extremely well protected. LifeProof included an optional screen protector with the Nüüd, but that defeats the whole purpose of the case in my opinion and I haven’t used it.

There’s a significant lip around the screen so that even if you dropped it face down, which I’ve done, the glass won’t ever meet the surface. I suppose there’s always the possibility it could drop glass-down on a jagged rock, but you could what if that scenario to death. 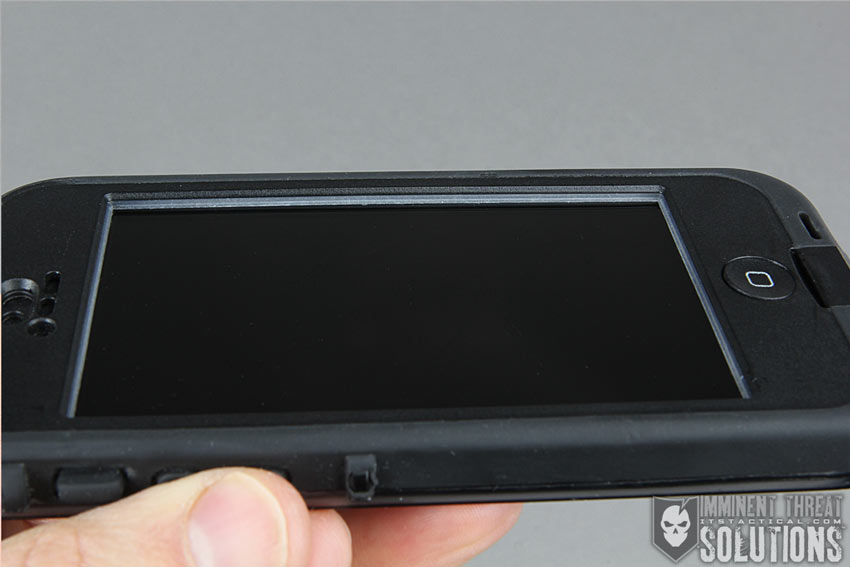 As you saw with the video above, the LifeProof Nüüd survives water and I’ve been swimming with this version just like with the last. It’s still just as entertaining to listen to music underwater on a breath-hold. With the previous LifeProof case, I was able to utilize all the functionality of the iPhone while underwater, including pushing buttons and even recording sound. However with the Nüüd, you can’t utilize any functions that depend on touching the glass while underwater.

As a side note, LifeProof offers a Total Water Protection Plan that costs just $10 the first year and offers free repair/replacement of your device should it fall victim to water damage. Since I don’t have this, I can’t comment on it in detail, but it looks like it’s just for the first year and has to be purchased from LifeProof directly at the time you buy your case. 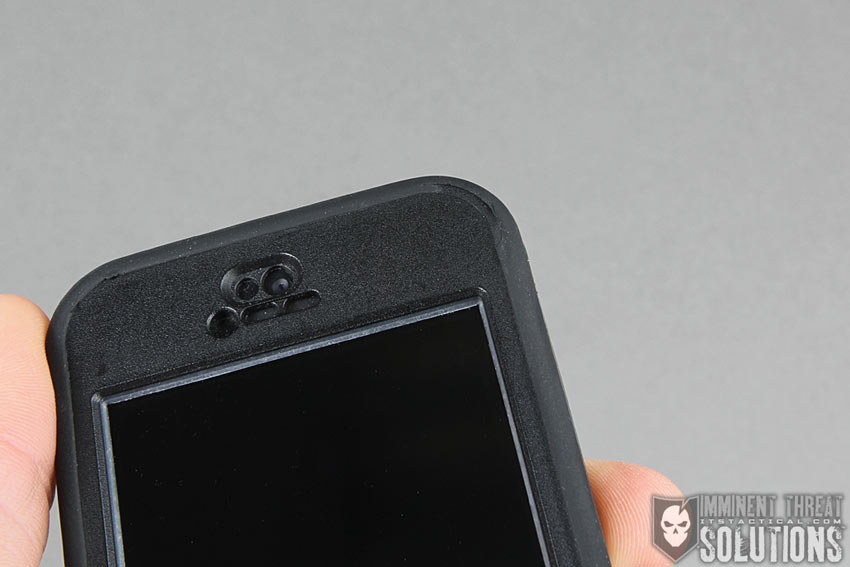 I can’t tell you how many times I’ve dropped this case and it’s protected my phone each and every time. There’s a bit of scuffing all over and some places that the concrete ate away at the soft rubber part, like in the upper right of the case front and one of the protective tabs around the controls on the side. However, this case has worked and is still ticking. That’s all the really matters to me. I can deal with cosmetic blemishes.

There are still a few downsides with this case, actually two. The first is that an adapter is still required to listen to music with certain headphones. The upgraded Apple iPhone 5 headphones will still fit, but models like the Bose Headphones I run with don’t fit without the adapter. 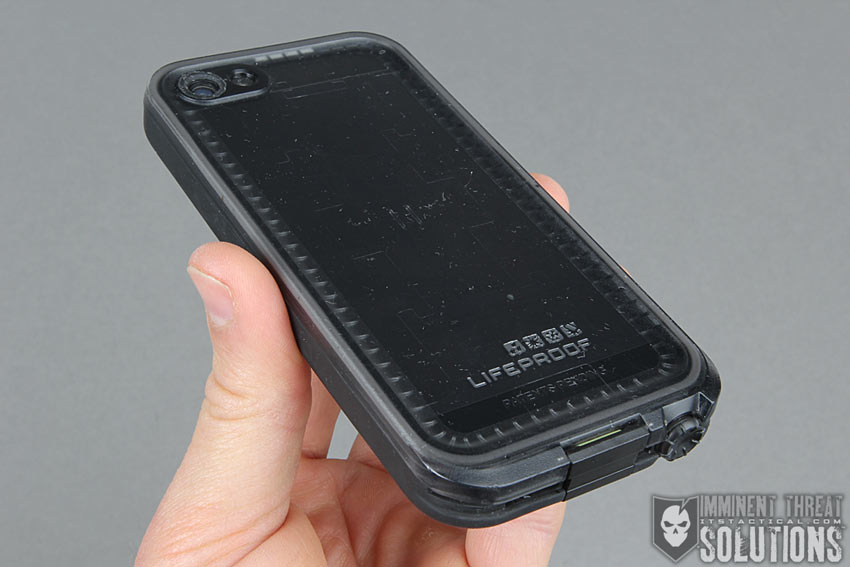 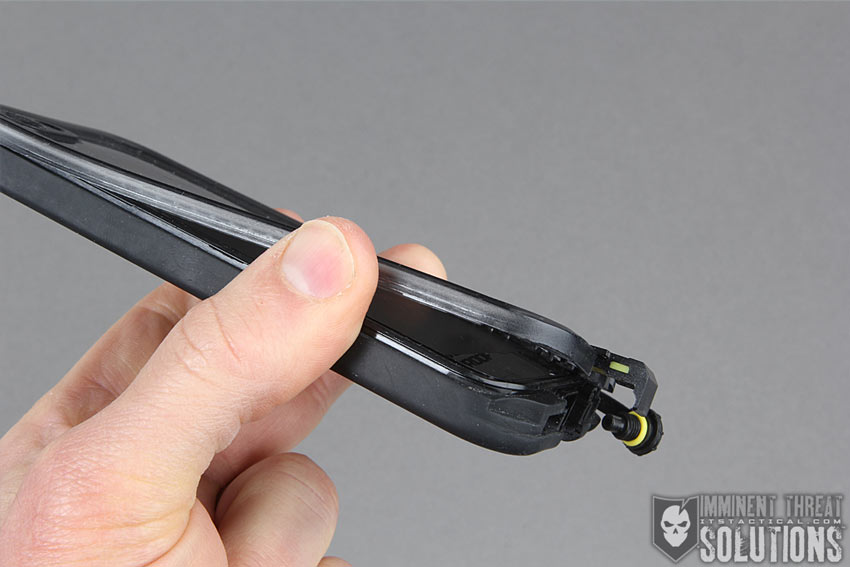 The second issue I have is more of a pet peeve, but because the back of the clamshell designed case is hard plastic and has no rubber coating around it like the front of the case does, anything that causes the phone to vibrate is extremely noisy.

Alarms, calls, etc. all become ten times more annoying than when the phone is placed face down so that the rubber coating is making contact with the surface you set your phone down on. Setting it on a coaster of some kind is a fix for this and so is just leaving it in a pocket. 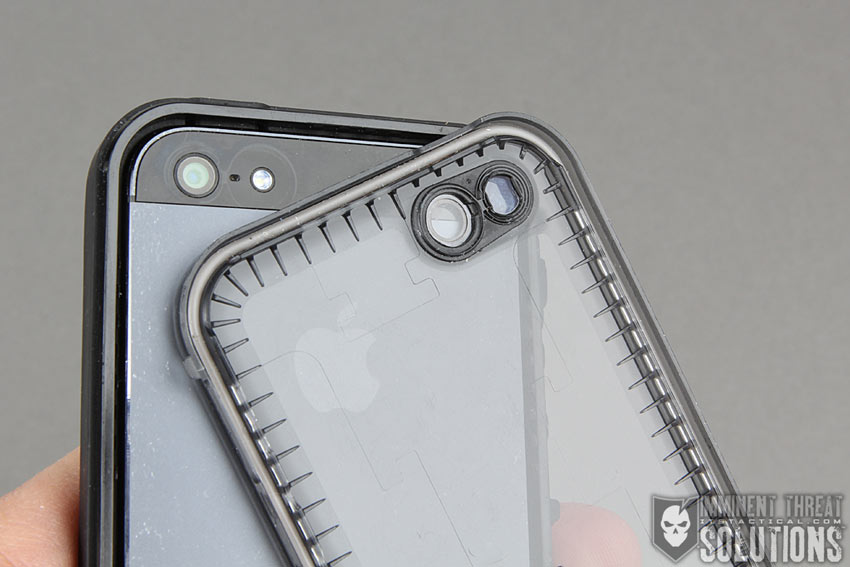 With the evolution the LifeProof design team has already proven they’re capable of, I’m looking forward to the future of LifeProof offerings for our devices that truly have become a necessity in our lives. 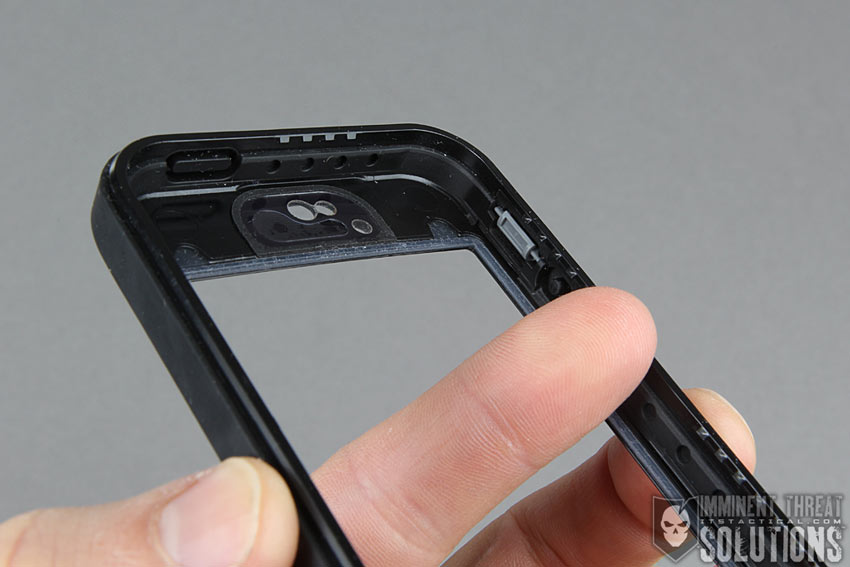 I’ll close with this. In my opinion, nothing beats the natural feel of the iPhone without a case and even with the increased height of the iPhone 5, it’s still small and compact. That being said I’d love to see an offering from Lifeproof that fixes the things I’ve mentioned, but with an even smaller form factor. It’s certainly not as bulky as the previous LifeProof case I had on my iPhone 4, but it’s sure a big difference over the phone without a case.

To me, the added bulk is still worth the trade-off when it comes to the peace of mind in knowing that my phone is protected.

Read more about the LifeProof Nüüd and pick one up here on their Website. 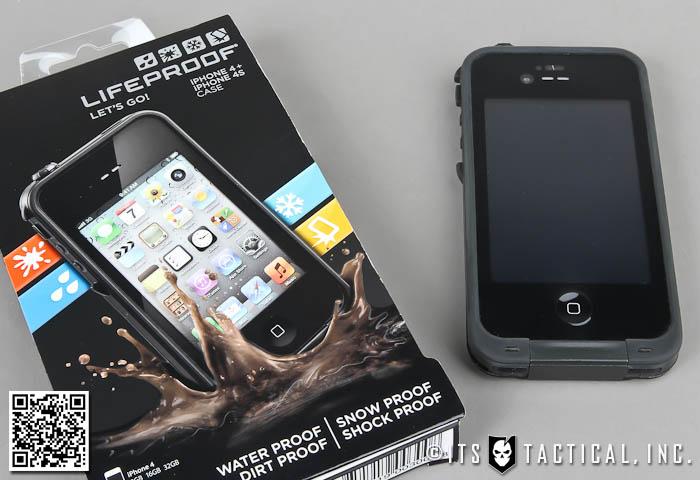 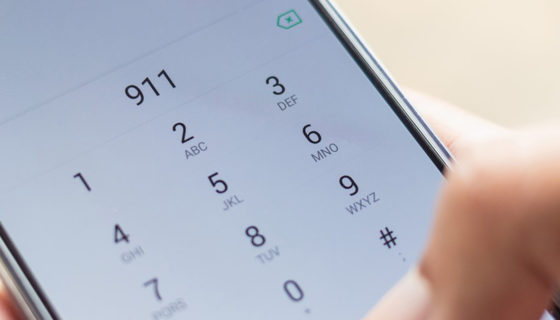