Editor-in-Chief’s note: This post was written by security expert U. Fridman and originally ran on his company blog,  Red Teams.

A few years back, a customer asked us to test their newly installed (and very expensive) surveillance and security system. The product promised them an automated system that was so secure they wouldn’t have to place a security guard there.

After some recon we discovered that while the entrance was guarded by a very secure keypad + access card combination lock, the inside had an automated “unlock” sensor so if anyone wanted to come out, the door would unlock from the inside.

Using a high resolution night capable camera, we took photos of the door and lock. After careful review of the pictures we found out that the top and bottom of the doors were not sealed tight against the floor as we could see a tiny bit of light from there. A plan was set in motion.

Later when we arrived, we approached the door carefully and removed a piece of gear from our kit that would, hopefully, allow us to bypass the “very secure” lock: an old credit card.

We slid the old credit card under the door and… nothing.

After a few seconds we agreed that the sensor wasn’t picking the movement, maybe because we were too close to the door and sensors usually “look” a bit farther out.

We retrieved another credit card and we tied it up to a piece of metal string (essentially several springs from a pens click mechanism tied together). We pushed the card under the door again, then carefully we pushed it farther with the metal string. And farther, and farther and… voila! The motion sensor detected movement “from the inside” and unlocked the door.

Big, expensive, digital lock defeated by an old credit card and a spring. 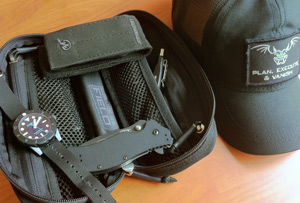 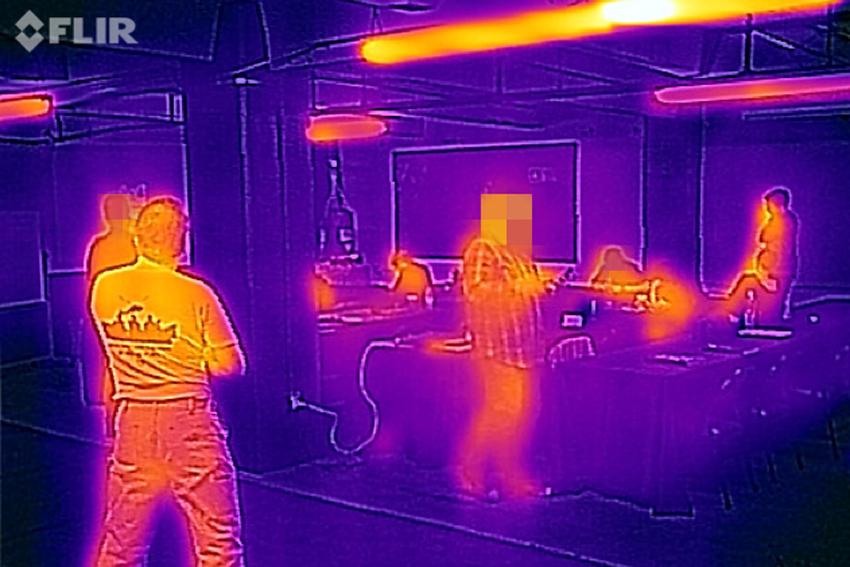 Red Teaming and the Adversarial Mindset: Have a Plan, Backup Plan and Escape Plan