They say that the One Day Hike (ODH) may be the mid-Atlantic region’s oldest long distance hike. Even though The Sierra Club has been hosting this popular adventure since 1974, I just found out about it last year.

They have two distances for hikers to choose from, a 50K and a 100K. All but 1.5 miles of the hike is on the C&O Canal tow path as it winds from Georgetown, Washington, DC to Harpers Ferry, West Virginia. Hiking 62.14 miles in a single day is not what some people consider a day hike, but this is exactly what they are asking people to do.
Being a guy, my ego is in need of a constant check. Luckily I was able to subdue my testosterone enough and made myself promise that I would take this one slow. The mission is to complete the hike; that is all. No speed records, no bricks, just finish.

To complete the hike in the allotted time, you need to average 20 minutes per mile (approximately 3 mph). If you miss the cutoff times at any given station, they bring you in. It’s part of the rules you have to agree to but ultimately it’s for your safety and I understand that.

Note: They throttle the signups and don’t have a waiting list, so you just have to wait until they open registration periodically and grab a spot as quickly as possible.

Since this is a supported event, there are strategically placed aid stations with food, water, medicine, etc. I planned on carrying everything I could to move as fast as possible and keep stops to a minimum. I did however take advantage of the aid stations for food and water resupply when I really needed it. 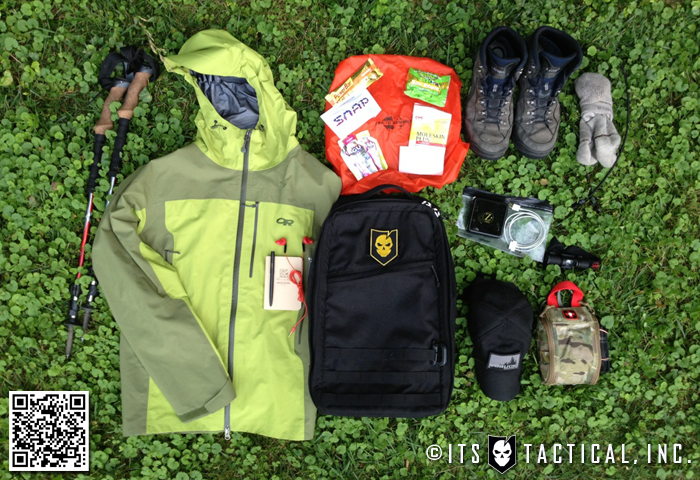 The conditions for this hike could not have been better for me. I operate best in the cold and rain doesn’t seem to hurt my morale at all. In fact, for some reason I tend to welcome the rain because I feel as if it becomes a mental barrier for others. So with a low around 39 and high in the low 50’s, I was excited.

I met the organizers in a dark parking lot in Georgetown to check-in. I haven’t experienced this “feeling” in a while and it’s fun being wide awake and geared up for an adventure at some crazy hour (2:30 AM) surrounded by similarly crazy people. We are setting out to hike 62.14 miles in less than 24 hours. I think that’s crazy.

After a brief chat about safety and more on what to expect, we were off. My start is fast but I’m feeling good. I’m cranking out 13-15 minute miles and listening to music. Some songs get me feeling pumped and allow an even faster pace. But the miles don’t exactly fly by and even with a slower than running pace, I’m starting to get hungry.

I keep moving as I swing my backpack around and pull out some snacks. I plan on eating as much as I need but I also don’t want to burn through all of my food before I reach the first food station. Something I noticed was that when people around me had to get something out of their bag or maybe pick a new song on their iPod, their pace slowed down. I made an effort to speed up during those times I was distracted.

Arriving at the first station I decided to adjust some things and only stay for a minute. I was good on water and feeling fresh so I wanted to get moving to the next checkpoint. Breakfast was waiting for me there and it was about 10 miles away. 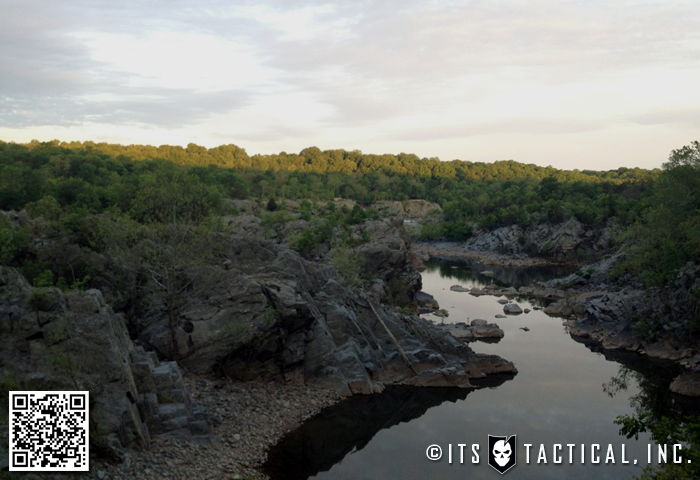 I rolled into the breakfast station at mile 22 in just over six hours. To be honest, I kind of was expecting eggs and sausage but happily scarfed down the bagels, muffins, oranges, and yogurt they laid out. I also took time to get some blisters drained by the first aid crew. The volunteers at this event are downright saints. One person will pop your blisters and bandage you up while the other is asking what they can get you from the food table, all while being as chipper as can be. Saints.

I started off slow as I left the breakfast stop but soon picked up pace. I decided to use my trekking poles and push like I was skiing and they really helped a ton. Somehow I snuck a 14 minute mile in there but eventually had to slow down as my legs began to tighten up. Also, my feet were feeling incredibly tender. Almost as if I were stepping on thumb tacks.

I blew through the next aid station at mile 30 to save time and preserve my feet. Stopping seemed to make it worse. After all, it’s only 5.6 miles to the next station which is the lunch stop.

I eventually slowed down as I neared the next station. Things are starting to get worse. I arrived at Whites Ferry (mile 35.6) at 2:05 PM. Sat for a minute until I could muster up the strength to rise and hobble to the food table. I downed a PB&J and took another as well as some trail mix for later. I left the station at 2:23 PM because it closes at 3:10 PM and I didn’t want to be out of the running just yet. 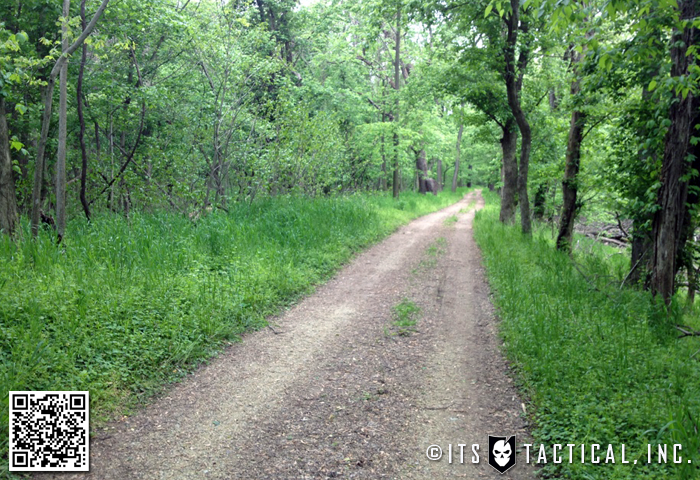 About a half mile down the trail, I was by myself as I started to realize the gravity of it all. Things were hurting too bad. My pace was deteriorating. My body was shutting down. At this realization, alone on the trail, leaning on my trekking poles for support, I broke down.

I did the math and realized I wasn’t going to make the next cutoff. My goal was to finish and certainly not quit. I won’t be able to finish but at least I’m not quitting. I gave it everything I could. It was extremely difficult for me to reach that conclusion but soon I was ok with it.

It started to rain and lasted for my last 2 miles. I arrived at what was to be my final station at mile 42.5, 20 minutes beyond the cutoff. I was forced to end my hike there. To be honest, if allowed to go on, my pace would have been so slow that I wouldn’t have made the finish in 24 hours anyway.

I didn’t earn a patch but that doesn’t mean I won’t go back. I’ll return to hike the full distance and I’m still proud of myself for covering 42.5 miles in just over 14 and a half hours. 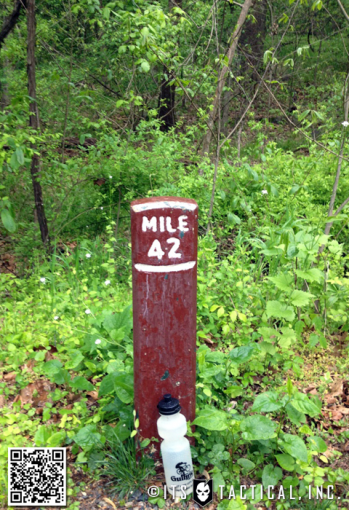 Now that I’ve had time to rest and reflect, I realized a few things I did wrong and what I need to do for next time. I forgot about this event up until a few weeks before I could sign up. That didn’t leave a lot of time for training and honestly, you really have to train for this. I did one hike that was about 18 miles but they highly recommend you do at least a 35 mile hike if attempting the 100K.

Looking over the OneDayHike.org website, it’s full of great advice that I’ll follow to the letter for next time. Building up your feet and legs during long days of walking will go a long way when you do the real thing. I was ill prepared and thought that a general level of decent fitness would get me through. It did not. This wasn’t something I could muscle through even though I tried.

Even though I failed to reach my goal, do I recommend others attempt this hike? Yes. It’s an amazing adventure that you should try if you have even the slightest interest. Visit the ODH site and follow their training program. You know I will.

I want to say a huge thank you to everyone that volunteered and manned the aid stations. Being greeted by a complete stranger who is more than excited to get food for me or pop my blisters while I rested did wonders for morale. The volunteers make this event what it is and I plan to reciprocate and become one sometime. 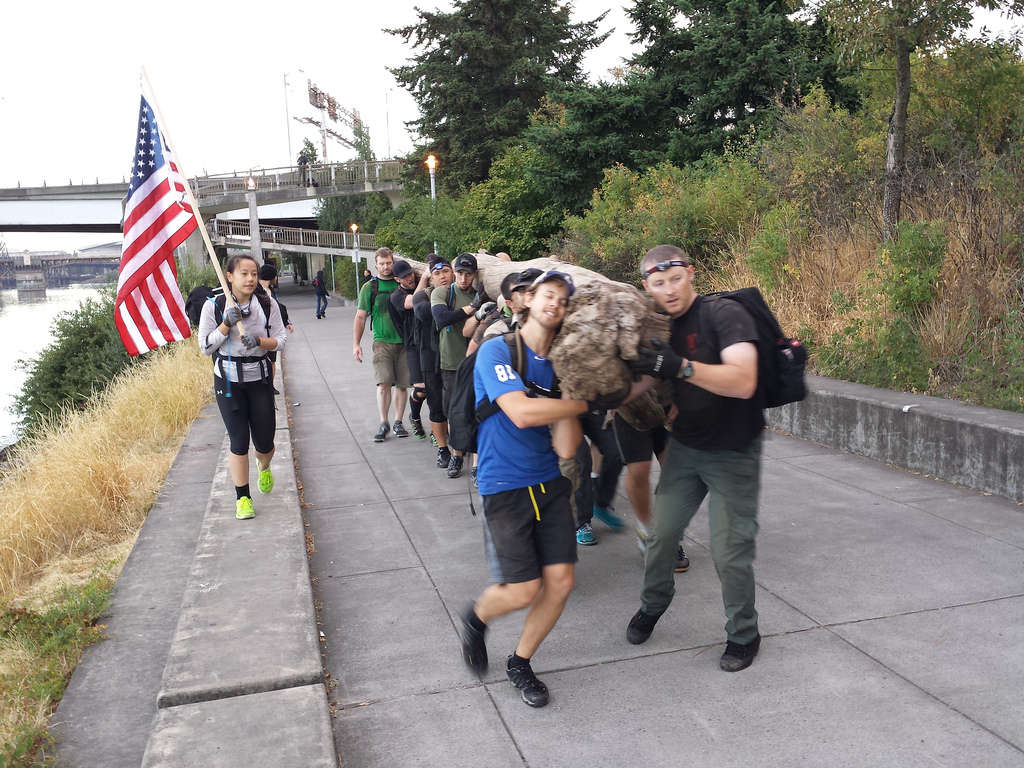 Earning the GORUCK Tough Patch with Challenge Class 732 in Portland 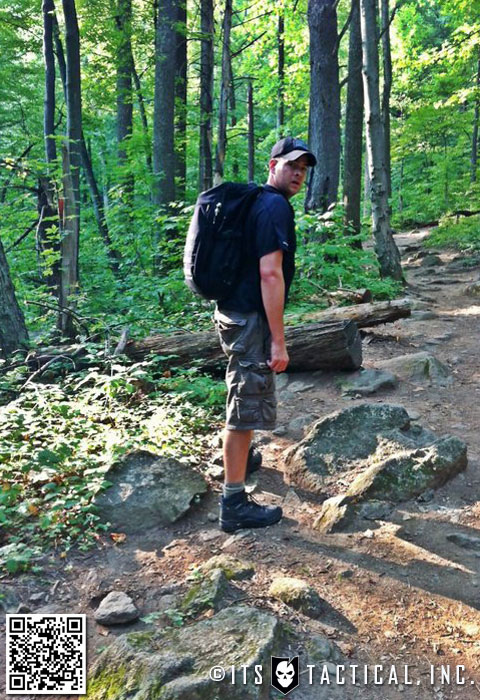 Preparing for the GORUCK Ascent and an Epic Adventure 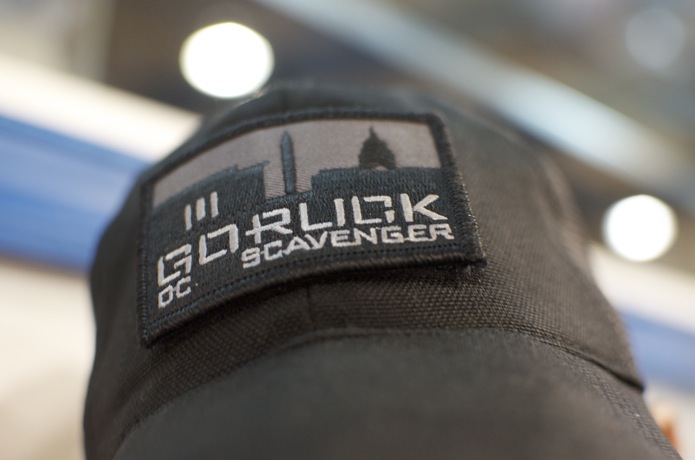 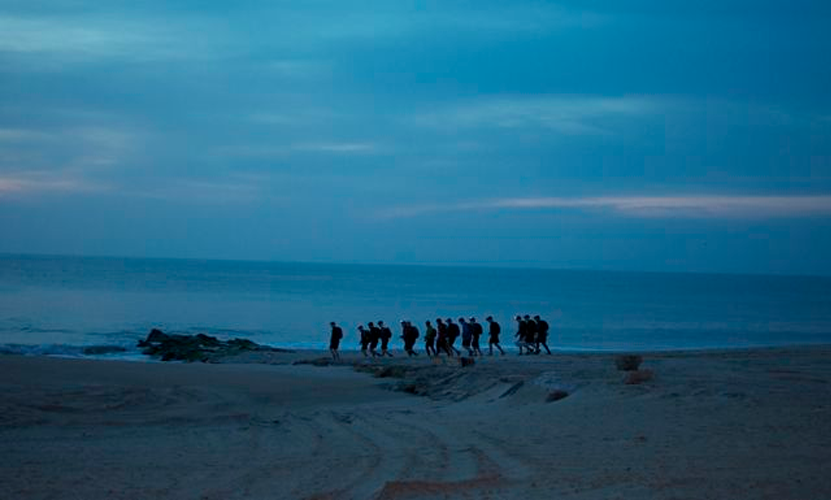