We’re thrilled to be releasing this article today, as we’ve finally found a product that we feel deserves our endorsement for Military and Law Enforcement use. We’re not trying to sound arrogant, but we’ve tested a lot of restraints and broken just as many.

We strongly believe that if Plastic Restraints have a purpose in Military and Law Enforcement use, they should be strong, durable, and able to resist a overhead brute force attack. What Milspec Plastics has done is create not one but two solid options that we’re proud to say have the toughest locking mechanisms we’ve ever tested.

Their Cobra Cuff and Tactical Zip Tie represent a reassurance in restraints that we thought we wouldn’t find for some time, and a company that’s dedicated to producing a product that will keep our officers and soldiers safe. 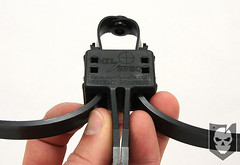 We were first introduced to Milspec Plastics through a friend in the industry that had seen our Zip Tie articles and recommended that we contact owner Jim Reeves. Our friend mentioned that they had an awesome product that no one could break.

As skeptical as we were, we contacted Jim that day and as he was excited to send us out their products to put through the ringer. He mentioned that if they were going to put out a product marketed to Military and Law Enforcement, they wanted to know that it wasn’t going to fail. Also, that if there were issues, they wanted to get them corrected.

Milspec Plastics believes in the information we present on ITS Tactical, and unlike some companies and individuals, can see the value in real feedback and honest evaluations of a product’s strengths and weaknesses. In the letter we received from Jim with the products for evaluation, he said “I look forward to your honest evaluation of our products…thank you for what you do in providing useful feedback to our men and women in harms way.”

If that doesn’t show a company dedicated to producing a product that will protect those in harms way, we’re not sure what does. 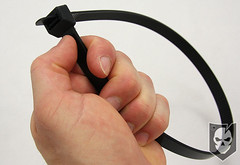 As mentioned, we tested both the Milspec Cobra Cuffs and their Tactical Zip Ties and could break neither. You’ll see by the videos we’ll soon include in this article that our tests were real, and a true evaluation of the product. We tried the brute force attack, shimming and even the friction saw with paracord.

The difference in what we’re explaining here versus a Home Invasion scenario is that in a Home Invasion you’re most likely being illegally restrained by amateurs who have chosen off the shelf products and improvised techniques to restrain you.

Those products, like the simple Zip Tie we’ve shown to be defeated, have no place in Military and  Law Enforcement use, nor do shoddy products that aren’t a whole lot different.

Products marketed distinctly for Military and Law Enforcement use only should be above and beyond, truly keeping those in harms way safe. We’re presenting this evaluation publicly because this information needs to be out there, and Military and Law Enforcement need to see a true evaluation of a product that will not only keep them safe, but know its uses and limitations. 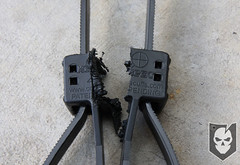 The brute force attack we used was unsuccessful with both restraints and nearly broke our wrists. This clearly shows that in the unlikely event that a criminal could get these restraints to the front of their body, they will not be able to use force to break them. The instructions for the Cobra Cuffs clearly state that they are to be placed on hands behind the back as well.

While nearly every restraint marketed to Military and Law Enforcement states this, the true test is if they can be broken if the criminal is able to get them to the front. The options at that point become brute force, shimming, or using a friction saw technique to burn through the plastic.

With brute force no longer an option, we tried shimming. There is absolutely no way to shim the Cobra Cuffs, especially while restrained. With a double locking mechanism that catches the cuffs in both forward and backward movements we were unable to find a way to bypass them.

This leaves the friction saw, which as you’ve seen from our videos, is fairly easy with a standard Zip Tie and isn’t something we tested on the Milspec Tactical Zip Ties. The truth of the matter is that they’re able to be defeated in this method because lets face it, they’re plastic and friction will melt them.

Now for the Cobra Cuffs, we did demonstrate the friction saw. It was tough to say the least. The only viable option on the Cobra Cuffs is to friction saw right through the center of the large housing, which is nearly a solid inch of plastic. We did it, but it took nearly four minutes of sawing to do so. Is this realistic? No, not under the proper supervision. For a criminal to have the time to not only get these restraints to the front, but also friction saw through them is highly unlikely.

Below you’ll find our video review and testing of the Cobra Cuffs and Tactical Zip Ties. 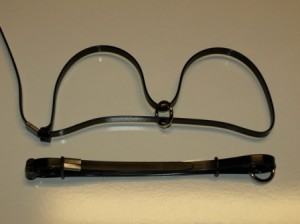 An Important Announcement from ITS Tactical