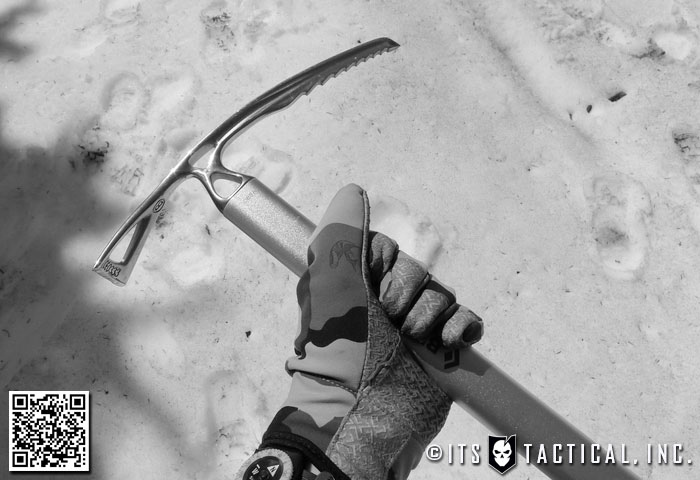 Kuiu is a relative new-comer to the market. Their products are easily and accurately summed up in the company’s slogan: Ultralight Mountain Hunting. For a backcountry traveler like myself, that slogan is immediately enticing.

I’m very conscious about the weight of the gear that I bring to the mountains, weighing and logging every gram. But hunting and particularly mountain hunting, also suggests a measure of durability, which is too often missing from the lightweight paradigm. 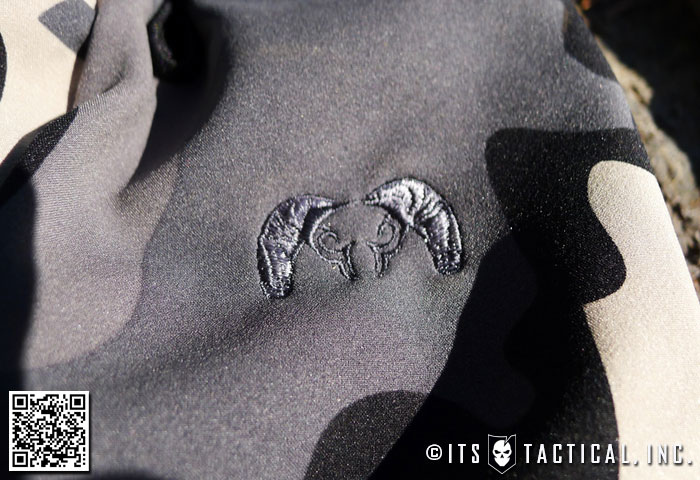 Kuiu was created by Jason Hairston, who previously founded Sitka Gear. Sitka had a large impact on the hunting industry, being the first to bring mountaineering designs, inspired by companies like Arc’teryx, into hunting specific gear. With Kuiu, Jason is pushing the same envelope further.

Kuiu deserves credit for more than just their products. The company’s business philosophy is also notable. It has been developed with a community-driven, open-source model. In February 2010, before the brand was launched or any of the product designs finalized, Jason launched the Building Kuiu blog. The idea was to provide potential customers with an insight into the company and to build interest so that some sales would be generated when the brand was actually launched in the following year. Things did not go as planned. The blog proved far more popular than anyone expected. Reader comments heavily influenced the design of the products. In recognition of this support, Jason decided to cut out the middle man and sell Kuiu directly to the customer at wholesale prices. The hype was such that much of Kuiu’s initial inventory sold out within weeks of their initial launch this spring.

In all, Kuiu is a company that I can get behind. Their products, their philosophy, and how they built the company are all worthy of support and emulation. 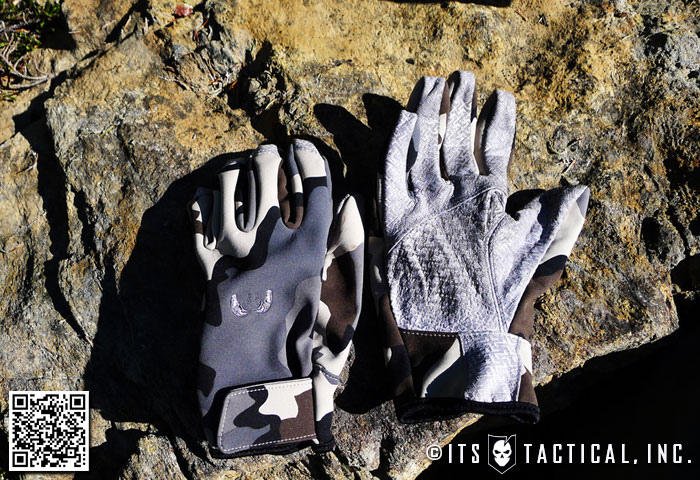 My first Kuiu product, the Guide Glove, was purchased for use as a general purpose mountain glove. I wanted a glove that would offer some protection to my hands when using tools in the backcountry, offer some warmth in cooler weather, and keep my hands comfortable when wet. They needed to be durable enough to survive scrambling on craggy rocks, but breathable enough to not make wearing the gloves overly uncomfortable and so discourage their use. My thought was that the Guide Glove would fill this niche nicely in the two shoulder seasons, when the mountains are both cool and wet. I expected the gloves to be too hot for summer use and too cool for the winter.

Kuiu bills itself as being made in North America. While most of their products are sewn at Tamoda Apparel in Vancouver, the Guide Glove is the exception. They are made in Vietnam. (I do believe that Kuiu deserves much credit as a company for boldly stating the exact origin of their products. More companies should follow suit.)

The gloves are made of a soft-shell back, with leather on the palm and underside of the fingers, and a simple hook-and-loop closure on the wrist. The leather extends over the fingertips and down the back of the fingers a short way, providing dexterity and durability in the area likely to see the most use.

The soft-shell that Kuiu uses is Toray Primeflex. This material has proved breathable enough for the glove to be used in warm weather, and provides stretch to allow the glove to fit properly without overly restricting movement. The soft-shell has been treated with Toray’s own DWR coating, providing a measure of water repellency that has so far impressed me. 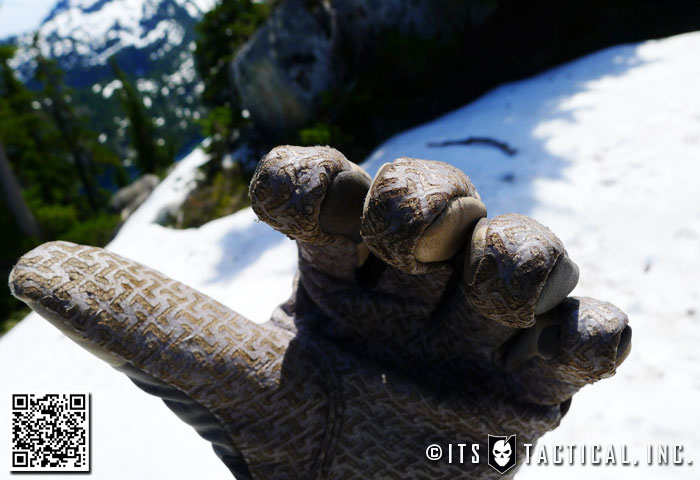 For the leather, Kuiu made the wise decision to go with Pittards Oiltac. This extremely high quality leather is remarkably thin for the strength it provides. The thinness of the leather equates to a high dexterity when wearing the glove, allowing the user to pick up and manipulate small objects with ease. The leather is treated to limit the amount of moisture absorbed from both the outside and the inside of the glove.

While the thin leather is not ideal in a heavy use scenario, such as attempting to arrest a heavy climber while belaying, I think it provides an excellent compromise between durability and dexterity in this general purpose mountain glove. 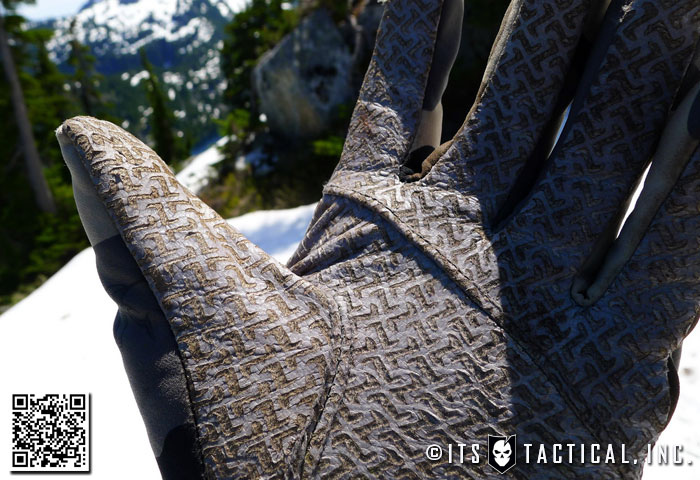 Perhaps the most remarkable thing about the leather is its stickiness. What the sole of a climbing shoe is to a normal hiking boot, Oiltac is to a normal leather glove. In a word: sticky. In fact, Oiltac was originally developed by Pittards for use in football receiver gloves, where the ability to keep the ball in hand is obviously an important factor.

In the shoe industry, a stickier outsole usually means a less durable outsole. Whether the same holds true for the Guide Glove’s leather, I cannot yet say, but so far I have no complaints. 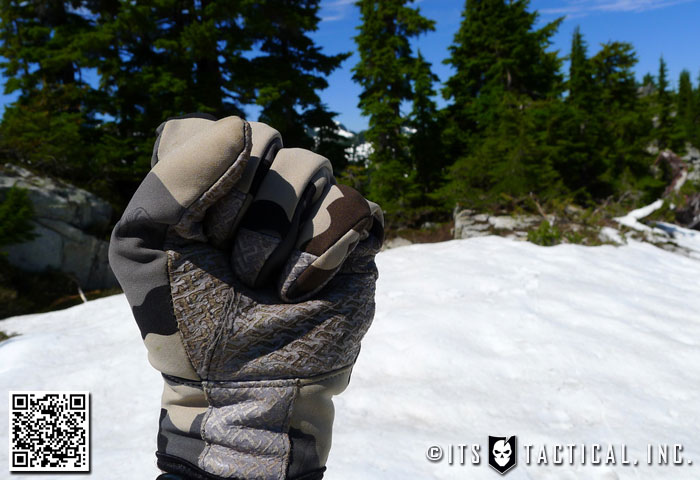 When I first received the gloves, we were experiencing a rare spurt of summer heat (which in the Pacific Northwest means that it wasn’t raining and temperatures were in the 80-degrees Fahrenheit). This was not the weather I intended to use the gloves in, but I was excited to test them out. I’ve not found a better way to test the breathability of any garment than to climb on a bike. I commute on my bike year-round and find that after a few miles of intense pedaling I work up a greater sweat than that achieved in any other physical activity — in any temperature. More so in the heat.

So during a sunny, 80 °F day I jumped into the saddle and went for a 10-mile ride with the new Guide Glove. I was quite astounded by the results. My normal bike gloves are a pair of Mechanix Original Gloves, made completely of extremely light, synthetic materials. Was the Guide Glove as breathable as the gloves from Mechanix? No. I certainly ended up with damp palms at the end of the ride. But the Guide Glove was surprisingly close.

The back of my hands were dry at the end of the ride, proving that the soft-shell material was breathable enough to allow sweat to evaporate from those areas of my hands that it covers. My palms were gripping the handlebars for the whole ride, so it is very difficult for the moisture built up there to exit the gloves. What I can say is that the Guide Glove proved to be more breathable than any other glove, of any material and a similar thickness, that I have experience with.

I didn’t have to wait too long for the summer weather to leave us and a different testing opportunity to arise. How would the DWR coating and the breathability hold up during wet, aerobic activity? I went for a 20-mile ride in the rain to find out. The short of it is this: at the end, my hands were the only dry part of my body. Not completely dry — I had a similar dampness on my palms as that experienced after the hot weather test — but very close. During the ride, I watched the rain drops bead up and run off the soft-shell material as I would on a hard-shell. The combination of breathability and water repellency that the gloves achieve is impressive.

After the gloves had passed these basic tests, I took them to the mountains. I wore them while bush-whacking through Devil’s Club, and the thorns did not bother me. I wore them while scaling rock faces, and the leather held up where other gloves have been shredded while the stickiness provided a secure and reassuring grip. I wore the gloves while using an ice axe to cross steep snow fields. After a self-arrest, the shaft of the axe and the gloves (not to mention the whole of my torso) was covered with moisture from the melting snow. The sticky leather still provided an uncompromising grip on the tool.

The Guide Glove is only available in Kuiu’s proprietary Vias camouflage scheme. Being a hunting brand, Kuiu developed Vias to fool ungulates, who see colors differently than humans. Even so, the scheme has proved impressive to my eyes in dry timber, sagebrush, and snow — that is to say, the environments that hunters will find themselves in most often. The development of Vias can be traced on the Building Kuiu blog. 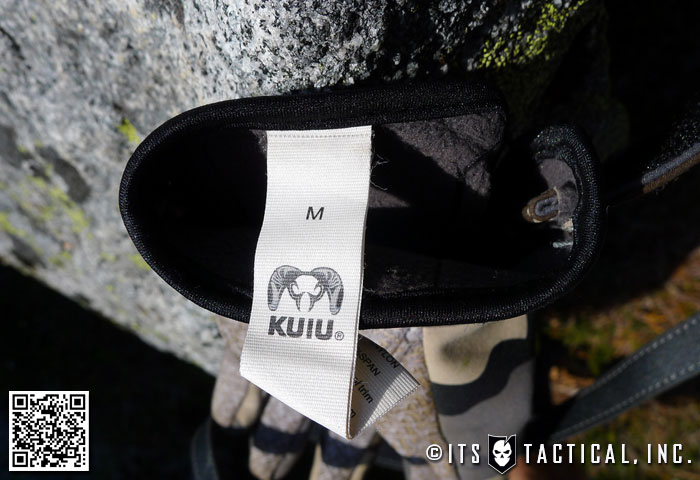 The only negative point I can make about the Guide Glove is the fit. For me, it’s a bit off. I consistently wear a size medium in most gloves. After using Kuiu’s glove sizing chart, I found that I was halfway between size medium and large. Short of ordering a pair in both sizes, I had no way to know which would fit me better. I figured the safest bet would be to order the same size as my other gloves, so I went with the medium.

As it turns out, the size medium gloves do fit, but they’re a little tight. It is not tight enough to cause any discomfort after prolonged wear, nor do I find red marks on my hands where the glove’s seams lay (as was the case with a previous pair of Hatch gloves), but they constrain me slightly. When wearing the gloves I can only stretch my hand and splay out my fingers to about 95% of my bare-handed capability. The fit is close enough to cause me to think that if I were to order a size large I would see flop in the ends of the fingers. Between finger-flop and being slightly tight, I would rather the gloves be slightly tight. I think this causes the functionality of the gloves to be depressed to a lesser degree than a fit that is too large.

A Glove for the Mountains 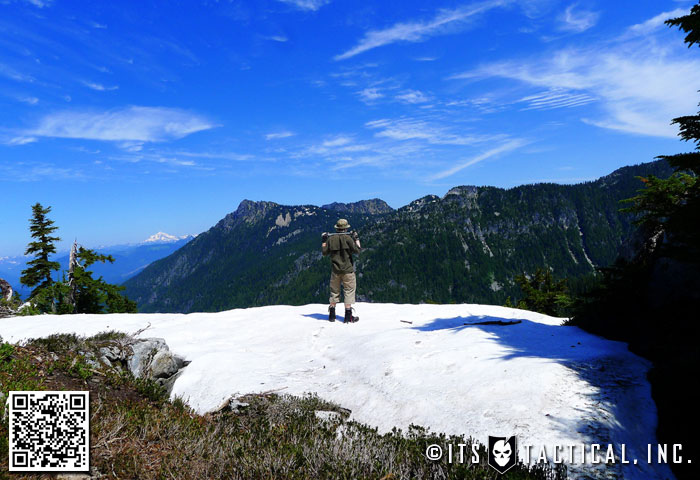 At 2.6 ounces (74 grams), the Guide Glove weighs only 0.3 ounces more than a pair of Mechanix Original Gloves of the same size — an impressive feat, considering that the Guide Glove is made of much more substantial materials. In every way, the gloves have exceeded my expectations. They are more breathable, more water repellent, and provide a higher dexterity than I expected.

The stickiness of the leather allows me to honestly say that I feel safer using life-saving tools with these gloves than any other pair I have worn. While I still think that I will opt for a more substantial glove system to provide warmth in winter, I cannot see myself reaching for any gloves but the Guide Glove during the other three seasons. Kuiu has truly succeeded in making an excellent general purpose mountain glove. 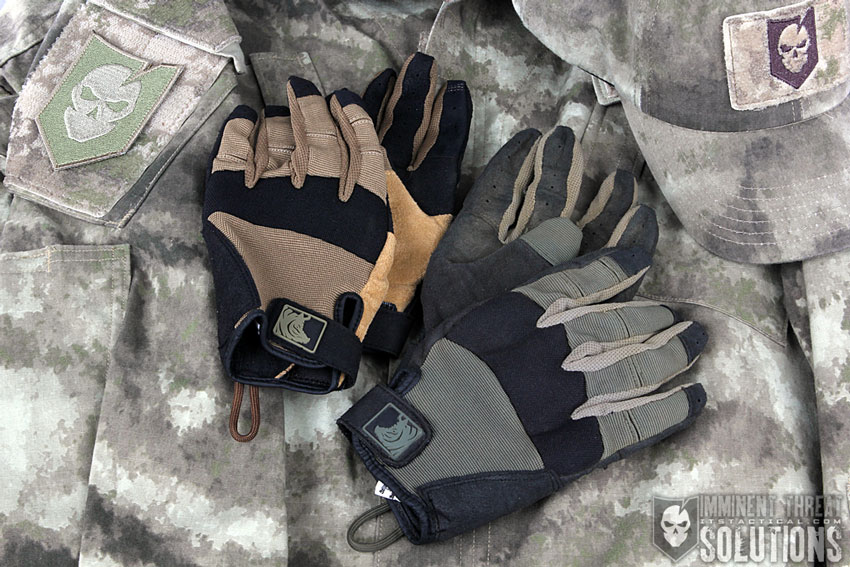 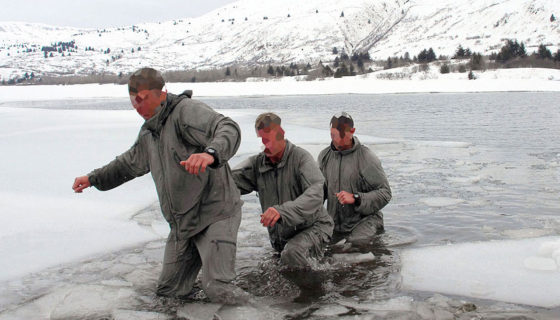