Creating a Plan B Map to Increase Your Chances of Survival

Creating a Plan B Map to Increase Your Chances of Survival

Ask yourself this question “If a major catastrophe happened tomorrow, would I be ready?” I know in all honesty my answer would have to be no, which is a very scary scenario for me.

I do my best to budget, plan and to continue to fill my supply closet with food and water, but we all know in our current economic state that it’s becoming increasingly difficult to find the funds to build up our supplies for “The End of the World as We Know It,” or whatever term you’d like to use. 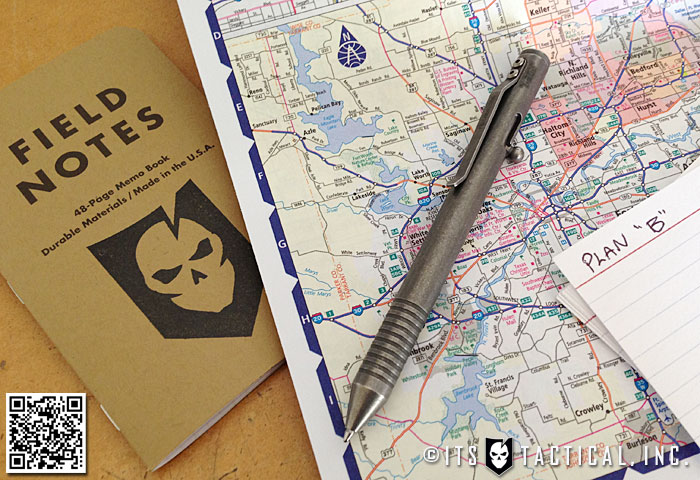 I’m sure there are many people out there who are like me, doing their best to build up their supplies so their family will be safe, but feel they’re not where they need to be to survive. What can we do to remedy this? I don’t want to go into debt so that I can have a fully stocked supply closet. I’ve personally put a lot of thought into this very situation. “What would I do if things went bad tomorrow?” “How long could I last on what I have?” “What would I do if I started to run out before things got better?” These are some of the questions I have spent countless hours thinking about.

Many people think that if a major catastrophe happened, they could just take a trip down to the local grocery store and stock up on everything that they’d need for the next few months. This is not only a very unlikely remedy, but also a dangerous one. Here is an example why: It was winter time a few years ago, when the city I live in was hit with a huge snow storm, almost three feet of snow fell in twenty four hours.

The city was crippled; the roads were virtually un-drivable, many homes were without power and according to the news it was only going to get worse. Within a few hours the store shelves were empty. I had to walk to the store near where I was living, because my car was stuck in its parking spot. I was amazed at the sight of a bare shelved store. What surprised me more was that it had been only a few hours since the storm had started and everyone was stocking up for the next few days of bad weather.

I nitpicked through the store trying to find your average grocery list items and was unable to. The next morning I was watching the news and was even more surprised to hear news stories being reported of the police being called to local grocery stores because of people fighting and hurting each other so they could get the last gallon of milk. It took about a week and a half for the grocery stores to recover and get new shipments to stock their shelves.

City Officials asked the local food banks to open their doors to the general public because many families were out of food. In a Colorado town where people should be accustom to large snow storms, a mild case of pandemonium broke out over three feet of snow. People literally were fighting in the grocery store over milk and bread. Imagine the chaos that would take place if something of substance were to actually happen. This experience cemented in my mind how dangerous things will become when people are desperate to feed their families.

I will share with you what I did to remedy the potential supply shortfall that many of us could face if major catastrophe happened before we were fully stocked up on supplies,  I call it the “Plan B Map.”

The Plan B Map

Start out by visiting your local Wal-Mart or similar type of store and find a road atlas for your state. Within this atlas you will be able to find some fairly detailed maps of your neighborhood. For now, mark those pages and set the atlas aside. When you have a few hours of time and are ready for a drive, get in your car with a note pad and pen. Go around and make a list of every single business, store and shop within a two mile radius of your home. Also find every single source of water; ponds, rivers, streams, swimming pools, water towers, water wells, etc.

Once you’ve finished this task, head back home and make index cards for every location you have on your list. Now comes the hard part. You will have to go through these index cards and think about each and every business. You’ll have to decide if there’s the possibility of any type of useful item that might be kept or used by that particular business.

A few examples are as follows: Dental offices often have bottled water available to their patients. I happened to have 5 dental offices within the two mile radius of my home. I also have a gym about four blocks from my house that has two industrial refrigerators full of energy drinks, bottled water and protein snacks that are available to sell to those that work out there. I also have a bicycle shop three blocks from my home that had shelves and shelves of energy bars, protein bars, energy drinks and all sorts of things geared towards the outdoorsman.

Within my two mile radius, I have nine ponds, three swimming pools and two streams. You’ll be very surprised on the amount of resources you’ll find in unsuspecting places. We’re not just talking about food and water either. The doctor’s office close by will also have very useful medical equipment. The hobby shop will have needles and thread, string, twine and craft wood that can be used for fires. There’s almost an endless list of the items you can find right around the corner.

Putting It All Together

Now combine your maps and your index cards, marking each location on your maps with a number. That number will correspond to a number on an index card. That index card will have the useful items that are available at that particular location. You’ll want to plan routes to and from all of these locations. Include places to stop or hide in these routes and even alternate routes in case you see something on the way that you don’t want to pass on your way back.

Create a list of importance, meaning which locations have the most important items. Many of us spend a few nights a week walking our dogs. Instead of just walking around the block, start trying out the routes that you’ve made. This will give you the opportunity to adjust your routes if needed to avoid certain things. Keep you map and index cards updated to new businesses, or businesses that have changed locations or closed down. You’ll also need to update your list of importance as time goes on.

As more time passes your immediate needs will change. As you continue to work on your personal stock of supplies, the things that at one point that were important, may become less important because you had the opportunity to stock up on that item. Pay extra attention to the sources of water that you find. These may be sources for more than just water. Are there fish in the streams or ponds? Do you see ducks and geese in these areas frequently? Think of all the different ways you can take advantage of these water sources because they can be food sources as well.

In addition to making the map, you’ll also need to have a way of transporting the items you go after. You cannot rely on the idea of having a vehicle to drive. So this means you will have to come up with an alternate way of getting to your locations and a way to bring supplies back. For my situation and surroundings a bicycle is the most practical for me to utilize. Not only is it faster than walking, I also have the ability to attach duffle bags or backpacks to the frame and rack.

You’re now done with your “Plan B Map” and you’ve figured out a form of transportation other then your car that fits your situation and surroundings. Keep up with your map and your index cards. Don’t feel like you have to throw your map and cards away if you’ve reached your goal of the amount of food, water and supplies you wanted to stock up on. Even if you’re fully stocked, you never know what situations you may be faced with.

Your map and index cards could be an invaluable asset no matter what you level of preparation you’re at. If you’re diligent with this project, you’ll provide yourself with a safer way to scavenge for supplies if faced with that need. While everyone else is fighting it out at the gas stations and grocery stores for the last couple cans of food, you can safely make trips to and from the locations marked on your map.

Editor-in-Chief’s Note:  Please join us in welcoming Tom F. as a contributor on ITS Tactical. Tom works in the firearm industry and spends his downtime researching, learning and practicing self-reliance and survival skill-sets that will help his family in good times or bad. 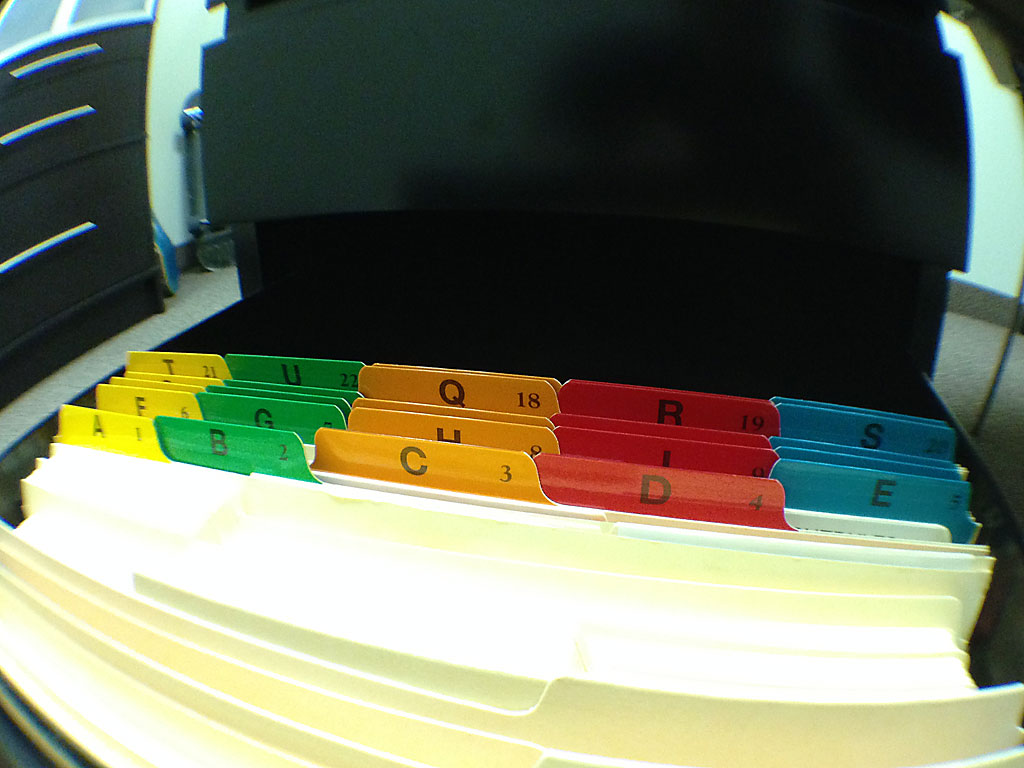 Living Better: How to Become an Organizational Ninja 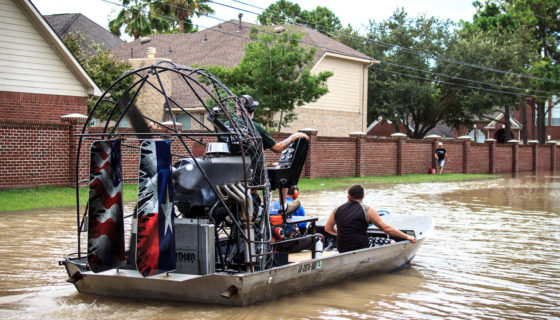 Lessons Learned as a First Responder to Hurricane Harvey 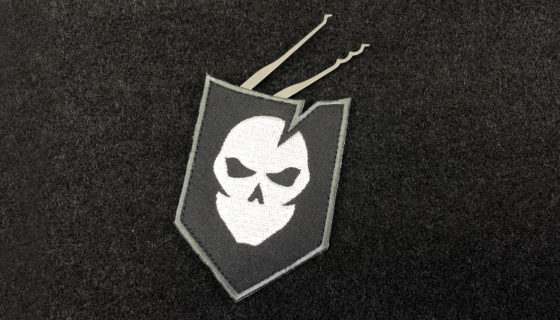 How to Maintain Your Situational Awareness and Avoid an Ambush