A new organization has recently formed, going by Special Operations (OPSEC) Political Committee. From their mission statement and the video you’ll see embedded here below, they’re attempting to put a stop to the leaks occurring within the current and future administrations.

After the successful raid on UBL’s compound in Abbottabad, Pakistan on 5.1.11, some (including myself) saw the leaks surrounding the disclosure of operational details which followed, as political capitalization on OPSEC (Operational Security).

I will also state that in my opinion, the Obama administration has also done a lot of good for our Special Operations community and did credit the success of the UBL operation to the “tireless and heroic work of our military and our counterterrorism professionals.” This doesn’t change the fact that in the same speech announcing the raid, President Obama divulged the name of the unit responsible and their location.

In the video below, you’ll see a few key figures mention that even holding onto the the press release for a day or two could have helped the intelligence community utilize the intel gathered at the raid to their advantage, rather than our enemies knowing publicly that intel had been compromised.

Former Navy SEAL and DEVGRU (Development Group) Operator, Craig Sawyer, recently wrote a fantastic article on OPSEC here on ITS Tactical, which I’d highly recommend you read if you haven’t yet. In it, he calls on citizens, those in the operational community and the media to protect the information that is sensitive to the welfare and success of our troops.

I feel that Sawyer’s article sums it up best, we need to police ourselves. Not only in the ranks of the government, but from within the military and the civilian community as well. I feel this is where the Special Operations (OPSEC) Political Committee could have chosen to direct its energy towards as well.

What’s your opinion of the video below? Do you feel the current administration is leaking too much information? 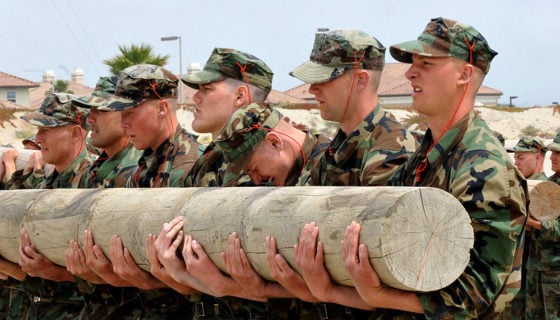