Training Scars: Why Choosing the Right Words Makes All the Difference - ITS Tactical 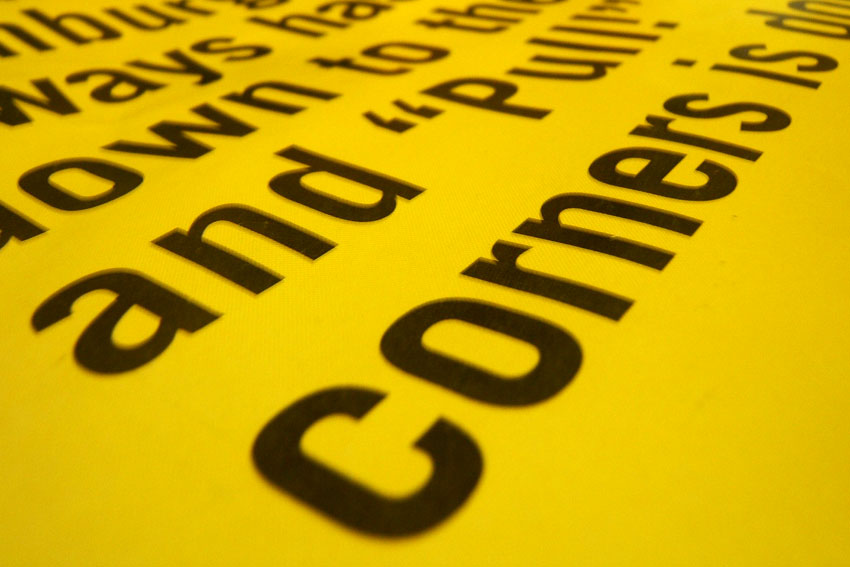 Words have meaning. While this may seem like an obvious statement, I believe we often forget this fact. Many times, we may say things with the best intentions, but because we fail to choose our words properly, our message has unintended consequences; possibly even devastating consequences.

Talk to any counselor and they’ll most likely be able to tell you about clients who’ve been emotionally damaged because they heard this from their parents growing up. While I’m not here to talk child psychology, I do wish to illustrate the power of words and why I feel so strongly about certain things trainers tell their students.

In keeping with my focus on edged weapons, I want to address something I feel comes from the lips of a majority of those teaching edged weapons defense; “You’ll get cut.” Now, before you start flooding the comments section, hear me out and try to understand where I’m coming from. Read on and you’ll discover that I’m not saying what many of you probably think I’m saying. 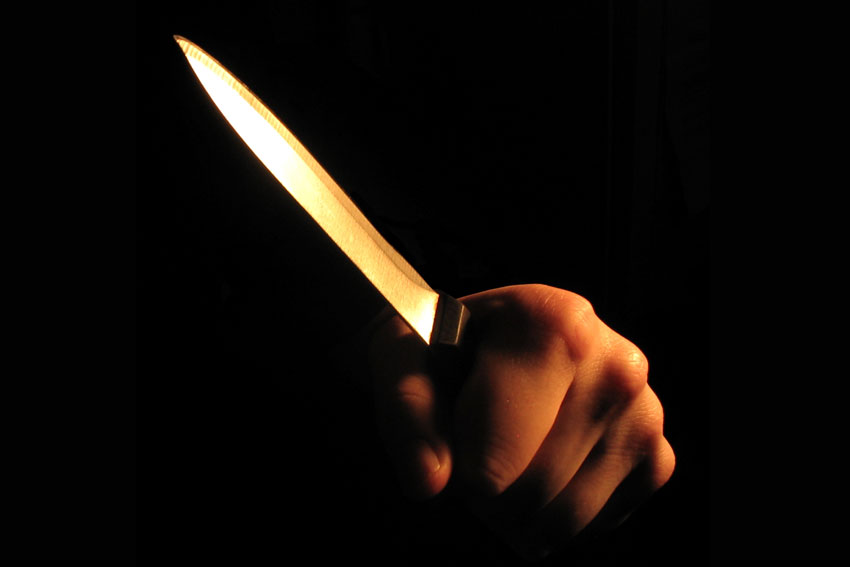 Knives are dangerous. At close range, they’re more formidable than a firearm. Knives don’t jam and they don’t run out of ammunition. Getting cut or stabbed is a serious matter and not something that should be taken lightly. My first principle of edge weapons defense is don’t get cut!

Not getting cut is one of the best ways to survive an edged weapon assault. This is why I hate hearing instructors tell students they will get cut when faced with a knife-wielding attacker. Believe it or not, the constant repeating of this phrase will cause students to minimize the danger in their minds. Let me share an actual case that illustrates this point.

Many years ago, I witnessed a phenomenon within some tactical Law Enforcement circles. In an attempt to drill into tactical officers the importance of trigger-finger discipline and safety manipulation, (especially in a close-quarter environment) trainers would often say, “People are going to get flagged. It’s going to happen.”

The intent behind the statement was well-meaning, but the statement itself actually had the opposite effect on the students. Instead of making them safer, it actually made them reckless. The resulting attitude amongst many tactical officers was that flagging during close-quarter combat (CQC) was no big deal because, “It’s going to happen.” It eventually took trainers with combat experience within elite units, preaching flagging as never being acceptable, to begin to change this attitude.

Not a Hard and Fast Rule 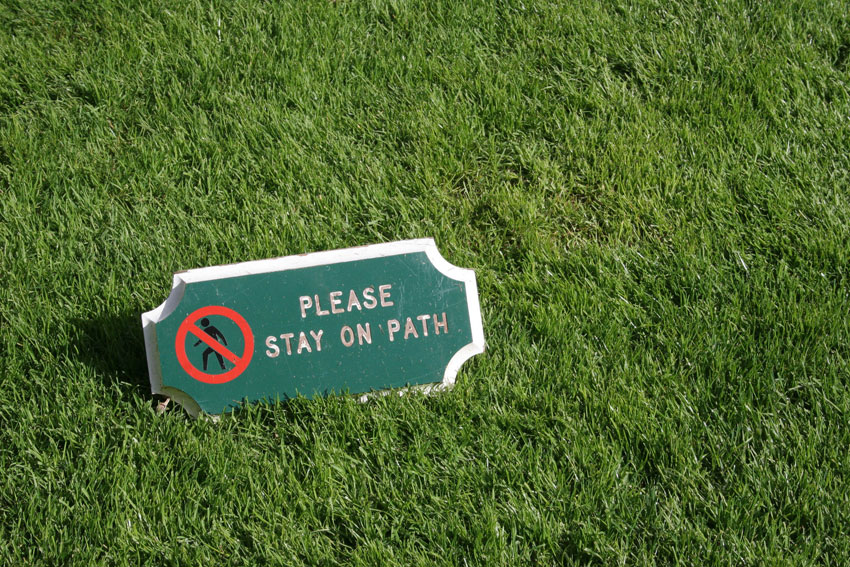 I see the same phenomenon with edged weapons training. Go to virtually any edged weapon training course, whether it’s a knife training course or edged weapons defense course and you’ll most likely hear, “You’re going to get cut.” The first question I’d ask is, “Does this declarative statement always hold true?”

I know of at least eight incidents off the top of my head where people I know personally have been involved in knife assaults that weren’t cut or stabbed. These incidents prove the answer would be no. The truth is, there’s no guarantee you won’t get cut, though the odds are against it. However, it’s possible to emerge from an edged weapon assault uncut.

In my 20 years of tactical firearms training, I’ve never once heard a single instructor say, “You’re going to get shot.” In fact, we spend an awful lot of time teaching students how not to get shot. Utilize cover, maximize your distance, minimize yourself as a target, move and shoot; these are all tactics used to reduce one’s chances of getting shot.

We try to instill a healthy fear and respect of the danger involved. Why? Because getting shot is a bad thing and the best way to survive a gunfight (in addition to putting down your threat) is not getting shot yourself. Does this mean you won’t get shot? Of course not! That’s why we prepare students for the possibility. We teach them how to render self-aid and instill a winning/survival mindset. We teach them how to win and overcome to set them up for success.

Up Close and Personal 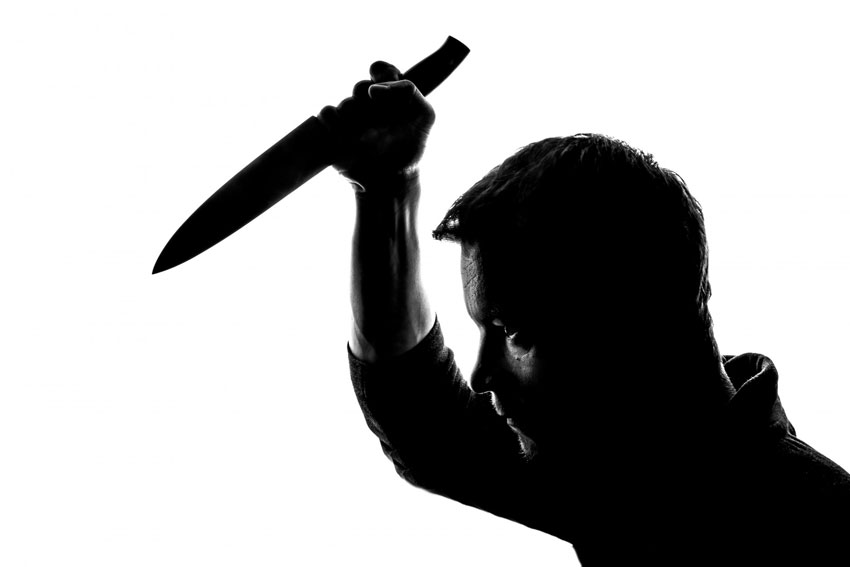 However, throw a knife into the equation and the first thing we do is tell the students they’re going to get cut; no if ands or buts about it. I know there will be plenty of people out there who disagree with me, but I truly believe the way we use this statement has at least partially contributed to much of the crazy, impractical knife-defense garbage that’s out there.

I’ve even seen some versions of “edged weapon defense” training that all but completely ignore the very presence of the blade. Quite often, the very people who boast the most about the amount of damage their knife will inflict on an assailant will act like getting cut themselves is just a minor inconvenience.

I take a different approach in my classes. Getting cut is a very bad thing, so the first thing I tell my students is, “Don’t get cut!” After that, we spend a lot of time learning avoidance tactics like the reactionary gap, creating distance, using barriers, reading terrain and body language. Next, we train footwork, evasions, quick checks, deflections, base and rhythm disruptions and other techniques to aid in the prevention of unwanted ventilation at contact range. 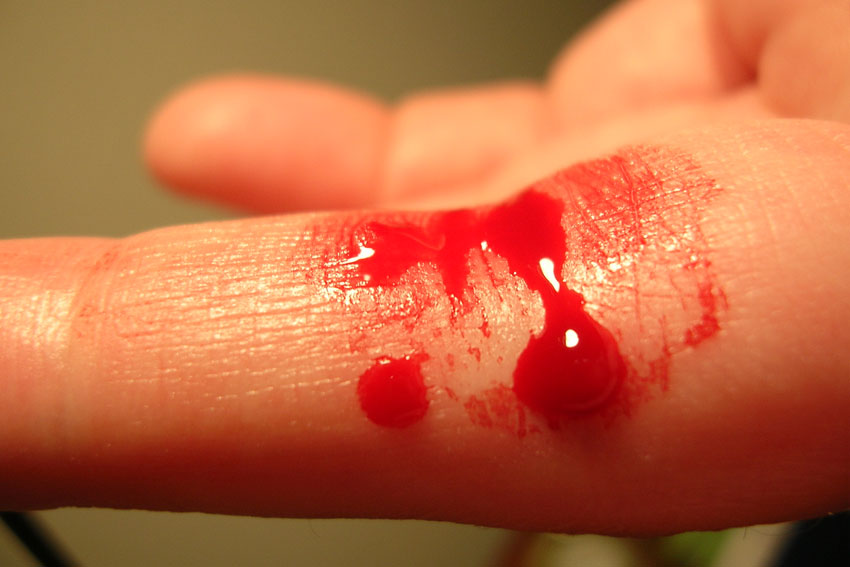 Finally, we address the very real probability that despite our best efforts, we may get cut. This is done through a rapid trauma self-assessment consisting of a visual inspection and a tactile inspection known as a blood sweep. It’s vital we stay in the fight until it’s over, so this is done only once there’s a significant break in the action and ideally behind cover.

Life threatening emergencies are addressed as they are encountered through self-aid using the TCCC model. Students are taught tourniquet and occlusive dressing application, wound packing, bandaging and other vital trauma management skills. No edged weapons program is complete without this skill set.

Getting cut in a violent attack isn’t something to be taken lightly. Those of us who train in the art and science of the blade should never convince our students they’re impervious to danger. Whether through some magical ninja skills or through the minimization of the dangers of getting cut. Let’s stop with the clichés and focus on the realities of combat. It’s dangerous, bloody, potentially deadly and no one can predict the outcome.

How to Maintain Your Situational Awareness and Avoid an Ambush