If you look in any gun magazine, you’ll find a lot of pictures with people holding and shooting pistols, shotguns and rifles with two hands. Because they are stills, we obviously can’t see people moving.

The trinity of defensive gun work is mindset – marksmanship – weapons handling. Working with weapons handling is too often pigeon holed into things like reloads and malfunction drills, yet how many reading this have ever had to do either of those skills in their house vs. moving around your house with a gun. The best way to practice weapons handling for defending your home is by practicing it with a clear/safe firearm in variable light conditions.

It only makes sense that much of the movement on the range involves pulling the trigger. This is just not the case in home defense when dealing with stairwells, corners and rooms. You need to be able to move with the gun, while keeping yourself in a position to put that first round on a threat in the area that you are covering with the muzzle. At the same time, you need to exploit cover and concealment. The cover is often hard to find in residential construction.

Couple this with navigation and feeling for light switches while opening/closing doors. This illustrates that you need to become comfortable working with a firearm in confined spaces. We’ll concentrate on the long gun, since by physical size it’s troublesome for people to deal with and not bang into stuff.

The first thing we do is “make the gun short.” This is accomplished by holding the pistol grip or “hand” portion of the stock and letting the butt of the stock run along the inside of your forearm.

This provides you with the ability to use default targeting on the threat area you are covering; by naturally indexing the weapon in that direction. After practicing it with both hands, you’ll quickly find that it’s comfortable and allows you to make the most of your concealment and navigate confined spaces.

One of the best benefits in “making the gun small” is going up and down steps. It allows you to brace yourself and control your ascent/decent without giving away a sound signature, which is the problem when using two hands and your back instead.

Next, we need to understand the reaction shot. The reaction shot is the first shot you fire in reaction to identifying a threat. The first shot is also the most important one; at these short distances in confined spaces, you won’t have any problem making it count with a one-handed shot. Your arm will acts as a shock absorber. After firing the first one handed shot, your location is obviously compromised and you need to get both hands on the gun and handle the job.

I typically use a Mossberg 590 with a side saddle and Surefire fore end. I chose to mention my setup for two reasons. The first is that it’s at the high end of what weight and length weapon you’ll most likely use. The second is that this is the shotgun I used both on patrol and for SWAT. Many SWAT entries were conducted in small hotel rooms and crack houses. This is where I became comfortable with working with the shotgun in confined spaces, especially clearing things like bathrooms and closets.

Learn to “make it small” first at home and then do some live fire on the range. My hope is that you find this useful in your home defense planning. 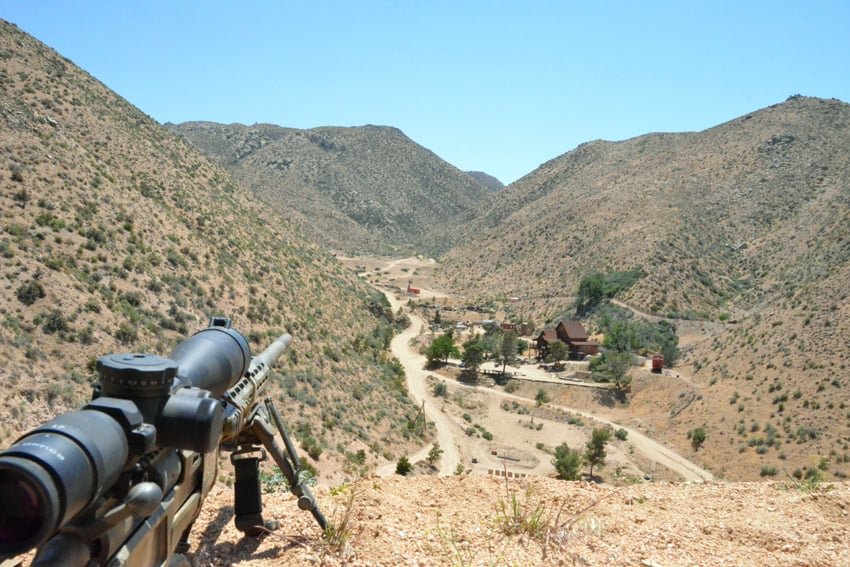 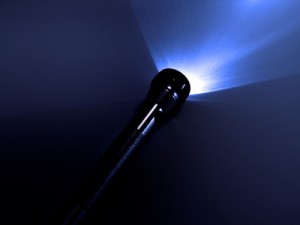