If you’ve ever been diving, chances are you’ve noticed something unique about those that have been diving for a while. You may have seen tanks lined up on dive boat and noticed those with more experience donning “NITROX” cylinders.

This isn’t just a fancy label, NITROX a mixed gas that helps divers maintain longer bottom times and reduce their risk of decompression sickness. This is generally the only other gas you’ll see when recreational diving, but there are many more out there.

In this article we’re going to go over some of the different gas mixtures, their benefits, draw backs and even ask, “What’s the point?”

There are two main concerns when diving (aside from say drowning); Nitrogen and Oxygen buildup. Wait, oxygen? That’s right. On the surface, we breathe oxygen because we need it to survive, but when you get below the surface, oxygen actually becomes toxic and begins to attack your central nervous system. This might sound a little confusing, so I’ll break it down for you.

Topside, we breathe about 21% oxygen, 78% nitrogen and roughly 1% contaminant from pollution. This is the same mixture you will breathe when you hit the water, provided you’re not diving anything other than standard “air.” A mixture of air becomes toxic to humans at about 200 ft (about 67m), whereas 100% oxygen becomes toxic at 20ft (6-7m). This depth is what we refer to as your MOD (Maximum Operating Depth) for a given gas mixture. The MOD will change as the oxygen is increased. To help simplify what we’ve just discussed we’ll cover two main advanced gasmixtures, “NITROX,” and “TRIMIX.” (pronounced “try-mix.”) 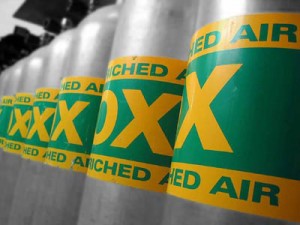 The most common gas you will see is NITROX, which is simply air with an increased volume of oxygen. The operating range of NITROX is 21% – 40% oxygen. The ratios will change as you increase the oxygen, 21% Oxygen/79% Nitrogen; 40% Oxygen/60% Nitrogen. You might wonder why you would increase your oxygen percentage if it becomes toxic.

While it does reduce your maximum allowable depth, it provides a safety cushion against decompression sickness if dove within safe limits. It will also increase the amount of time you can stay at a given depth. The longer duration you remain close to your MOD, the more time you put on your “O2 Exposure Clock.” This clock lets you know what your overall exposure to oxygen toxicity is in a rolling 24–hour period.

Once you hit 100%, continued diving could have serious consequences such as convulsions and drowning due to CNS O2 Toxicity. The same outcome is likely if you exceed your MOD by more than a few feet/meters. As you can see there are more inherent risks in diving with more oxygen in your tank, but when dove properly, it can buy you a safer dive, longer bottom time and shorter decompression times.

If you dive air, you may have come out of the water experiencing a mild  headache, this is caused by excess nitrogen, and are referred to as a “nitrogen headache.” They cause a mild headache, fatigue, and once in a while a little irritability. These headaches are virtually eliminated with the use of NITROX and often leave you with more energy than you began the dive with. Like diving air, as long as you follow your dive plan, you shouldn’t run into any problems.

Editor-in-Chief’s Note: Remember this mnemonic device that they taught us while I was diving in the Navy: Plan your dive and dive your plan! 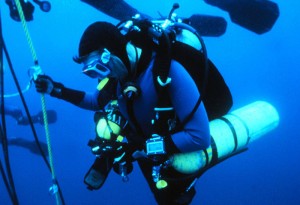 So we’ve gone through NITROX and determined that we can dive shallower for longer durations, but what if we want to go deeper? As I mentioned before, oxygen at 21% becomes toxic to humans at 200 ft (67m). The immediate logical decision would be to decrease the oxygen content in the cylinder. That’s all well and good, but there’s still that annoying dependency on oxygen to sustain human life.

It works to reduce the proportions of oxygen and nitrogen in the cylinder, thus reducing the effects of O2toxicity and the effects of nitrogen absorption. Because of its lower oxygen content(down to about 10% in common mixtures), TRIMIX cannot generally be used on shallower dives, instead a transition gas is breathed until the TRIMIX is at a safe breathable level. This gas presents some immediate dangers, like breathing it on the surface or on dives where it is not intended, it can result in death or severe injury.

Helium is the key ingredient used to make the gas safer, but is not without its drawbacks. Helium conducts heat about six times faster than air and is not generally a good gas to use when inflating your drysuit (due to the exposure to lower temperatures found at deeper depths, diving a wetsuit is impractical and can be dangerous). We’ll cover diving a drysuit in another article, but what you need to know right now is that it uses air from your cylinder to work properly.

Aside from the heat conductivity, Helium absorbs into tissues much faster than nitrogen and can cause what is known as “Hyperbaric Arthralgia” upon decent. This is basically arthritic joint pain caused by descending too rapidly. Fortunately, it off-gasses much faster than Nitrogen and has very little narcotic effect. If you have ever been on a dive deeper than about 100 ft (34m) then you have more than likely experienced Nitrogen Narcosis. This isn’t necessarily dangerous other than the fact that it produces a narcotic effect which can result in bad decisions.

While it is possible to develop a tolerance to this narcosis, it can be increasingly dangerous as you descend. The Helium acts to counteract these effects as well, making your dive safer and more enjoyable. besides, is there anything more entertaining than hearing all of your dive buddies talking like chipmunks underwater? Of course the obvious advantages of diving with TRIMIX are that of a deeper MOD (something like 500ft (167m), longer bottom times and lower risk of decompression illness. This is all contingent on the assumption that you are sticking to the pre-dive plan. With diving deeper comes more responsibility and attention to detail.

You must stop at designated depths to fulfill your decompression obligation. As with any decompression dive, TRIMIX divers will leave full cylinders secured to a line at their predetermined deco depths to minimize the amount of weight carried through the dive. As they ascend from their dive and stop to decompress, they will “pick up” their bottles (cylinders) and continue the ascent. Generally speaking, these bottles will have progressively higher oxygen content (NITROX) to speed up the decompression process.

I don’t want to get too technical with TRIMIX diving, I merely wanted to point out some of the pros and cons on diving with different gases. There is awhole world out there waiting to be explored and if you have the proper motivation, you can find the people to get you into deeper waters and more technical diving.

While there are more dangers present and significantly more math involved, you’ll find the effort is definitely rewarding. Feel free to post any comments or questions. I do my best to share the knowledge I have of diving with the community, but I’m still relatively new to TRIMIX and may have missed something (exact mixtures of TRIMIX are intentionally left out).  As always, be safe and have fun! 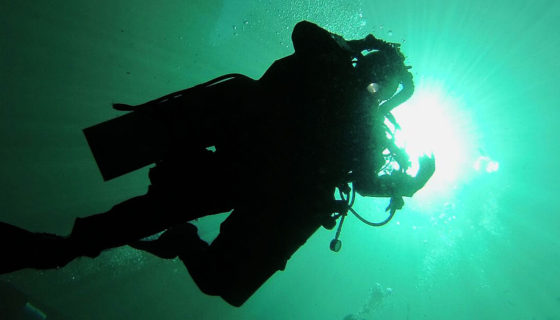 Breathe It In: The Advantages of Closed Circuit Rebreather Diving 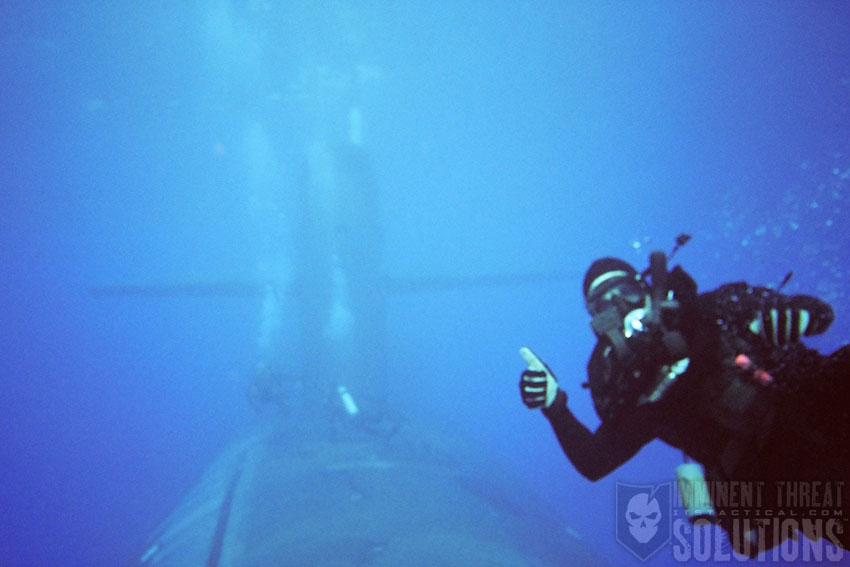 Get Wet and Dive Into a Whole New World Underwater 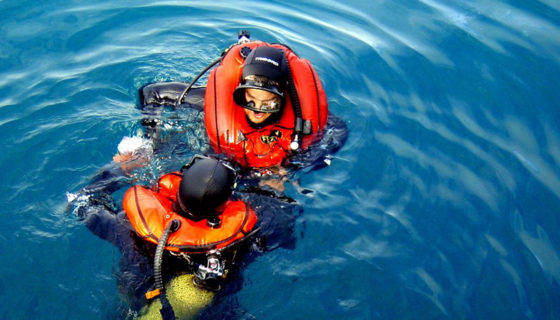 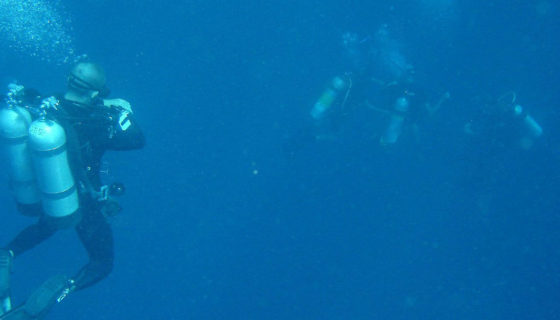 The Real World Dangers of Diving and How To Prevent Them