The Annihilator: The Rise and Fall of the Thompson Submachine Gun - ITS Tactical

The Thompson submachine gun is a weapon so iconic that it’s known most often by the many nicknames it gathered, rather than its official military designation. “Tommy Chopper.” “Chicago Typewriter.” “Tommy Gun.”

Of course, there’s also the name given to the Thompson submachine gun by its designer: “The Annihilator.”

Call it whatever you’d like, but gangsters, G-men, G.I.s and genuine aficionados of the Thompson often argued it was the best submachine gun of the 20th Century; a weapon that the U.S. Military and Law Enforcement should never have retired. 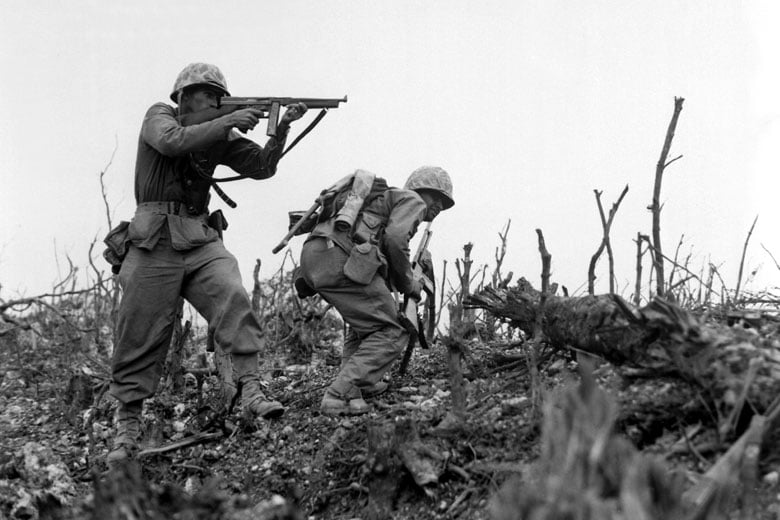 Consider the basic facts of the weapon in its various models. It’s well-made, robust, capable of firing more than 800 rounds a minute in some models and chambered for the formidable .45-caliber ACP round. In the right hands it could make one man a proverbial killing machine. The following story from World War II illustrates this conclusion.

This assault was part of an operation by the 82nd Airborne to prevent a German breakout during the Battle of the Bulge. Leading a makeshift headquarters platoon of clerks, Funk and his unit captured 30 prisoners; which he left under guard before he returned to fight.

However, a superior force of German soldiers overpowered the guards and rearmed the prisoners. When Funk returned to seek more men for the battle, a Wehrmacht officer pulled his sidearm and ordered Funk to surrender.

Facing not only the officer, but also at least 100 German soldiers, Funk pretended to surrender. He then whipped his Tommy Gun into a firing position, emptied the full magazine into the officer, reloaded and continued to fire while the American soldiers grabbed what weapons they could.

When it was over, Funk and his men had killed 21 Germans and wounded 24 more. For his actions, Funk received the Medal of Honor. Funk’s bravery is undeniable, but it also didn’t hurt that he had a Thompson at his side.

The Need for a New Gun 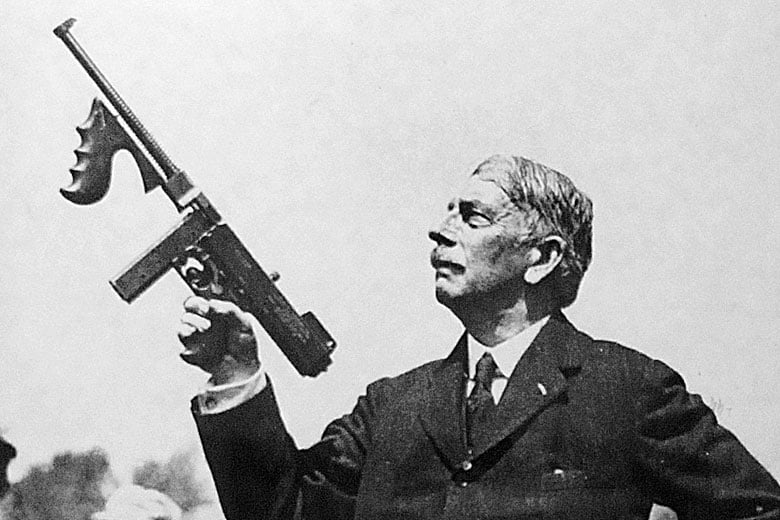 The origin of the Thompson dates back nearly 100 years ago to the stalemate of The Great War, better known in the United States as World War I. Trench warfare had bogged down fighting, turning it into murderous battles of attrition. Thousands of men died for territorial gains measured in yards and they just as quickly lost what they’d won.

…I want it right away.

“Our boys in the infantry, now in the trenches, need a small machine gun, a gun that will fire 50 to 100 rounds, so light that he can drag it with him as he crawls on his belly from trench to trench and wipe out a whole company single-handed,” Thompson wrote in a 1918 memo to designers. “I want a little machine gun you can hold in your hands, fire from the hip and reload in the dark. You must use ammunition now available and I want it right away.”

Thompson’s basic design set a standard for submachine guns that exists to this day; a small-frame, select-fire weapon that rapidly shoots pistol caliber rounds. Because the U.S. Army issued the M1911 .45 ACP pistol as a sidearm, he chose the commonly available pistol ammo for his lethal brainchild.

Designers produced a prototype by 1919, but the first practical Thompson models were too late for World War I. Still, Thompson convinced Colt to produce 15,000 of the M1921 submachine guns. Early observers of the M1921 test-fired on the range were impressed by how much firepower the “little machine gun” delivered. 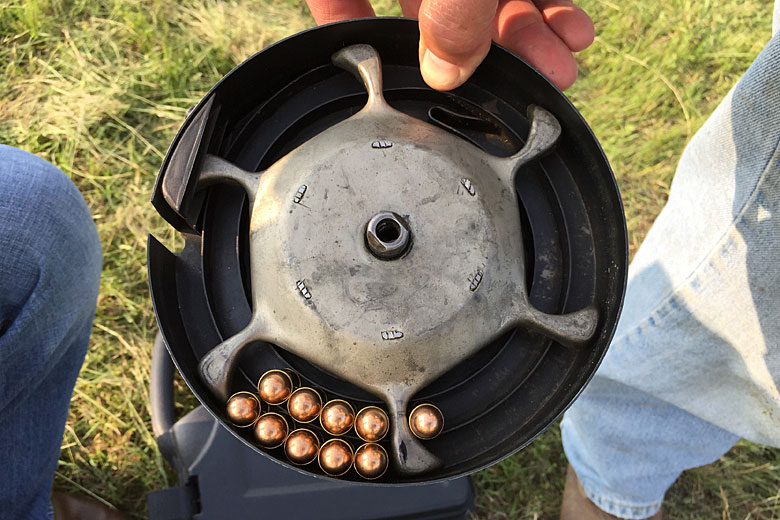 One of the problems facing Thompson was that they had no steady stream of customers, even when Thompson’s company Auto-Ordnance Corp. released the M1928, considered by many to be the definitive Tommy gun model.

Early Thompsons are works of art. Machined steel, high-tolerance parts and walnut furniture make the M1928 a handsome, yet deadly weapon. However, the submachine gun was very expensive. Adjusted for inflation, its $200 price tag is roughly equivalent to $2,300 today.

…made the Thompson a kind of trademark.

To put things in perspective, consider the contemporary price of prime, high-end arms like the Fabrique Nationale d’Herstal SCAR 17S 7.62x51mm NATO. The SCAR costs about the same amount as a Tommy Gun did during the Roaring 20’s.

However, the U.S. Marine Corps. purchased Thompsons, using them effectively in China and during the Latin American “banana wars” of the 1920s. In addition to the Marines, the US Postal Service armed its security personnel with Thompsons.

Eventually, the FBI armed its “G-men” with Thompsons when special agents demanded firepower equal to that wielded by the bad boys who gave the M1928 its fearsome reputation.

In fact, a handful of criminals like John Dillinger and George “Machine Gun” Kelly made the Thompson a kind of trademark. They used it during spectacular bank robberies that often left both local Law Enforcement and federal agents out-gunned or dead.

By 1939 though, all that changed for Thompson as Great Britain entered World War II starved for armaments. 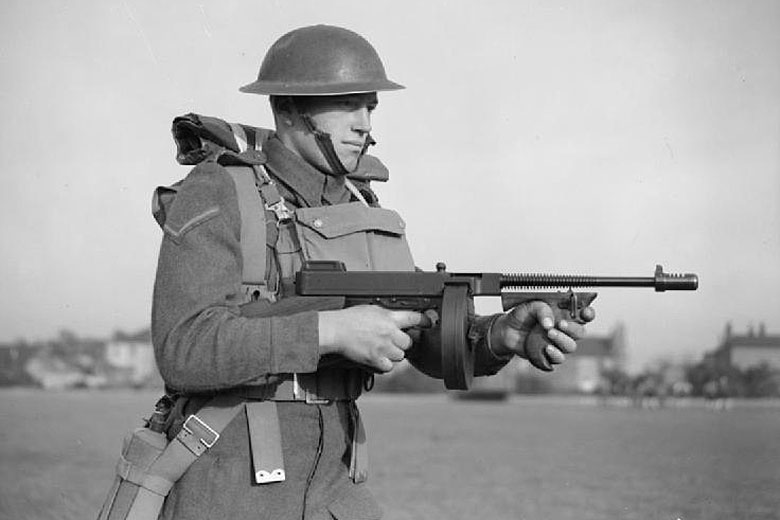 After the debacle at Dunkirk where the Brits were forced to abandon tens of thousands of small arms, Britain’s War Office eagerly purchased every M1928 it could. The weapon was a hit with the Tommies (British Soldiers);  particularly the Commandos.

The weapon’s reliability and ability to bring devastating automatic fire to close quarters combat made the Thompson a favorite of the Commandos. They even honored the weapon in the design of their unit recognition flash; a stylized Thompson superimposed on an anchor headed by an eagle. It’s a flash that’s still used to this day.

American G.I.’s often relished the gangster panache of the Tommy Gun. Images of actors like James Cagney in “The Public Enemy” were unforgettable. The Public Enemy was easily one of the most violent movies of its time, showing Cagney ducking around a corner as a gangster fired on him with a Thompson. 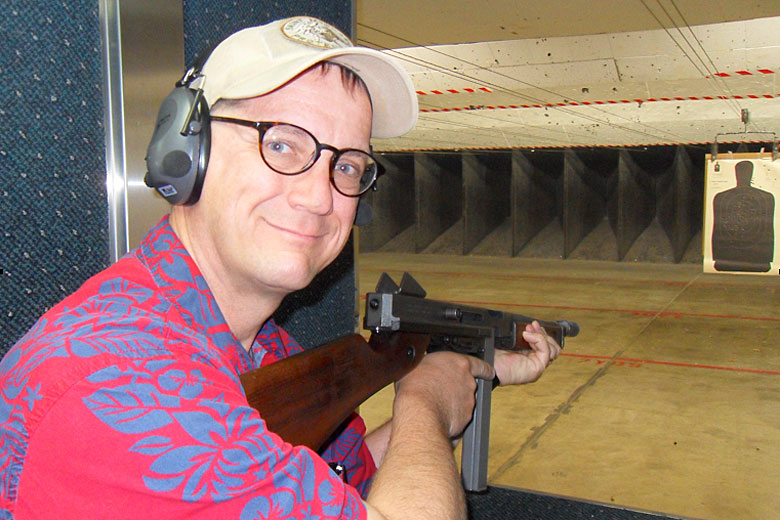 The author at the range with a Thompson M1A1 submachine gun.

Even though the M1 Garand and M1 carbine were the most common infantry weapons in the U.S. Military, any dogface or jarhead who could get his hands on a Thompson adored the weapon. Eventually, it was issued to NCO’s and officers in the European theater and many Marines in the Pacific.

The sheer reliability of the Thompson, particularly in its less-expensive but equally deadly M1A1 model, made it the perfect weapon to endure battlefield conditions where rain, mud, snow and sand made weapon care a chore.

During World War II, the expense of the Thompson prompted development of the M3 “Grease Gun,” which could be produced in greater quantities for far less money than even the M1A1.

The End of an Era 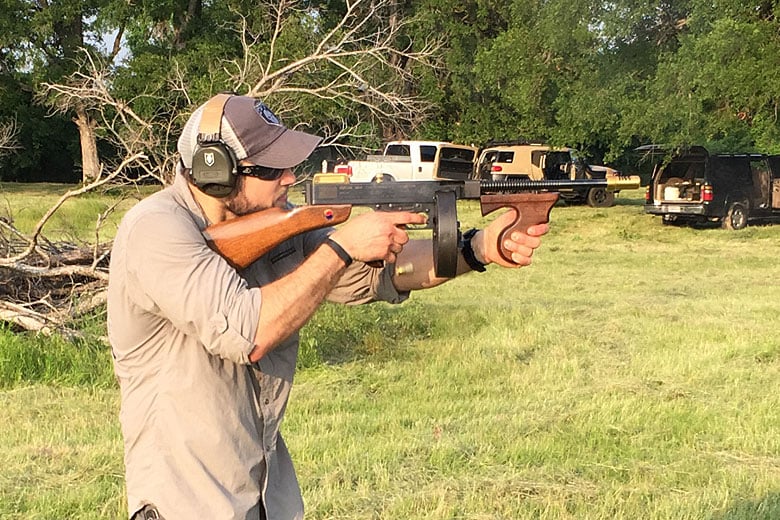 The Army relegated the Thompson to a secondary role during the Korean War. Many G.I.’s still carried the weapon, but its value was limited because Korea didn’t demand that US soldiers and Marines clear bunkers and rooms as often as their counterparts did during World War II.

By Vietnam, the first M-16s were in the hands of G.I.s and the military considered the Thompson obsolete. However, a few cherished Thompsons have found their way into the hands of Special Operations warriors; weapons lovingly passed onto a compatriot when its owner left the theater of operations for home.

Editor-in-Chief’s Note:Please join us in welcoming Paul R. Huard. as a contributor on ITS. Paul writes about military history and military small arms for daily newspapers and online publications. He is based in Ashland, Oregon. 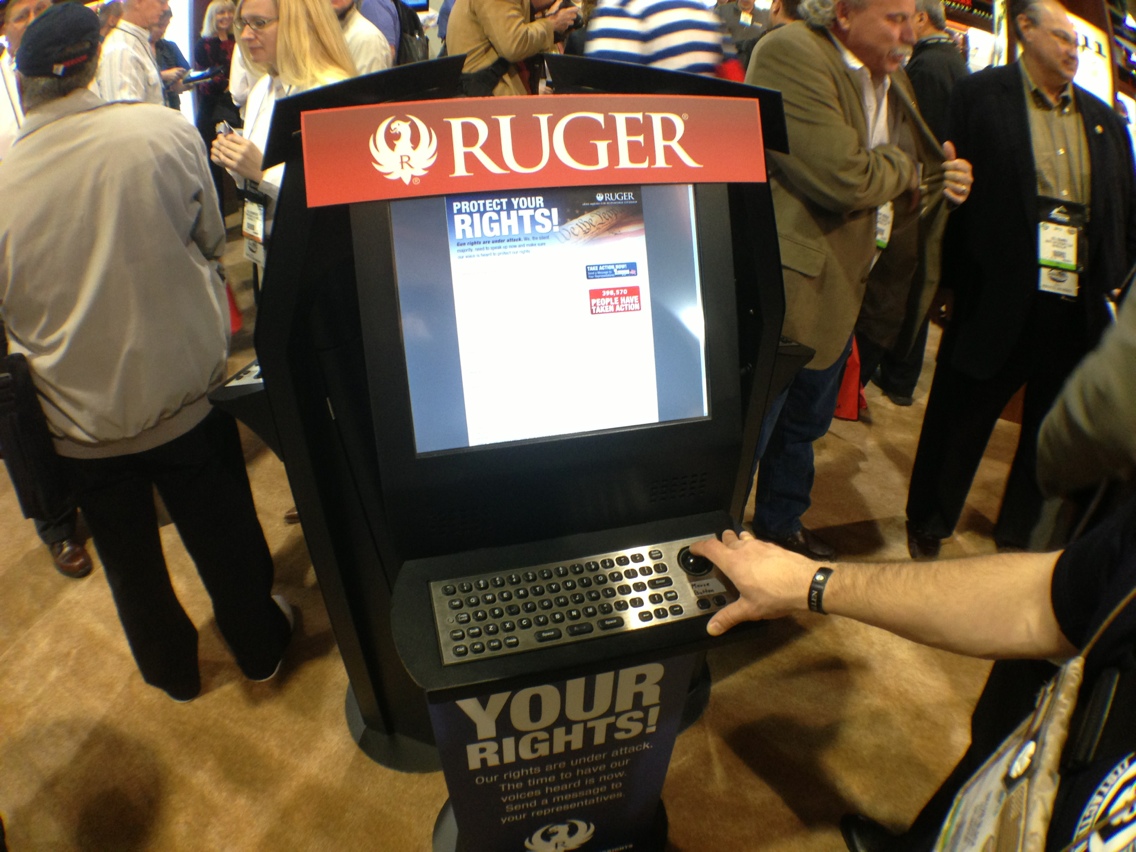 Ruger Makes it Easy to Get Your Voice Heard 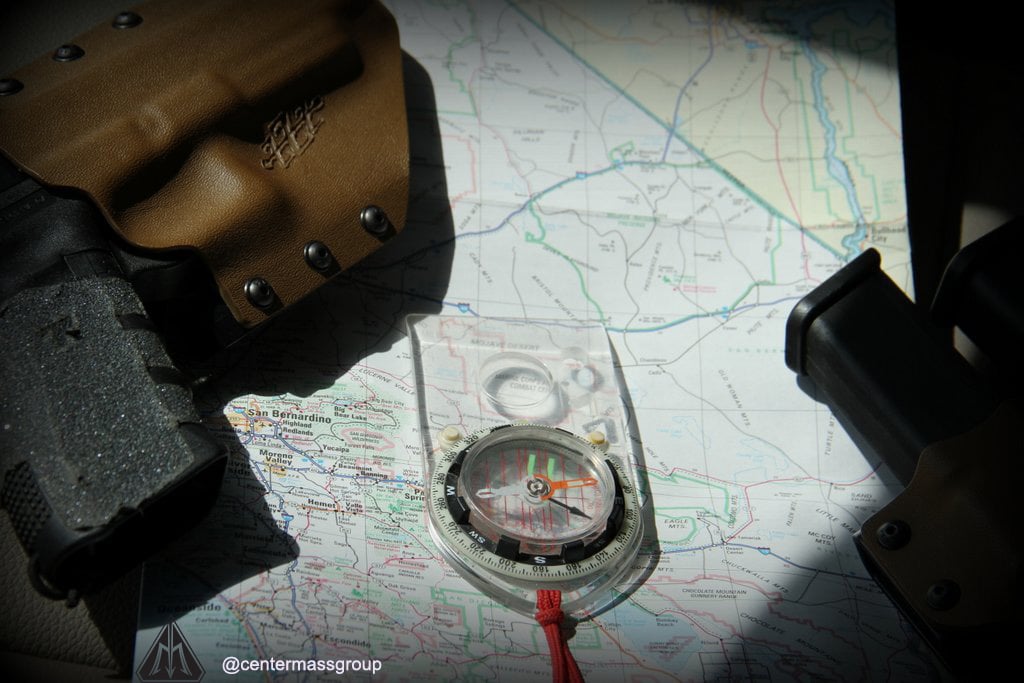