Debunking 9 Classic Myths and Whoppers about Firearms - ITS Tactical 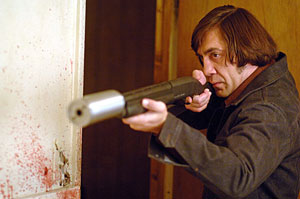 I’ve been around firearms since 1972 (that I can prove). Having been in and around them in the military since 1988 and working in the industry since 1996, I have seen and heard some whoppers told in my time.

In this article I would like to debunk some firearms myths with facts, figures and my personal experience as an instructor of this very cliquish yet globally popular martial art.

First off let’s talk caliber. Let me say that this is one of the hottest topics out there and is bandied about with much fanfare and supposition on all sides by experts and non-experts. Here are some facts and figures that actually do matter.

What does all this mean? Well, if you plan on using your firearm in a deadly force engagement then you better know how to use it and where you need to hit them. Do I carry a .22 to serve a warrant? No, but I don’t walk around loaded for warrant service when I go to the store for a gallon of milk either.

Pick the right tool for the job, I wouldn’t want to use the 16 pound sledge to drive out the pins from a pistol on my gun bench and I wouldn’t want to drive tent stakes into hard earth with the brass hammer either. If you need to and can comfortably conceal & carry a .45, good on you if you are willing to do it every day.

I’m not and don’t need to. While a majority of the time a full size P-229 in .357 Sig is my carry option, occasionally in the heat and humidity of FL (and the relatively safe lifestyle and area I live in), the Walther P-22 does fill-in duty for shorts and t-shirt weather.

Next let’s discuss Firearms Experts. Believe it or not I sold appliances, lawn equipment, and was considered an expert by the company I worked for when I wore an orange apron. My training consisted of reading some training manuals for 30 minutes and taking a test.

Here’s the newsflash, most gun stores don’t even do that and there is no way you could begin to become an expert in this manner. I have been around guns for a long time and don’t consider myself an expert and almost never recommend a weapon to a student until I have a chance to know them and see what their needs and physical abilities might be.

So why can I walk into a majority of gun Stores, pawn shops or Gun shows and get a recommendation on the perfect gun for me in less than 30 seconds from an expert? Answer? Because they are trying to sell guns!

Here’s another from the “experts,” send a female into a gun shop or gun show and see how many recommendations for a .38 revolver she gets.

Ergonomically a revolver takes more grip strength to hold because of the rounded back strap requiring the pinkie and ring fingers to squeeze much tighter in order to manage the flip of the recoil. Also teaching anyone to reload a revolver versus an automatic is easier and less time consuming, yet most “experts” will treat a female like a 3 year old that can’t accomplish such a complicated task.

Does the 98 lb. female need a full size 1911 with a 24# spring? No but that’s not to say that with proper technique and weapon she couldn’t accomplish the mission.

Let’s move on to a more recent statement I heard from an “expert” here in my area, which also brings up another age old debate. I took a client to a local range for the shooting portion of the FL CCW. We were browsing the weapons and I was giving general info on different weapons based on the clients needs and wants. We asked to see a specific weapon and the gentleman behind the counter (notice I said behind the counter at a gun range, by most accounts this makes him an expert) obliged us.

The conversation turned to trigger pull and he made a statement that blew me away. He said, and I quote, “I never dry fire my weapon, it will damage them.” Lordy, lordy, lordy! Really? What rock have you been under for the past 40 years? The Marine Corps has made dry firing an art form with a week of Boot camp devoted to it, every competitor out there advocates it and I advise everyone in all my classes to do so (in a safe and secure manner with the weapon and ammo in separate rooms of the house, the lawyers made me add this part).

I can’t think of a better way to work on trigger control, which in my estimation is about 90% of the equation of shooting. Yet here we have an “expert” in his field, someone whom I know is an instructor at this establishment, spreading a vicious rumor to a neophyte. Upon hearing this, my client will think this is gospel unless I dispel this rumor quickly before it takes hold in a recess of his brain. I did so vehemently and quickly upon exiting the range.

These off hand statements can hurt the industry and promulgate these myths that I run into everyday.

This usually means I can hit the bull’s-eye more times than not with little to no pressure and no time hacks. Is this a good thing? Sure, if you are a professional target shooter. However, if you are carrying a gun for defensive purposes then it bears little on being able to FIGHT with a gun.

Unless you’re talking about a Hi-Point or a Lorcin the gun you have will most definitely shoot better than 90 percent of the people holding it. This is a fact that can be proven time and time again. Good ammo and a brand name gun will be a better shooting package than most of us out there can use, unless your name is JJ Racaza.

While this line of thinking initially makes sense, I have seen countless people that “should” be able to shoot well and carry a gun for a living that are absolutely horrible at gun fighting. On the opposite side of that, I know guys that are desk jockeys, lawyers and computer nerds that possess gun fighting skills that are phenomenal.

You want to know what the military teaches 90+ percent of the troops? Discipline and firearms safety, which has more bearing on your ability to learn gun fighting than gun fighting itself. The next time you hear this take it with a grain of salt.

WTF! IT’S A GUNFIGHT! I assure you that getting shot is a lot less comfortable. Is everything supposed to be comfortable and natural? If at all possible, sure, but the mission is to shoot him before he shoots you. End of story, suck it up!

Really? Put the front sight on the target and pull the trigger until the threat is gone. I’m not a Glock fan but they shoot. See the myth above this one.

Myth #9 – “Guns need to be cleaned every time they are fired.”

Ummm…No! Keep them well lubed and you will be just fine. Modern weapons run like sewing machines for the most part. My days of “white glove” inspections went the way of my 6 pack abs.

This is article was more or less getting some of the b.s. I hear off my chest, thanks for listening. A special thanks to Brian Sloan for contributing to this article. Brian is a Navy Chief TAD to Djibouti, adjunct instructor with RSKTKR and developer of RSKTKR Electronics products. 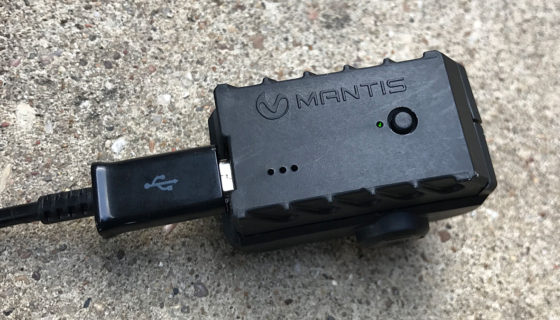