We’d like to get everyone’s help with a decision we have to make on when to have a Texas Flag flown at the State Capital. ITS Tactical was presented with this opportunity for a donation we made to the Memorial Fund of a local teen here in Mansfield, Texas.

The memorial fund is for Tristen Dasch, a Mansfield High School Freshman who lost his battle with Leukemia this year. Tristen was close friends with a boy from my son’s Boy Scout Troop and the troop has been actively involved in raising money for a memorial garden in his honor.

Our troop recently held a dunk tank fundraiser, “Dunk for Dasch,” at the local fall festival and Texas State Representative Chris Turner donated a Texas State Flag that will be flown over the State Capital in Austin. A silent benefit auction was held and ITS Tactical made the highest bid, receiving the flag.

Since every one of our readers has helped in allowing us to donate to this cause, we’d like to get your opinion on when we should have the flag flown between now and the end of 2010.

We need your help in suggesting some significant dates between now and the end of the year we could fly it on. I’m not sure if federal holidays are out of the question, but we have a call in to inquire about that. We’d considered Thanksgiving and also December 7th to honor Pearl Harbor. What do you guys think?

We’re glad that ITS Tactical could contribute to such a great cause and a huge thank you to each one of you for helping us be able to do this! 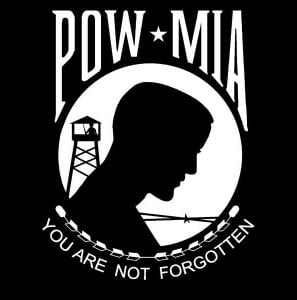