We’d like to take this opportunity to remember our friend, Aviation Ordnanceman 2nd Class (SEAL) Marc A. Lee, who fell 3 years ago today in Ramadi.

Lee was awarded the Silver Star posthumously for his brave and unselfish actions on a Ramadi rooftop.

As stated in his award citation, Lee was conducting clearance operations in south-central Ramadi with members of a Naval Special Warfare Combat Advisory element.

“During the operation, one element member was wounded by enemy fire. The element completed the casualty evacuation, regrouped and returned onto the battlefield to continue the fight.”

“Petty Officer Lee and his SEAL element maneuvered to assault an unidentified enemy position. He, his teammates, Bradley Fighting Vehicles and Abrams tanks engaged enemy positions with suppressive fire from an adjacent building to the north.”

There’s an excellent memorial on the SEAL Team Three Quarterdeck at NAB Coronado if you happen to get a chance to stroll through. 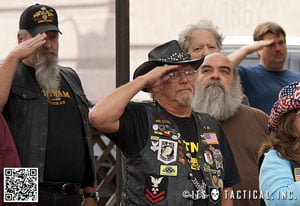