Negligent Discharges and a Learning Experience to Take Home - ITS Tactical 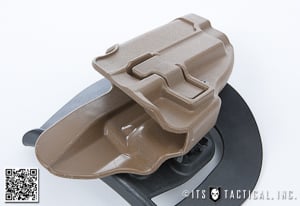 There’s a YouTube video that’s currently circulating around the Internet that shows YouTuber Derek Grebner, of Tex Grebner Outdoors, taking his audience through his Negligent Discharge and how he wound up shooting himself in the leg with his Kimber 1911.

His expensive bullet wound could have inflicted much more damage and he was extremely lucky he didn’t blow out his entire knee cap. I strongly feel that this ND could have been prevented by better trigger discipline, but I’m sure he probably thinks that himself too.

While I agree with Derek’s statement that he didn’t feel it was caused by the Blackhawk SERPA holster, I still feel like the SERPA is NOT A BEGINNER’S HOLSTER. The SERPA holster relies on your index finger to slightly depress or graze the trigger guard release to draw your firearm. If trigger discipline is not fully developed or rushed, it’s easy for an index finger to curl and press the release, rather than slightly rub the release with a properly indexed trigger finger.

If the index finger is already curled while drawing, hopefully you can imagine how easy it would be for that finger to naturally find the trigger. I personally own and have used a SERPA multiple times and have my own reasons for disliking it, but this issue isn’t one of them. I feel an important take home message from viewing this video is that

In the video he states that his thumb safety was disengaged on his draw stroke, due to another holster he was previously using, but that information is irrelevant. This could have happened to anyone using a Glock or Sig which doesn’t utilize a thumb safety at all.

I commend Derek for coming forward with this video and showing his mistake as a learning experience, hopefully everyone reading this article will take note of this and learn from it. He certainly handled the incident well considering he’d just shot himself on video. It’s also an important reminder of why we advocate having a trauma kit like our ETA Kits readily available! 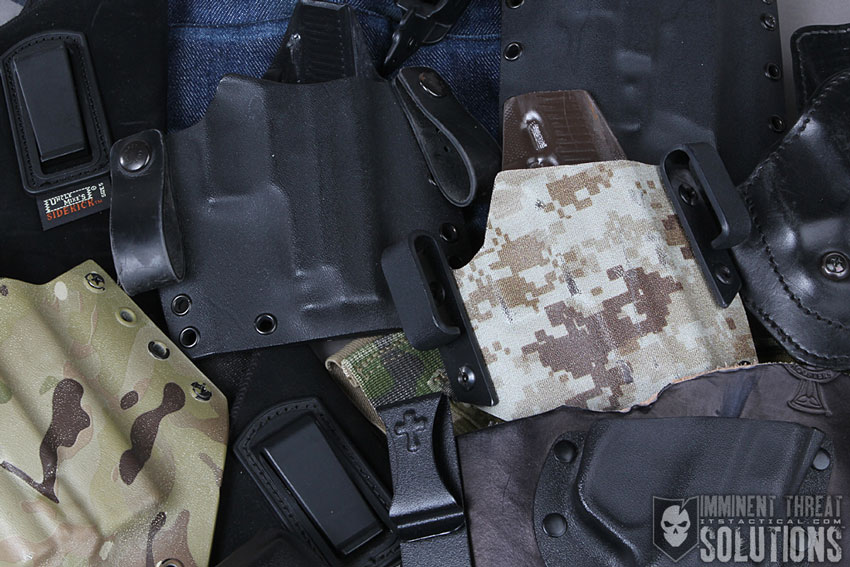 The Perils of Concealed Carry: Remember There’s no Prize for the Fastest Reholster