So its been a few weeks since Competition Dynamics’ Sniper Adventure Challenge 2013 and my team is finally recovered from all we endured during our 32-hour, 40+ mile slog across the New Mexico high desert. I consider myself fortunate to have been able to participate and am proud of every team that showed up to challenge themselves, especially those in Endurance class. For a look back at our preparations and gear selection for the competition, please see my previous preparation article.

SAC 2013 was definitely a challenging, professional and well-run competition. Like all creative competitions though, it was not without its quirks. Any teams that “quit” prior to the time cut-off time of 34 hours could receive a ride back to the finish line and retain all points earned up to that point. There was no penalty for quitting the race early. This gave all teams a fair chance of doing well without any medical consequences while de-emphasizing the endurance aspect of the challenge. We definitely had our pre-conceptions of what would be important during the competition. Here’s a look at what worked and what didn’t for our team.

First off, minimizing weight cannot be emphasized enough. The total course mileage was over 40 miles of on foot travel over often rough, rocky terrain and changing elevations. The New Mexico desert is unforgiving and harsh. While none of the terrain was particularly steep, the rolling hills were composed of hard, broken rock that constantly threatened to twist or sprain ankles. The vegetation was invariably sharp and it seemed like everything tried to cut or poke you, especially during the moonless night. 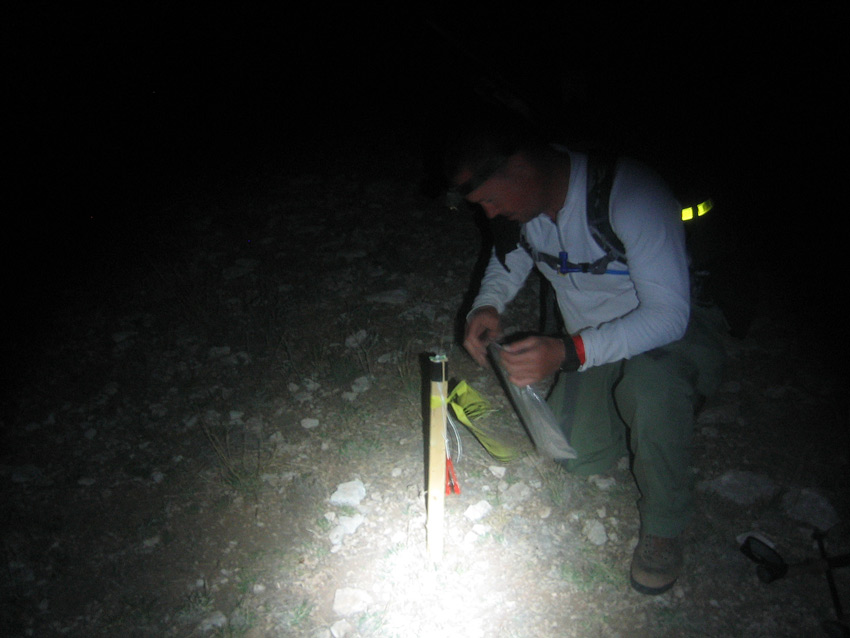 Ounces mattered. Many teams suffered fatigue and exhaustion simply by being over encumbered. We needed every weight saving trick we used and could have benefited from a few more. The largest savings, of course, came from our primary weapon choices. Trading down to the AIAW .308 and .223 Colt SBR weapons from the AIAW .338 and Rock River LAR-10 .308 combination saved us over 10 pounds each in weapon and ammo weight. That 10 pounds was critical in allowing us to continue hiking well past when many teams could go no further.

We also used the more lightweight and comfortable Osprey backpacking packs instead of our Eberlestock Gunslinger packs, saving about 3 pounds each. In general, we opted to stay as close to the required gear list as possible. However, we still ended up carrying loads of 42 and 48 pounds each including water, food, weapons and ammunition. We could have benefited from even more aggressive weight reduction to go faster on the course.

While my team elected to plot every mandatory and bonus checkpoint on our map as soon as the race started, spending an additional 40 minutes at the starting line, most teams took off as soon as they plotted their first point. Looking back, this decision cost us several hours as our team got stuck in the confusion and traffic jam of teams waiting to shoot at checkpoint #2. The more efficient strategy would have been to plot points a few at a time as we progressed in the race.

Once the moonless night descended upon the course, we generally used the stars to help us maintain our heading instead of repeatedly looking at the compass or referencing intermediate points we could not see. Pace counting supported by the laser rangefinder was instrumental in navigating to difficult checkpoints in the dark. 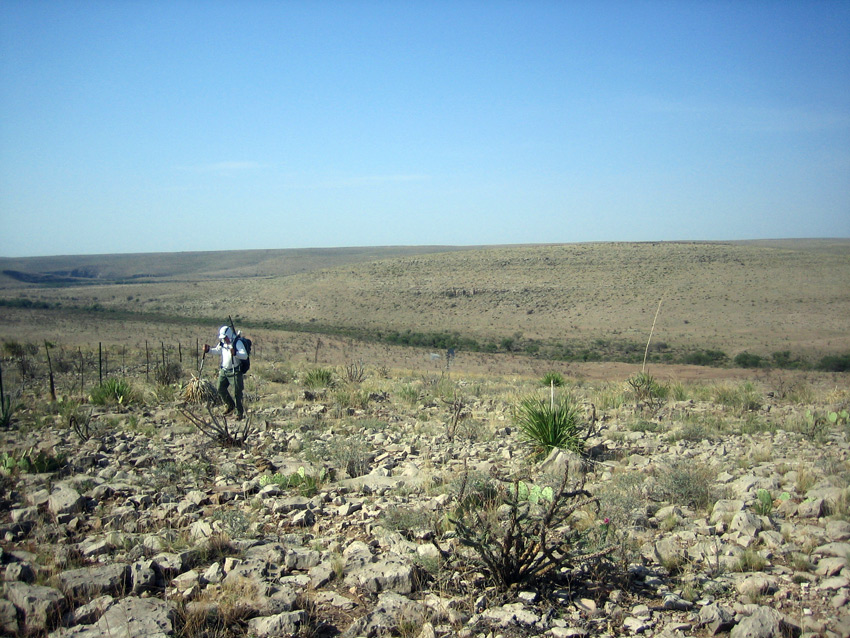 Another critical piece of our travel kit included trekking poles which maximized our on foot mileage and also doubled as shooting sticks during the first shooting stage. In that stage, steel targets were arrayed in a valley from 300 to 1200 yards and many targets could only be seen from a seated position.

I was impressed by the performance of my Colt LE6946CQB short barreled rifle. I fired Hornady 55 grain A-Max rounds from the 10.3″ barrel and achieved consistent 600 yard hits on torso sized targets. While there is argument about whether short barreled rifles can deliver sufficiently lethal amounts of kinetic energy at longer ranges, the overall accuracy of the bullet and weapon are generally unaffected by shorter barrels as long as the projectile achieves stable rotation leaving the muzzle. Matching the twist rate of a quality barrel to bullet weight can ensure that stable rotation.

My partner’s Accuracy International AW .308 also performed admirably. However, the exposed turrets on the Schmidt & Bender PMII scope got turned unpredictably by the process of stowing the rifle in the backpack, leading to several missed shots. This just emphasizes the imperative to always check your scope turrets before firing.

Since much of the rifle scoring relied on first round hits on unknown range targets, knowing your dope was critical. While my team did use a Vectronix magnified laser rangefinder to quickly and accurately range targets, we were not prepared with density / altitude tables to accommodate changing atmospheric conditions over the 34 hours of competition. Thunderstorm conditions on the first day affected the barometric pressure significantly.

With daytime temperatures approaching 100 deg F and nighttime temperatures of about 70 deg F, the temperature difference affected both muzzle velocity and air density. Having a Kestrel device or an ABC-type watch (such as a Suunto Core) along with range tables taking into account variables such as temperature, density / altitude and muzzle velocity would have improved our first round hits. An ABC-type watch would have been particularly helpful due to its small size and its function as a backup compass.

The mandatory gear list for the challenge included the requirement of a “shovel,” with no further clarification or detail. We carried a spade with a 3′ handle, a midget shovel of sorts and made quick work of the Gravedigger stage. Each team was required to dig a 6′ x 2.5′ x 1′ hole in the dry, hard-packed desert soil. Many an E-Tool were thrown down in frustration during that event. 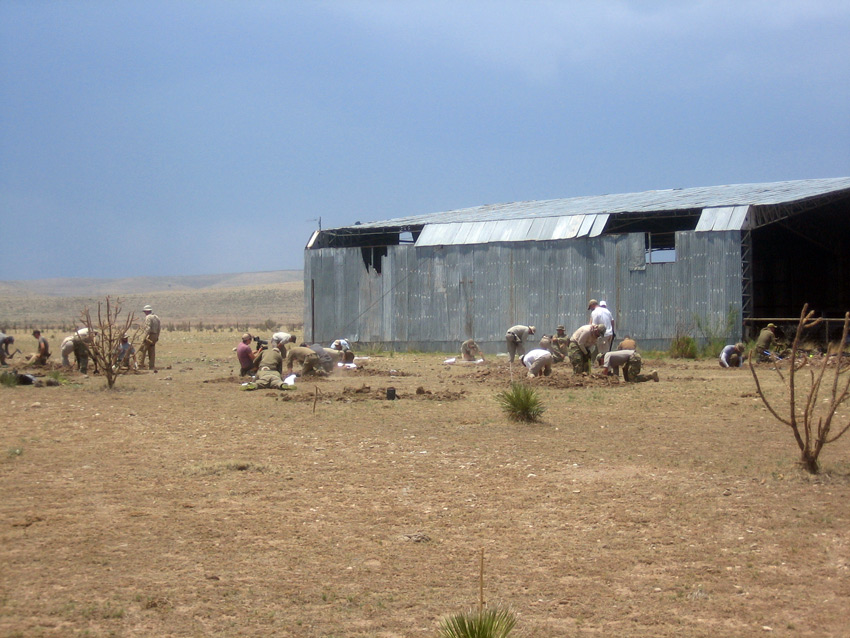 Our clothing selections of white Outdoor Research Sun Runner caps and white Columbia long-sleeve tech shirts were by no means “tactical.” However, they kept us cool and protected from the sun during the long hours of exposure. Most of the teams in contrast wore coyote, some shade of dark green, or Multicam and probably felt a lot hotter than we did. Also, our Arcteryx LEAF rain gear was light to carry and bomber during the thunderstorm on the first day. Arcteryx has always been a solid choice despite the cost.

The best blister management strategy is blister prevention. Many endurance athletes use moleskin and mole foam successfully. I highly recommend Leukotape, a waterproof fabric medical tape, as my blister solution. Leukotape is light, thin and low friction. I covered the blister prone areas on my feet with Leukotape and went about 28 hours before I started to feel the first hot spot. By the end of 32 hours, I had blisters on the pinky toe of each foot, but no blisters on any area covered by Leukotape.

While this year’s competition emphasized orienteering over the unique challenges, shooting and endurance aspects, I still very much enjoyed it. With many lessons learned, I look forward to how Competition Dynamics improves and evolves the Sniper Adventure Challenge in the coming years.

Editor-in-Chief’s Note: Arthur Guo has been a peace officer in Southern California for the last nine years. He’s worked a variety of assignments in Law Enforcement and has been a SWAT Sniper for the last four years. Arthur is also an avid rock climber and mountaineer. 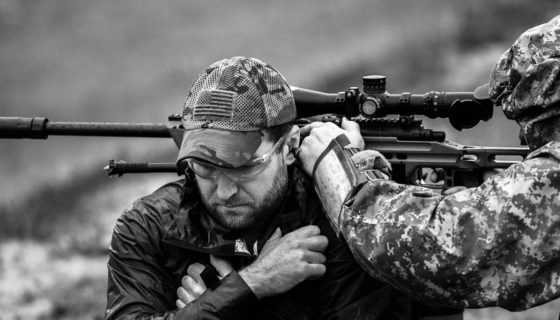 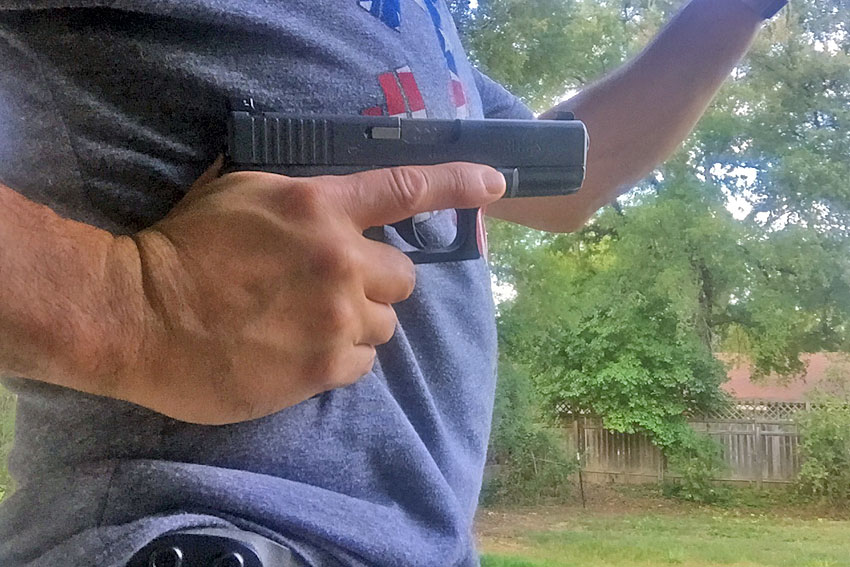 Tuck and Go: Fighting with a Firearm from Close Quarters 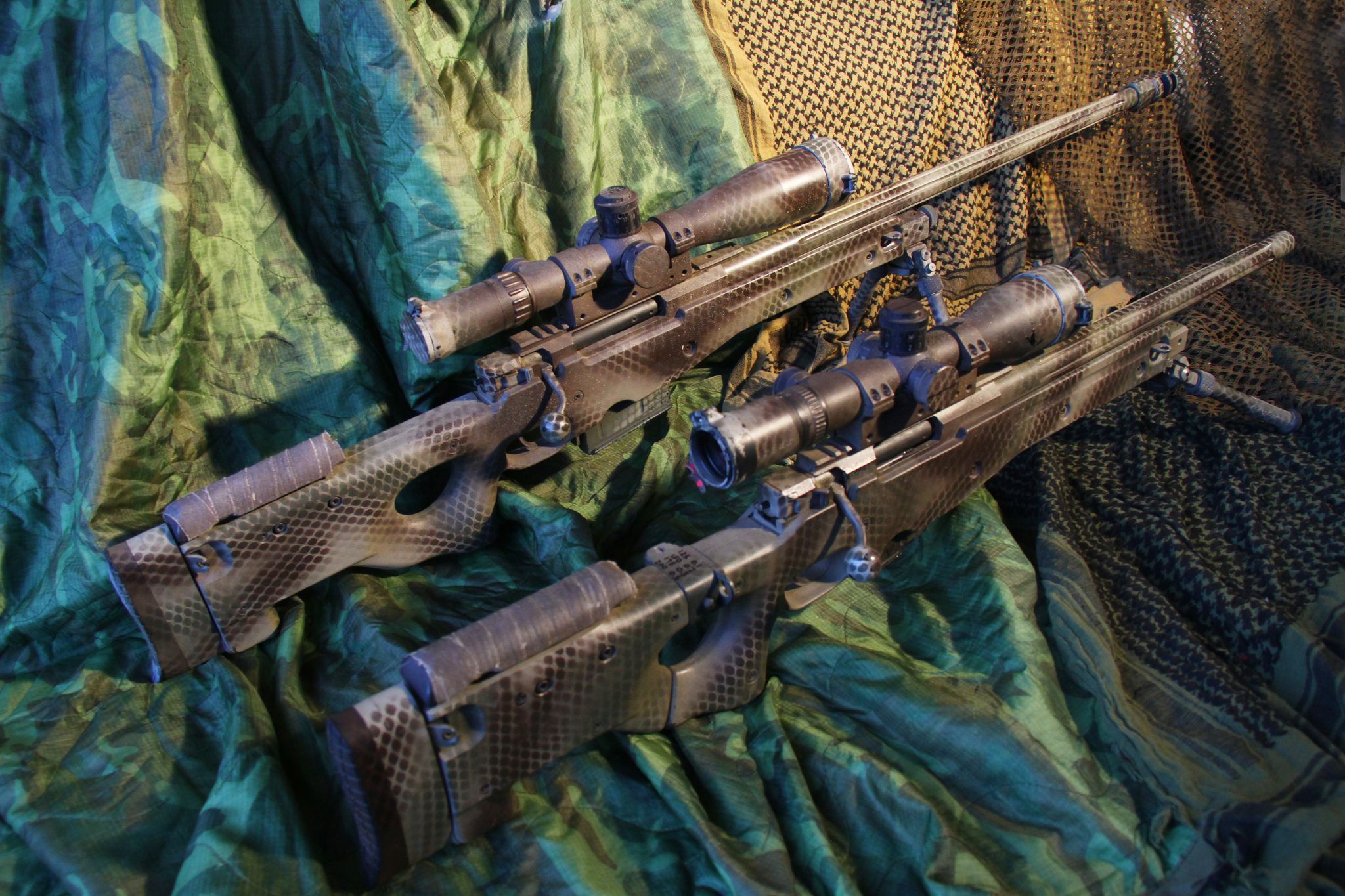