How to Keep Your AR Running, Part 2: Nomenclature and Cycle of Operation - ITS Tactical

Today we’re going to continue our series on Keeping Your AR Running by looking into the AR nomenclature and Cycle of Operation for a Direct-Impingement Gas System.

We’d like to urge everyone to read our first part of this series on the History of the AR. These articles will all be building blocks, as it’s important to get a solid foundation.

Knowing the different parts of an AR and how they operate is essential to being able to diagnose a problem and ensure you’ve taken the necessary steps to prevent problems from occurring.

Check out the embedded YouTube video below for a visual walkthrough we’ve put together of these parts and a simple field strip of the AR you can follow along with.

You can also click on the image to the right to see an expanded view of all the components of an AR.

Inside the upper receiver we have the Charging Handle with latch and the Bolt Carrier Group. 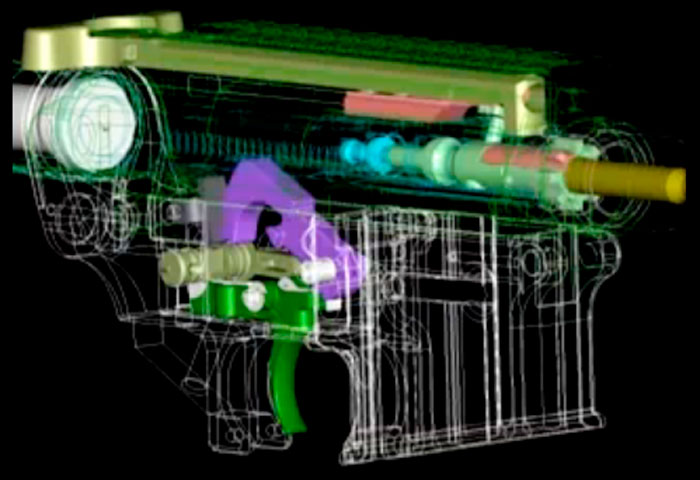 Now that we’ve gone over the individual parts of the AR, lets examine the Cycle of Operation and how the AR functions.

The first step in the cycle of operation for an AR is to charge the weapon, or “make ready.” This is done by ensuring a loaded magazine is present in the weapon, grabbing the charging handle, pulling it to the rear and releasing.

As the bolt carrier group is pulled to the rear by the charging handle, the action spring is compressed in the buffer tube, causing the buffer to reach its rearmost position inside the buffer tube.

While simultaneously moving rearward, the bolt carrier group rides over the hammer and forces it down into the receiver, compressing the hammer spring and cocking the weapon.

As the bolt carrier group is thrust forward from releasing the charging handle (and the expanding action spring), the face of the bolt picks up a new round that is pushed into its path by the upward thrust of the magazine’s follower and spring.

The bolt’s extractor now grips the new round, which also compresses the ejector and ejector spring as the round is seated in the chamber.

As the bolt carrier enters the last 1/2 inch of its forward movement, the cam pin emerges from the guide channel, moves along the cam track, turns the bolt counter clockwise (22.5 degrees) and locks the bolt into the barrel extension.

The weapon is now locked and ready to be fired. Depressing the trigger thrusts the hammer forward, striking the firing pin. The firing pin makes contact with the primer of the round and ignites the propellant in the cartridge, firing the round.

The entire bolt carrier group now moves rearward as the gas expands and is contained by the gas rings. This causes the cam pin to rotate 22.5 degrees, “unlocking” the bolt from the barrel extension.

While the bolt carrier group is moving rearward, the spent cartridge is pulled out of the chamber.

The weapon is now ready to fire again.

Hopefully you’re now familiar with the different parts of the AR system, understand how they work and even how to complete a basic field strip.

in our next article we’ll look at the pros and cons of Direct-Impingement vs. Gas Piston, and get into an LTI or Limited Technical Inspection so you’ll know how to properly assess your AR parts for damage.

Let us know if you have any questions regarding what we’ve covered today, and we look forward to continuing this series! 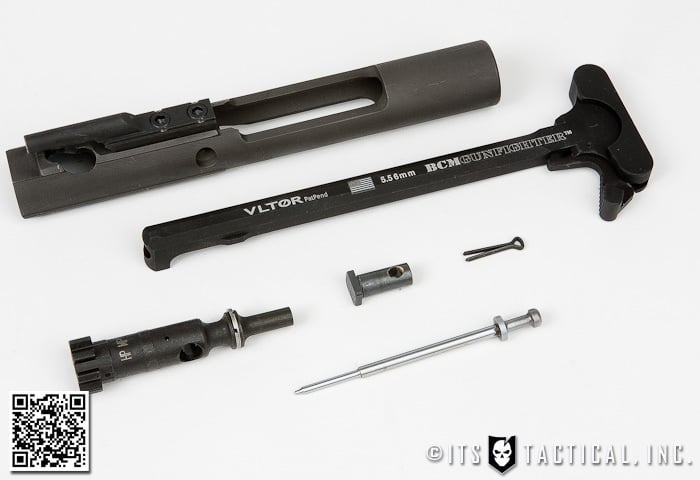 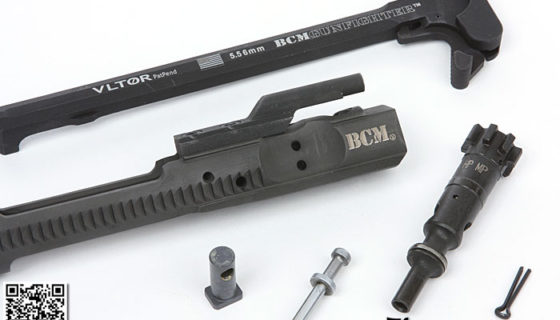 How to Keep Your AR Running, Part 3: Limited Technical Inspection