Shooting a Steel Challenge - ITS Tactical

I’ve been shooting for over 10 years, and doing so fairly seriously for the past five. I started shooting United States Practical Shooting Association (USPSA) competitions over a year ago. I thought I was a pretty fast shooter — until I went to a Steel Challenge match.

For the uninitiated, Steel Challenge matches are incredibly simple, but very competitive. Most stages are a single shooting position with no movement and five steel targets. The shooter is required to hit each target once. One target, designated as a stop plate, must be shot last. Each stage is shot five times in a row for time. The time for the slowest run is dropped. The times for the four remaining runs are added together for the total score of the stage.

Targets vary from 8″ circles to 18″ x 24″ rectangles. All targets are steel, so you get that great “ding” sound when you score a hit. Generally, targets can be shot in any order (except for the stop plate) so half the fun is figuring out what order to shoot them in. Some of the stages, like “Smoke and Hope,” have very big, very close targets, while others, like “Accelerator,” includes a 12″ steel circle at a distance of 20 yards.

One of the other big advantages of Steel Challenge matches is how easily accessible it is. They have a division for just about any pistol (and some rifles) that you own. Do you have a Glock 19 you shoot in IDPA Stock Service Pistol matches? Good to go. Got a tricked out race gun you use for USPSA Open? Not a problem. How about an old Single Action Army you like to shoot Cowboy Action with? You’re included too! In addition to having a place for just about any center-fire handgun, they also have two rim-fire divisions, iron sight division and optical sighted division. But wait, there’s more! You can also shoot a rim-fire rifle in either of the rim-fire divisions, depending on your sighting set up.

The other thing that makes Steel Challenge shooting very easy to get into is the distinct lack of equipment necessary to get started. You could show up to shoot a match with a .22 pistol, the two magazines it came with, and a box of bulk ammo. For a center-fire gun the only extra thing you would need to add to the above is a holster. Now, of course, if you are going to start actually shooting these matches fairly often you are going to want some more magazines (who doesn’t need more magazines?) because with only two magazines you will have to stop in the middle of a stage to reload your magazines. Ideally, you are going to want at least five magazines. This allows you to shoot your five runs on a stage without having to stop and reload your magazines.

When it comes to ammunition it boils down to two fairly simple rules: it’s a level playing field, and bring at least twice as many rounds as required for the stages you will be shooting. When I say level playing field I mean that you don’t have to worry about major or minor power factor like in USPSA. There is a minimum requirement for caliber, 9mm/38 special, and a minimum power factor (120). Don’t worry too much about power factor; if you reload for competition you should already understand it and if you are only shooting factory ammo it will always make minimum power factor.

I also say bring more ammo than you think you will need for one simple reason: steel targets can be deceptively hard to hit sometimes. If you think of a normal local club match with four stages, each with five targets, that you will be shooting five runs on, you are looking at a minimum of 100 rounds if you never miss. You will miss. You will miss 18″ x 24″ targets that are so close you swear you couldn’t miss if you tried. Plus occasionally something will happen to cause you to have to re-shoot a stage like a timer malfunction. Plan ahead and bring plenty of ammo.

Now that you have a little bit of info on what a Steel Challenge match is all about it’s time to go out and shoot one! Think you are a super fast gun slinger? It’s time to go find out. Never shot any kind of pistol match before, but you have a gun and a holster? Go and give it a shot (bad pun intended)! So head over to the Steel Challenge Shooting Association to find a match in your area, check out some of the stage diagrams, and take a peek at the rule book while you’re there.

See y’all on the range.

Editor’s Note: Rob is Active-Duty Air Force stationed in Alaska, a fellow Texan and ITS Plank Owner. Be sure to check out his blog at tacticaltexan.wordpress.com 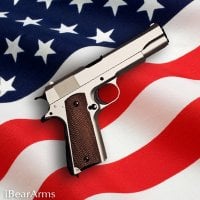 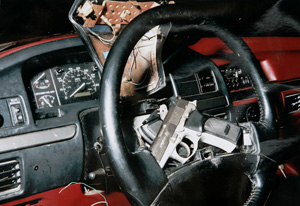