September - October 2014 "What's in Your Pockets Contest" - Win an ITS Tactical Gift Certificate!

118 replies to this topic

Here's my gear.  It might seem like a lot to carry as first line EDC but it works well for me.  I wear Blackhawk or Propper tactical cargo pants and the Maxpedition pocket organizers work really well in the cargo pockets.  A lot of my gear is stowed in the pocket organizers.  I'm passable at operating a sewing machine and I've done some modifications to my pants to make them work better.  One of the most useful mods is sewing a few narrow pen/flashlight pockets into the rear pockets of the pants.  The tactical pants aren't the most "grey man" option but I've been wearing them for years and they never seem to attrack any attention.

Not pictured is my Iphone 4 in a LifeProof case since I used it to take the picture.

Keys, with 18" of braided paracord

Bracelet made from 12' of paracord

I'm not sure what the policy is regarding jackets in this contest, so this is a separate expanded entry.

Keys, with 18" of braided paracord

Bracelet made from 12' of paracord

Mini-medical kit, including band-aids, ibuprofen, Pepto-bismol tablets, antihistamines, and antiseptic wipes, in a leather pouch made to fit that pocket.

The following items are held onto a piece of stiff leather via rubber bands to keep the pocket from appearing bulky:

Cotton balls soaked in vaseline, made into packet via aluminum foil.  Takes sparks readily, burns for up to a minute.

Gerber Bear Grylls fixed blade, re-wrapped with 12' of paracord instead of the incuded 4'

For the last two I made a leather sheath/holster that perfectly fits the inside pocket, making sure both items stay secure. 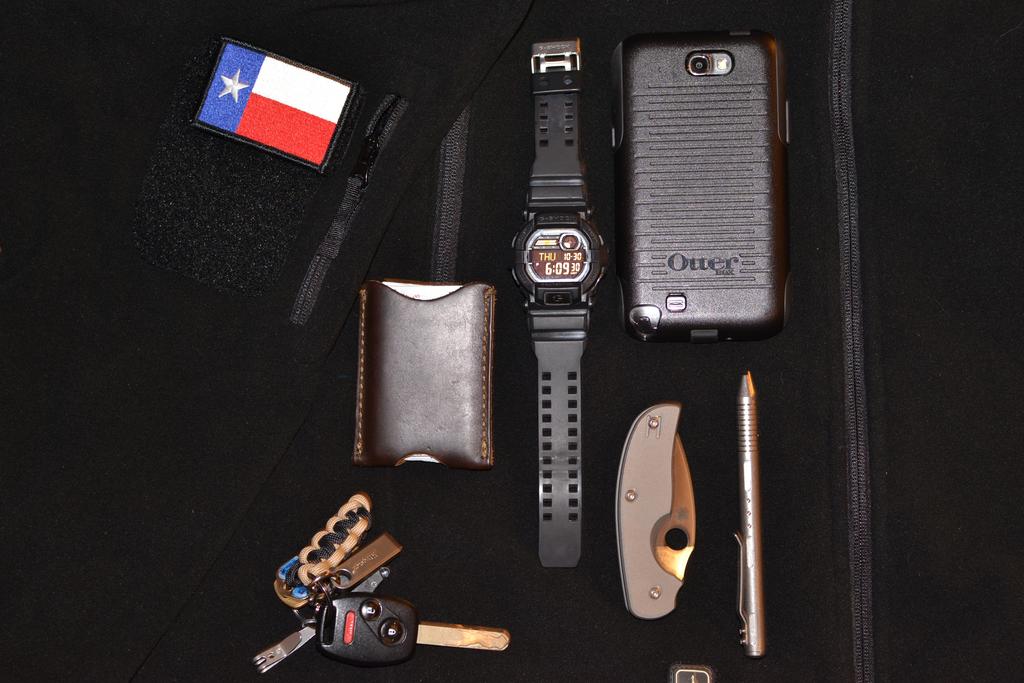 Here is my typical setup:

I just realized that I misspelled something in my post yesterday.  I can't edit the post so I just wanted to clarify that my pants don't "attract" attention.  Not "attrack", though attracking something sounds like it might be cool.  Sorry, I'm OCD about spelling. 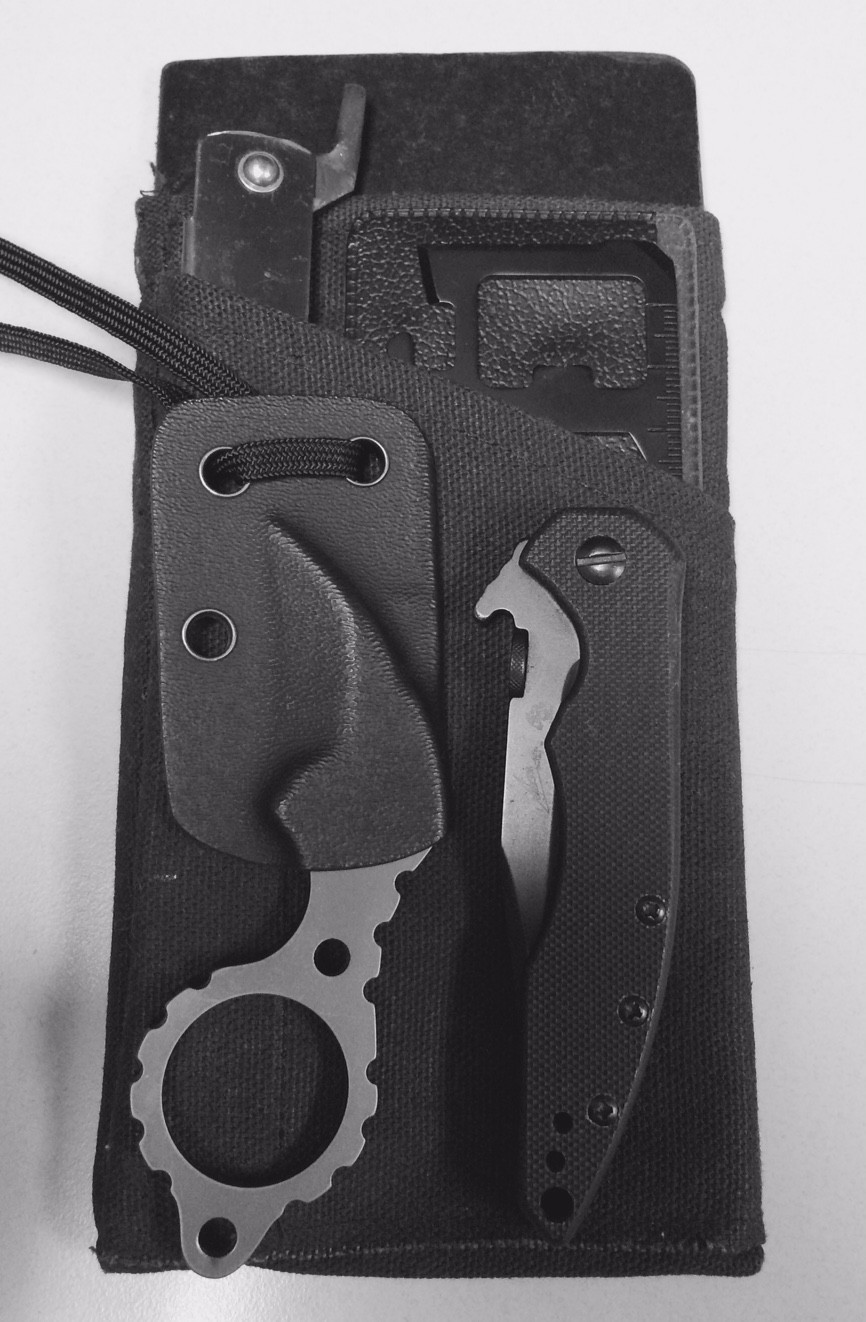 Another simple carry today, just the pouch and a couple side items.

Keys: House keys are shackled by a master link onto a biner that came with a buck smidgen.  Car fob and key as well.  Removable tool ring that has a whistle, firesteel, p-38 can opener, led light, swisstech tool, and usb drive.

Field and Stream tactical light (pretty impressed with this thing for a $10 light).

Pen - for writting and defense.  Not technically a tactical pen but the thing could be used as a boat anchor, so I think it will suffice and less obvious.

Decoder coin - I fidget...idol hands and all...

HTC One V in an Otterbox

Wallet - All the usually plus a last ditch foldable knife, a bottle opener, and fresnel lens in a Storus money clip

I think that does it for the pic.  Belt is just of the thick leather variety for now.  Normal dress is a button down with jeans.  Can't carry at work, so the pistol and mag reside elsewhere until I punch the clock.  Temperature is taking a nose dive soon, so I will be struting around in my winter LBE (jacket).  That would add some more options to my carry...

Kershaw Compound - can never have enough

Lil pink prophylactic case filled with protection that rivals my .45

So yea...thats about it. No worries, I know you're all like, "dude, thats too much stuff"...and I'm like "nuh uh" in my own ignorance is bliss kinda way.  But yea, it is...I know.  I tried just leaving stuff at home, and I feel naked (and so darn light on my feet, I fear the earth may lose its pull on me).  However I'm currently weighing options and budget to lighten the load and go a little more grey man without losing too many capabilities.  So...next time I post my EDC, you all might think I turned into some type of minimalist or something... 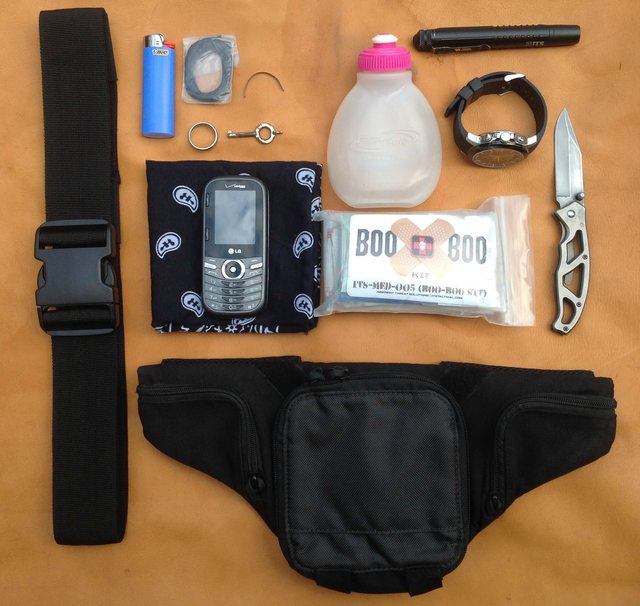 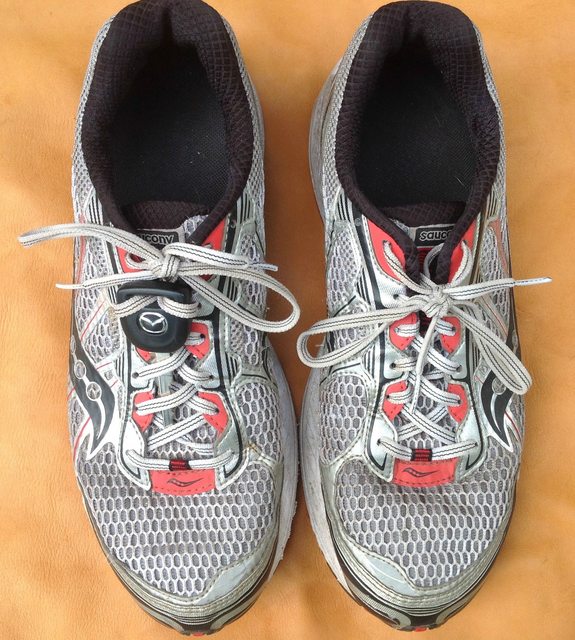 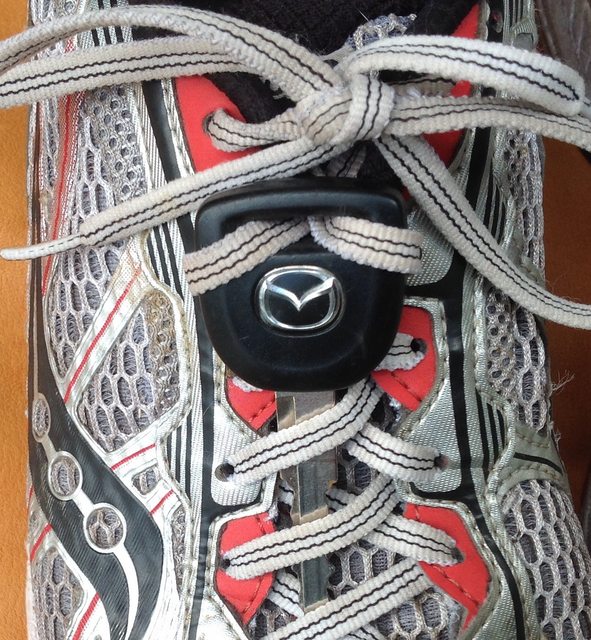 So here is my running EDC. About 40% of the time I am running with a full Gr1. The rest of the time this is what I am carrying. I will pretty much always be wearing normal gym shorts and a t-shirt. Here is the list:

Contest Update! Check out this site post for the winner announcement!

A huge shout out to everyone who entered! You guys certainly didn't make our jobs as judges easy!

What I lack in knowledge & skill, I make up for with sarcasm & bad jokes.

Thanks ITS for picking my picture, and thanks to all who participated. I really enjoyed sharing my EDC and looking at all the ones everybody posted up.

Congrats on the win!

Corbs if you are out there, this is for you too. Does anyone carry an ESEE Folding knife for EDC?  Fixed blade is not ideal except for sandbox. Thoughts on ESEE folding knives? I here great things from guys who carry the fixed blade ESEE's but I would like to know if anyone has experience with the folding. Any input would be great.

Hey juicer, this thread is a little old and we try and keep old threads from coming back from the grave. A better thread to ask your question would be the one I linked below. You can repost your question there or if you see this Corbs, just post your answer there. Thanks gentlemen!

"I may walk among the sheep...but make no mistake, I am the sheepdog."

Also tagged with one or more of these keywords: edc, everyday carry, every day carry, contest